Rescued and deradicalised women are returning to Boko Haram. Why?

Girls and women who join Boko Haram simply tend to see it as the best option available to them. 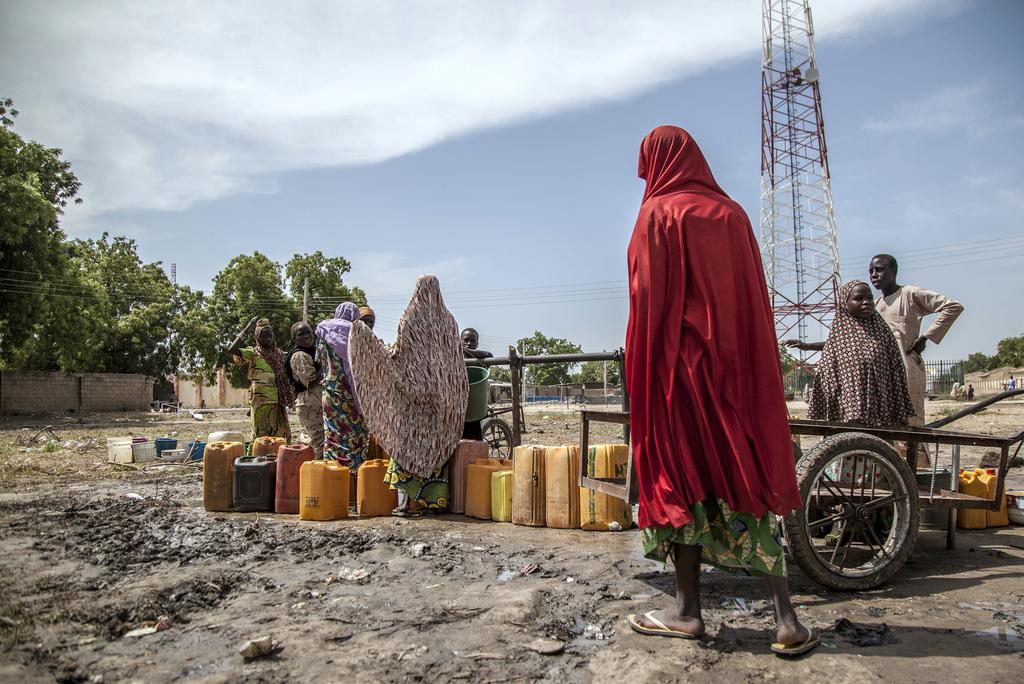 It is not uncommon to hear of girls and women escaping IDP camps to return to their Boko Haram husbands. Credit: UD.

This June, reports emerged that Aisha, the wife of Boko Haram commander, had fled her home in Maiduguri. The 25-year-old reportedly escaped the city to rejoin her husband Mamman Nur and other insurgents in the Sambisa Forest.

Stories of girls and young women leaving camps for internally-displaced persons to return to the notoriously brutal Boko Haram are not uncommon in north-eastern Nigeria. But Aisha’s story is particularly troubling. She had only recently completed a targeted, nine-month long deradicalisation programme.

If Aisha returned to Boko Haram despite all the resources dedicated to her deradicalisation and rehabilitation, what does the future hold for the scores of other women who receive significantly less support?

In my conversations with women who joined the Islamist militant group of their own volition, many cite the opportunities that being a member of the insurgency provides. Aisha, who benefitted particularly thanks to her husband’s senior role as a commander, told Reuters in February that she was given slaves who “washed, cooked, and babysat for her”. “Even the men respected me because I was Mamman Nur’s wife,” she boasted.

However, even women who were not wives of elite fighters reported that joining the group conveyed tangible benefits. One woman I spoke to said: “There was 100% better treatment as a wife under Boko Haram. There was more gifts, better food, and a lot of sex that I always enjoyed.”

Another girl who married into the insurgency told me she particularly enjoyed the sect’s mandatory, near-daily Quranic education. “I was happy because I was meeting with my friends and getting learning,” she said, contrasting this with her much more intermittent access to schooling outside the group.

As detailed in my new book Women and the War on Boko Haram, women also often joined the insurgency because of the material improvement it can bring. Many women said they were drawn to Boko Haram because brideprices are paid directly to women rather than their family and because purdah – the practice of wife seclusion that’s associated with the socio-economic elite in northern Nigeria – is practiced widely.

These benefits contrast with typical experiences outside the insurgency. Only 4% of girls in northern Nigeria complete secondary school, while a UK government report estimates that 80% of women in eight northern states are unable to read. Early marriage is prevalent, access to health care is meagre, and the maternal mortality rate in the region is five times the global average.

Women who are rescued or removed from Boko Haram return to the material deprivation and socio-political marginalisation that drove them to the group in the first place. But in addition, they may also come to face new forms of discrimination.

According to Dr Fatima Akilu, founder of the Neem Foundation, which provides psychosocial support, women who return home face the “possibility of violence”. Women may successfully go through the deradicalisation programme, she says, but then struggle in the community because of intense stigmatisation.

This accounts for both women who joined Boko Haram voluntarily and those abducted against their will. A UNICEF and International Alert report found that some community leaders are reticent to accept abducted women back into the community as “their ideas and ways of life may now be different and may not be good for the community”.

Despite widespread recognition of the problems of reintegration, there has yet to be a broad, community-oriented sensitisation programme to help girls return home. Furthermore, deradicalisation programmes generally do not focus on the sorts of livelihood development or skills acquisition that could help these single women support themselves and their children.

This mistrust and economic insecurity puts women who return at high risk of exploitation and gender-based violence.

Although some women may join Boko Haram out of ideological affinity or be radicalised over time once part of the group, all of the women I have spoken with joined the group because it seemed to be the best opportunity available to them.

Much policy attention has been paid to the need to counter violent extremism and deradicalise former fighters, but the best way to prevent people joining extremist groups like Boko Haram – or returning to them – lies in improving their quality of life outside the insurgency.

This means improving women’s access to healthcare, education, and social services as well as providing psychosocial support to those who have been traumatised. It also means tackling the stigma faced by women associated with Boko Haram, a problem that compounds their already marginalised economic and social position, making it all too easy for violent extremist groups to promise something better.

Hilary Matfess’ book Women and the War on Boko Haram Wives, Weapons, Witnesses is out on 3 November 2017.