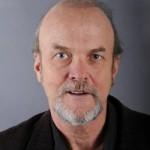 This is one of the questions posed by David E. Brown, a career American diplomat, in his report “The Challenge of Drug Trafficking To Democratic Governance and Human Security in West Africa,” published in May of this year. The report is a chilling indictment of political and military elites throughout West Africa who are making common cause with drug traffickers and money launderers in order to advance or protect their power and influence.

In regard to Guinea-Conakry — as opposed to Guinea-Bissau which already holds the dubious title of the world’s first “˜narco-state‘ — Brown writes that since “the coup in 2008 there have been reports of Latin American cocaine traders moving in significant numbers to Conakry, where some relatives of the late President Lansana Conté have an established interest in the cocaine trade. In 2010 the U.S. government designated Ousmane Conte, the son of Guinea’s late President, as a Tier 1 kingpin.”

This may appear a shocking development to some, but close observers of the situation, like Brown, are convinced that drugs and politics in West Africa have become intertwined to such an extent that the emergence of three or four more narco-states in the region, some with ties to international terrorist organizations, is not out of the question.

While most of the profits from this business never touch down in Africa, a fair amount is laundered in construction and legitimate businesses in such numbers that some observers cynically reflect that drug money is a net plus for the treasuries of these most impoverished nations.

This kind of thinking fails to take into account the long term effects of corruption and the social costs when drug dealing and drug using become endemic to the transit countries themselves. Already in relatively well off Nigeria and Ghana, drug kingpins have become cultural icons with the result that young people see the drug trade as a legitimate career path out of poverty. It will probably only be a matter of time that a Nollywood version of Jimmy Cliff’s 1972 classic Jamaican spliff film “The Harder They Come“ emerges from the neighborhoods of Lagos and onto the international festival circuit. In the last few years dozens of Nigerian nationals have been arrested for dealing drugs in such far-flung locales as Malaysia, Thailand and India.

For all its countercultural panache, the romanticizing of the drug trade obscures the deleterious effects of civic corruption and fails to address the underlying socio-economic rot which invades poor neighborhoods when drug kingpins and corrupt politicians get together. It also fails to address the threat faced by otherwise peaceful communities when drug gangs join forces with international terrorist organizations seeking to target Western or Israeli interests in their countries.

These days drugs produced in South America and South Asia are being transshipped to Europe or sold into West African neighborhoods through a wide variety of sources, some with connections to non-state political actors such as Hezbollah who use profits from drug sales to finance operations throughout the world. AQIM, Ansar Dine and the various Taureg elements involved in the civil conflict in Mali have also been accused of using drug profits to buy weapons and political allies.

There is mounting evidence that networks of Lebanese business people in West Africa and South America are using family and commercial ties to raise and launder money for groups such as Hezbollah, which uses the funds for operations in their traditional battle ground of south Lebanon (and now also for operations in Syria as well as across North and West Africa). If Iran ever pulls back from direct support of Hezbollah’s aggressive slate of international adventures, networks of supporters using proceeds from drug sales that are laundered through legitimate businesses such as used car sales will pick up the slack. In Nigeria three Lebanese businessmen are on trial for terrorism related charges after security forces discovered weapons caches that prosecutors are trying to link to a Hezbollah backed plot to attack Israeli and American targets in Nigeria.

In this case drugs are not implicated. Two of the suspects own, respectively, an amusement park and a supermarket.

One of the ironies of the situation is that in West Africa, Hezbollah and Al Qaeda operatives have also been doing deals with Israeli diamond merchants. If there is a buck to be made in the region, the enmities of elsewhere fly out the window. This sorry spectacle was reported on by former Washington Post West African Bureau Chief Douglas Farah in his 2004 book Blood from Stones :

An Israeli diamond dealer, who regularly did business with buyers he knew were Hezbollah and some he suspected were Al Qaeda, agreed. “Here it is business,” he said. “The wars are over there. Here we do business, there they do war.”

Levantine traders have been operating throughout West Africa for over a century. During this era they have built substantial fortunes and bases of political influence which they wield locally (even in places like Liberia which has made it virtually impossible for Lebanese to become citizens without marrying locals) but also back home in Lebanon. It is not surprising that since the Lebanese civil war of the “˜70s and 80’s  the fractious politics of the Levant have also washed ashore along the Gulf of Guinea.

If ever there was a community that practices the code of omerta it is the Lebanese of West Africa. Even though there is a symbiotic relationship between Lebanese money and African political power, there is nevertheless a stone wall dividing the communities in ways that have led to mutual distrust if not outright rancor.  For the most part, the last thing that Lebanese business people in West Africa want is the U.S. Drug Enforcement Agency or Interpol showing up at their storefronts searching for money laundering receipts or pictures of Hezbollah’s leader Hassan Nasrallah hanging in their bedrooms. To a large extent the success of Levantine business in West Africa is due to its historically low profile. Now that it is becoming clear that non-state political actors have infiltrated Levantine commercial networks, their preferred level of obscurity is about to be blown open by local prosecutors looking to audit books and warehouses and international security agencies looking to disrupt illicit transnational flows.

It is essential that security and law enforcement personnel looking into these networks not tar the whole community with criminal intent. In some countries Lebanese/African relations can be easily frayed and the Lebanese could easily become targets of demagoguery and victims of violence. This might make them more likely to turn to criminal gangs or organizations like Hezbollah for protection rather than local police.

There also needs to be an effort made to educate and fully support West African journalists — those courageous enough to take on the task — on how to investigate these types of criminal activities and to draw the lines, as in Guinea, between local politicians and international drug traffickers.  Due to capacity issues, the media in West Africa is generally unable to carry out investigative reporting on the major links between corruption, drug trafficking and international terrorism. It’s not an easy task, but it’s one that is essential in order to maintain any hope of resistance against the combined power of money, guns and corrupt politics.

As the situation in Mali continues to boil and the conflicts in Nigeria continue to escalate more and more international attention will be drawn to the region. International drug cartels and transnational political actors will find common cause and first-mover advantage in countries like Guinea, Sierra Leone, Liberia, etc. due to their weak legal structures, corrupt politicians, toothless journalism and unprotected borders.

As Brown points out:

“Separatists in Senegal’s Casamance Region are already using the drug trade to finance their rebellion and while they have historically used the sale of cannabis to do so, it is logical to assume that cocaine revenues will eventually contribute to this on-going instability, if they have not already.”

The first task, however, for international security agencies looking into ties between drugs and terror in West Africa is to really find out who is who, what are they doing, who they are connected to and what they are capable of. The complexity of the networks just described requires a level of sophisticated investigation and human intelligence that has heretofore been absent, hence the shock and dismay when Mali began to unravel. Another issue is that local authorities will try to link any threat to their power to “˜outside agitators or criminal conspiracies’ when in fact they may be referring to domestic groups with legitimate political grievances and interests.

Broad brush strokes and aggressive tactics will only exacerbate already complex enmities and might push the currently blameless into the arms of the bad guys. In that scenario nobody wins.

Michael J.M. Keating is the Director of the Center for Peace, Democracy and Development at the J.W. McCormack Graduate School of Policy and Global Studies at UMass Boston. He can be reached at  [email protected]