Politics
Home›African Arguments›Politics›What does the unilateral referendum for Abyei mean for the state’s people? – By Stephen Arrno

What does the unilateral referendum for Abyei mean for the state’s people? – By Stephen Arrno 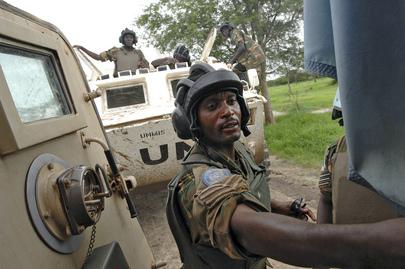 The on-going process of a “unilateral” referendum for Abyei has suffered condemnation by all stakeholders including the government of South Sudan. However, this “˜community referendum’, as christened by the Ngok Dinka, raises serious questions regarding the complexities in the Abyei protocol, giving no options for the Ngok people but to be at odds with regional and international bodies.

The African Union Peace and Security Council (AUPSC) was categorical in its communiqué issued after its 403rd meeting[i]  when it explicitly recognized the frustration arising from a delayed referendum. Nonetheless, the AUPS sent a forthright message warning of “unilateral action” by any of the stakeholders. The chairperson of the AU Commission Ms. Nkosazana Dlamini Zuma made further remarks terming the on-going plebiscite in Abyei as “illegal, irresponsible and unacceptable”[ii]. South Sudanese officials made similar remarks, including an extreme example by the Minister of Cabinet Affairs Martin Elia Lomuro who warned that if the people of Abyei do not heed to government then they are not South Sudanese[iii].

It is understood that these remarks and condemnations are being made to avert possible tensions and conflict that may arise; yet no institution, whether regional or national, took the logic of such defiance from the perspective of the Ngok Dinka. Indeed the Abyei protocol which is part of the 2005 Comprehensive Peace Agreement (CPA) remains and will currently go in history as the only protocol that has never been implemented since it was signed in 2004[iv].

Moreover, the Abyei protocol remains the only open protocol in the CPA that is constantly modified to accommodate serious hiccups arising between the two parties.  The Abyei area has generated many sub or supplementary agreements that include the 2008 “Road Map”[v], the June 2011 “Temporary Arrangements for the Administration and Security of the Abyei Area”[vi] and lastly the September 2012 African Union High Level Implementation Panel (AUHIP) proposal for the final status for Abyei. It is unfortunate that the essence of the protocol and its purposes have been eclipsed by the myriad subsequent agreements.

These temporary supplementary agreements dominate the scene and make any attempt to get to the crux of the original protocol futile. The two parties are trapped in endless debates on some of the provisions gained earlier as part of supplementary agreements that are meant to take the process forward and help the parties determine the final status of the region.

The Abyei protocol envisaged a delineation of the area within a few months – it foresaw the Abyei Boundary Commission’s (ABC) decision on defining the area as final and binding. Nevertheless, this was not the case as the ABC report was rejected forthrightly by Sudan. No breakthrough followed until the 2008 clashes in Abyei that prompted the signing of the Abyei road map and the formation of an administration by August of the same year and agreement to refer the issue of delineation to the Hague-based Permanent Court of Arbitration.

The subsequent ruling of the PCA on Abyei did not help either as disagreement resurfaced and the elections  for the Abyei administration and the referendum were left suspended until clashes erupted in May 2011.  The suspension of the referendum changed the political, administrative and social contexts. The reality on the ground today is that voters in Abyei will no longer choose between remaining in Kordofan or return to Bahr Al Ghazal as of 1905, but  will choose between remaining in Sudan or joining South Sudan.

What is now considered an “empty” move by the 9 Ngok Dinka chieftains to hold a unilateral plebiscite that will get no recognition is in fact a political statement by a community that found itself caught in a cyclical political conundrum.  Through taking the law in hand via a unilateral referendum, the people of Abyei have reached out to all actors to express their disaffection for a decade of indecisiveness and the suffering, humiliation and displacement – endured twice during the CPA period.

The unfolding reality in Abyei raises moral questions regarding the political rights of the Ngok Dinka and their rights to citizenship and political participation in a context where regional and global actors have lost control over mechanisms to enforce commitment to treaties.  I do not wish to reach the conclusion that it was a flawed agreement after all, but rather to outline the intricacies of treaties that are left without conclusion and are open to be renegotiated again and again.

The arrangements for conducting the referendum have changed, the context and the choices for the people of Abyei today are very different if the referendum is to take place according to the rules set in the 2004 protocol. The people of Abyei, if given a chance to vote today, will not vote to regain earlier status in Bahr Al Ghazal or ascertain status as part of Kordofan, the vote this time round is about whether to remain stateless or join either Sudan or South Sudan.

Stephen Arrno is a political analyst working in South Sudan.

[i] The Peace and Security Council of the African Union 403rd meeting Communiqué http://www.peaceau.org/uploads/psc-com403-abyei-26-10-2013.pdf

[ii] The AU strongly condemns holding of a unilateral “Referendum” in Abyei http://www.peaceau.org/uploads/auc.press.release.abyei.28.10.2013.pdf

[vi] Temporary Arrangements for the Administration and Security of the Abyei Area  June 20, 2011 http://www.sudanembassy.nl/images/pdf/Abyei-Signed-Agreement-20062011.pdf