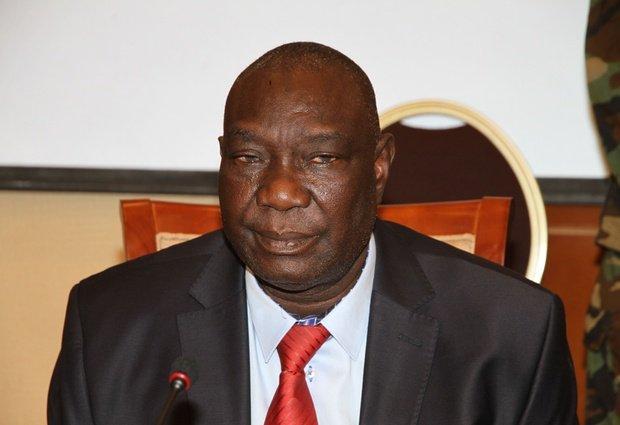 Michel Djotodia, transitional president of the CAR, is increasingly isolated after dissolving the Seleka coalition in September – only his own UFDR remain loyal to him.

We were referred to the latest Crisis Group briefing on the CAR.

“Over nine months, the weak Central African Republic (CAR) state has collapsed, triggering a serious humanitarian crisis, with 400,000 displaced and nearly half the population in need of assistance. The transition government and the regional security force have failed to prevent a descent into chaos in urban areas, in particular Bangui, as well as in the countryside.

The situation on the ground is deteriorating at a much faster pace than the international mobilisation, and Bangui is vulnerable to a total breakdown in law and order.

The risk of the CAR becoming ungovernable that Crisis Group highlighted in June 2013 is now real. The Seleka, a loose coalition of armed groups that took power in a March 2013 coup, has broken up into multiple armed factions, whose thuggery has triggered violent reactions among the population. Further, the conflict has taken on a religious undercurrent between the predominantly Muslim Seleka and Christian self-defence groups.

Instability has already spilled over the Cameroon border, and the combination of religious tensions and powerless transitional authorities is the perfect recipe for further deadly clashes between local populations and the various Seleka factions, especially in Bangui.”

We provided a detailed analysis of the Seleka coalition in our June report. The Seleka forces are nothing else than militiamen and bandits without any other agenda than ousting president Bozize and looting. Most of them come from the armed groups of the Vakaga region and they were accompanied by guns for hire from Darfur and Chad. Those were recruited with the prospect of looting CAR cities and, since they are in Bangui, they steal cars and other items and send them to Darfur. The Seleka coalition dissolved itself in May/June and turned into various groups of bandits that can be divided into 2 categories: those who remain loyal to Djotodia and the transitional authorities and those who behave without following Djotodia’s instructions. When Djotodia officially ended the Seleka in September, it was not a coalition any more. But it had vanished de facto several months before Djotodia ended it officially. Therefore, among the Seleka fighters Michel Djotodia can only trust his own militiamen from the UFDR.

3.      Are there new inter-religious tensions in the country and is this a new phenomenon? If so, what triggered these new tensions?

This large-scale religious violence is a new phenomenon. Of course there has always been religious tension between Christians and Muslims and slavery was practiced in the past in the country, but religious relations were generaly peaceful. There has been socioeconomic resentment against Muslims who dominate trade (especially in Bangui where the main market is under Chadian Muslims’ control) but the recent escalation of violence is due to the fact that the Muslim Seleka fighters have turned into a banditry problem, ventured into areas where they have never been before, especially the western part of the country – the fiefdom of former Bozize’s tribe – and committed exactions. This is the reason why the current situation is described by many CAR people as a Muslim attack.

4.      France recently stated that the country is on the verge of genocide. Would you say this term is overstated in the current CAR context?

5.      Is there a real possibility of a secession or break up of the country between north and south taking place? If so, why? And what would the implications and outcomes be on a national and international level?

The Sudan situation is sometimes used as a reference, but a division of this country along religious line cannot happen. First, the AU, the region and the UN will never accept this; secondly, the ‘Muslim part of the country’ has no significant resources and most of the people there are pastoralists. If there is a secession, the Muslims will lose access to the ‘rich’ part of the country.

6.      How realistic is the prospect of holding elections in 2015? What is Djotodia’s position on 2015 elections? How is he reacting to international pressure?

Given the security situation and the absence of basic administrative infrastructures, the timeframe for the election is unrealistic. Djotodia made clear several times that he will respect the Libreville agreement and will not be a candidate in 2015.

7.      To what extent is the CAR dependent on international aid and in which ways can this influence the political transition?

The international community will have to fund the transition because state coffers are empty. It will have to fund the reconstruction of basic administrative infrastructure and the elections. For the moment, only the EU is financing some small projects in Bangui, the CEMAC and especially Congo-Brazzaville have helped to pay the civil servants – all the rest is humanitarian aid.

Africa’s Skills Gap: Are the Diaspora the ...

Joe Shmoe may be able to backpack across Lomé with nothing more than the clothes on his back; you probably can’t. When I first started backpacking, I had a long ...
By continuing to browse this site, you agree to our use of cookies.