Bringing Eritrea in from the cold: we need to un-break the US-Ethiopia-Eritrea triangle – Awet T. Weldemichael 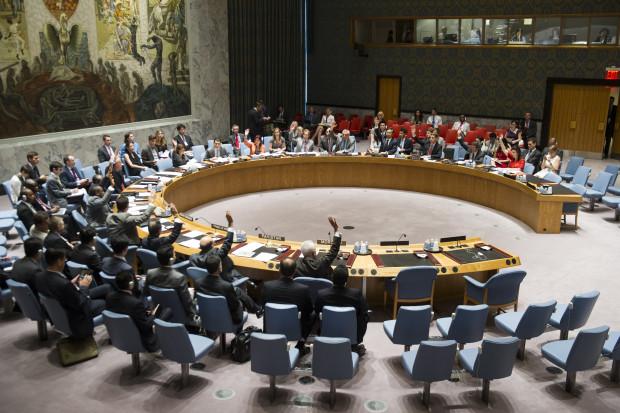 In a span of a month, three towering figures – if retired – in American foreign policy establishment on Africa publicly called for an end to the Eritrean-Ethiopian conflict and the rapprochement between the United States and Eritrea. In mid-December 2013, former Assistant Secretary of State for African Affairs Herman Cohen argued that bringing “Eritrea in from the cold” was overdue. On January 13th, onetime US Ambassador to Ethiopia David Shinn concurred and offered a critical analysis of the context leading up to and sustaining the Eritrean-Ethiopian deadlock, which deteriorated US relations with its former Horn of Africa ally, Eritrea. The next day, Ambassador Princeton Lyman, who recently spearheaded US diplomatic initiatives on Sudan and South Sudan, also welcomed Cohen’s call for an US-Eritrean rapprochement but opined that the estrangement persisted not for lack of trying to break it. While Cohen did not say anything that implies the process would be easy, Shinn and Lyman are right to point out the difficulty – past and future.

All these are welcome signs of – or at least invitations for – the much needed thawing of relations between the United States and Eritrea, which have shared, albeit underappreciated, strategic interests in the Red Sea basin. Moreover, such critical interjections bid well for a resolution to the Eritrean-Ethiopian impasse and an improvement of their relations, critical for regional stability and international security. Some points deserve to be regurgitated and a few others demand added emphasis to draw the sober attention of all concerned.

The United States is not an innocent bystander in its estrangement with Eritrea nor has it by any measure been a neutral broker in the broken relations between its former allies, Eritrea and Ethiopia. US-Eritrean relations deteriorated first because Washington betrayed its role as a guarantor of the June 2000 Algiers Agreement and tolerated – if not encouraged – Addis Ababa to renege on the binding ruling of the international court that in 2002 awarded to Eritrea the flash point of the border dispute. Against the advice of seasoned career diplomats, political appointees of the George W. Bush Administration were brazen in their search for alternatives to what had by then entered the books of international law. Eritrea’s refusal to budge, its insistence on the implementation of the EEBC ruling first, and its pursuit of what its leaders call an independent foreign policy did not sit well with the powers that be.

When the Obama Administration took over, the figures who had helped negotiate the difficult peace agreement came back full force. But, while leftover personal ill feelings cannot be discounted, eight years of misguided US policies and Eritrean vitriol limited their options. Instead of being flexible and creative within the little room that they had left, the new foreign policy team lazily maintained the entrenched eight-year old policy: upping the pressure on Eritrea and pushing it further into the corner until it is cowed into line.

In 2009, Washington crafted a United Nations Security Council resolution to punish Asmara on the basis of some unverified and some unverifiable claims, and other utter fabrications of the Somalia Eritrea Monitoring Group. In maintaining the sanctions, American foreign policy architects were so adamant that in late December 2011 they created a dangerous precedent of denying the head of state of a UN member, and a defendant in a serious case at that, a hearing at the Security Council.

The methodical denial of Eritrea’s right took place in three steps: The Security Council Presidency procrastinated to acknowledge and grant the request of President Isaias Afwerki to address the world body during its debate on the motion to renew the sanctions against Eritrea. Once that hurdle was overcome, the United States Embassy in Asmara delayed issuing the Eritrean president a US visa to enable him to travel to New York. And finally, the Security Council President, Ambassador Nelson Messone of Gabon (also an U.S. citizen), suddenly put the motion in “˜blue’, i.e. on an expedited track, for no good reason.

The long laundry list of Washington’s consequential malice against little Eritrea during the short decade comes on the heels of an even longer-established, far more devastating American hostility toward the existence of an independent Eritrea, a baggage that Eritreans are quick to point to. While seemingly impossible, however, it is not inconceivable for US-Eritrea relations to start afresh from a cleaner slate in spite, and not because, of their history. That will first and foremost require US appreciation of its strategic interests with and in a stable Eritrean state and that it should endeavor to make the latter sustainable; an acknowledgment by both Eritrean and American policy makers that the US is not the custodian of resuming relations between Asmara and Addis Ababa; and a recognition that there may be other actors working to restore relations between the two countries (or, for that matter, to spoil them even further).

In late 2008, the then Ethiopia PM Meles Zenawi confided in an individual intermediary that he was prepared to pull Ethiopian troops out of Eritrean territory if President Isaias Afwerki provided credible assurances that he would allow the normalization of relations between the two countries – which the latter did. That promising initiative faltered because of unwarranted aggressive external intrusion. Were Ethiopian leaders to reaffirm their unconditional acceptance of the EEBC ruling and give similar assurances to unilaterally withdraw their forces from all occupied Eritrean territories, it may be worthwhile for Eritrea of its own volition to consider an alternative to the sequencing of issues. The least evil of the available choices – and one that may not have been considered before – may be for a neutral international force acceptable to Asmara (Sudan, Qatar, Turkey, India, Pakistan) to step in the place of the withdrawing Ethiopian forces for a limited agreed up on time (and ideally not exceeding 30 days). The two countries would commit that, once Ethiopian withdrawals are completed, they would take meaningful steps during the specified timeframe to normalize relations and lay substantive parameters of physically demarcating their borders on the ground.

But pushing for such a creative compromise and asking Eritrea to make such a hefty concession will require adequate understanding of and preparation for the fact that, in the absence of the intellectually formidable, diplomatically savvy and politically domineering Meles Zenawi, dealing with Ethiopia is not quite the same. There now are at least half a dozen powerful personalities running Ethiopia (Prime Minister Hailemariam is but one of them). They lack consensus, and the strength and tact of their departed leader to chart a new approach toward Eritrea. The only consensus they have so far forged – notwithstanding the prime minister’s public relations stunt of being ready to travel to Asmara to negotiate with his Eritrean counterpart – seems to be staying the course on Eritrea and preserving what they call “the Meles legacy.” Dissimulating anxiety at Eritrea becoming another failed state on their border, these two approaches are meant to weaken Eritrea.

It bids well for future US-Eritrean and Eritrean-Ethiopian relations for Washington to help disabuse Addis Ababa of these contradictions and persuade Ethiopian leaders to abide by international law. Legal and responsible resolution of Eritrean-Ethiopian disputes and their cooperation in pursuit of palpable common interests would be of greatest service to international security, regional stability, and to US-Eritrean relations. Rapprochement between Eritrea and the United States is not mutually exclusive with the existing US-Ethiopian relations; they are complimentary to one another. Legal resolution of the current Eritrean-Ethiopian stalemate, the two countries’ recognition of their shared strategic interests, and their transparent and forward looking cooperation would make it easier for the United States to pursue balanced bilateral as well as trilateral partnerships with the two countries.

I would be remiss of my duties as a citizen to conclude without calling on the Government of Eritrea to seize on every opportunity that could lead to the end of the Eritrean-Ethiopian conflict and the start of rapprochement with the United States. This would in turn allow Eritreans to focus on and address the long-stalled political process inside the country through inclusive and integrated processes of national reconciliation and political transition.

Dr. Awet T. Weldemichael is the author of Third World Colonialism and Strategies of Liberation: Eritrea and East Timor Compared. He teaches history at the University of Kentucky. The views expressed here are the author’s own, and do not represent the views of any institution or group that the author is affiliated with.