A letter from Yambio, South Sudan – By Aly Verjee 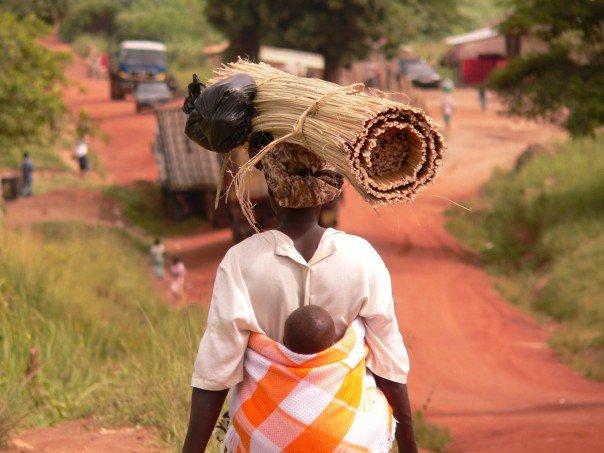 In Yambio, Western Equatoria, South Sudan, life continues, almost as before.  The market here does not bustle – ambles would be a more accurate descriptor of pace.  The banks function, construction continues, the schools are open.  People go to work.  The post office still sells stamps from Khartoum, denominated in Sudanese pounds, as well as those issued more recently by the postal authorities in Juba.  I buy a few.  There haven’t been any mail deliveries in 2014, though, so mail workers find other ways of occupying their time while waiting for that rare creature: a customer.

I’m keen to find honey for friends in Juba.  There’s still not much of a market for the product: plenty of supply, little demand locally.  In an unintended tax on gluttony, half a litre is 6 SSP, but 1.5 litres is priced at 20 SSP.  Later, I meet the governor, who tells of his woes with bees keen to establish their home in the roof of his residence.  The bees are repeatedly evicted, but persistently return.

The only other guest at the hotel, an Indian trader from Agra, is here to open a shop to sell motorbikes, spare parts and sundry goods.  We talk of his business, the availability of lemons and spices in the market, the fortunes of India’s cricket team, what goods can be sent back to Juba and on to Dubai in the otherwise empty containers that must be returned.  He is keen on teak, I lobby for honey.  He listens, but is unconvinced.

On Sunday, I attend a church service in Gangura, about 20 kilometres south of Yambio, towards Congo.  Nobody outside of Western Equatoria would have heard of this place were it not for the LRA, which attacked villages in the area a few years ago.  Four couples are married today, not all of them young: Margaret and David, Paulino and Asunte, Jada and Hosanna, Antony and Jacita.  The sermon is in Zande, so I can’t pretend to follow, with the exception of one line.  The priest says: we are not Moro, we are not Bari, we are not Zande: first, we are people.

In Yambio town, the only immediate difference one discerns is the many young people, men and women, newly enlisted in the army.  Still in training, they are not yet entrusted with uniforms or weapons.  Instead, around their shoulders they carry bits of wood, fashioned in the shape of AK-47s, the word ‘gun’ helpfully written in big black letters along the trunk-barrel, held in place by bits of string or adapted luggage straps.

At Nzara, 30 minutes by road from Yambio, that other contingent of UPDF, the ones here to find Joseph Kony and the LRA, are sleeping.  There are some changes amongst this apparent normalcy: the SPLA barracks just down the road is empty, its former inhabitants either deployed or deserted.

Everyone I speak with is worried about the situation elsewhere in the country.  A common feeling is that the community, particularly the Zande, are unfairly being asked to prove their loyalty to the government.  For some, the politics of Juba are irrelevant; for many, Juba is felt only for where it is absent.  We solve our own problems here, some say, and when you speak about security it is the LRA that still is mentioned first, and cattle raiding spilling over from neighbouring states.  Earlier, Mundri, and the road east to Juba saw some incidents related to the current conflict, but elsewhere, the state has been calm.

What will happen in Western Equatoria?  What happens if, or when the money runs out, the transfers from central government diminish or cease?  To say there is relative quiet here is not to discount what has happened elsewhere.  People are distressed at what has happened but mostly don’t see what they can individually do to effect change.  The new normal is to go about your business and hope and pray for the best.  In Western Equatoria, South Sudan seems a country of two halves: the side plunged into violence, recrimination and mistrust is today more prominent, but elsewhere, life goes on and things are much the same.  No one here denies security matters and may be at risk; but it is jobs, education and economic opportunity that people equally prize.  Why don’t more people invest here, the governor asks?  We have everything!  The answers are many, but I don’t feel like dismissing the optimism of the meeting, and besides, I’m sure he has heard all the arguments before.  Perhaps the state’s remoteness is for now a blessing.  It feels that way, even as columns of new SPLA recruits laugh and play as they walk through the town, along the roads, across the airstrip.

Aly Verjee is senior researcher at the Rift Valley Institute, and blogs at http://thoughtsonthesudans.wordpress.com