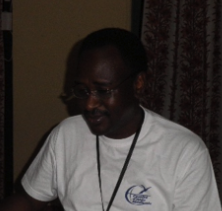 The Plight of Sudan, Politicization of Humanitarian Access and the Hypocrisy of the International Community

During the Nigerian Biafra armed conflict, between 1967–70, many humanitarian agencies led a cross-border air-bridge into Biafra from Sao Tome. This cross-border access operation was started by a consortium of church agencies – Joint Church Aid – frustrated with official International Committee of the Red Cross (ICRC) and UN operations that were being negotiated with the Nigerian government. Joint Church Aid flew 66,000 tons of relief supplies into Biafra on 5,310 relief flights and had several planes shot down by the Nigerian air force.

In the Ethiopian civil war of the 1980s, church agencies formed a consortium in Sudan, the Emergency Relief Desk (ERD) to channel humanitarian support to the famine and conflict affected communities in Tigray and Eritrea, without the consent of the sovereign state. The ERD was established in 1981 and worked directly with the Eritrean Relief Association (ERA) and the Relief Society of Tigray (REST), the relief wings of the Eritrean People’s Liberation Front (EPLF) and the Tigrayan People’s Liberation Front (TPLF). ERA and REST managed the delivery and monitoring of relief operations with limited oversight by ERD teams making cross-border assessments. Through my work in the late 1980s with “Euro-Action ACORD”, which was a member of the ERD, I was able to gain insights on various aspects of this operation. Later on, during 1994-1996, I was involved in some of ACORD’s activities in Ethiopia and Eritrea, where I was able to get further exposure to that historical cross-border access operation.

In 1989 the same international community, led by the United Nations, struck a deal and managed a negotiated access humanitarian operation to the conflict areas (between Sudan and Southern Sudan) with the consensus and agreement of the government and the rebel group (SPLM/A) to territories controlled by both.

In 1997- 2000 during the armed conflict between the Asmara-based Sudanese National Democratic Alliance forces (which were then aligned with the SPLM and other secular forces mainly formed by splinter Sudanese army generals) and the Sudanese government forces around the eastern borders of Sudan, battles were fought which resulted in the NDA forces capturing of several areas (such as Togan, Hamishkoreb, Garora, Menza, Yaguru, and Yabashir). The international community did not hesitate to support a major rogue cross-border operation to areas under control of SPLA, the Beja Congress, and Sudan Alliance Forces (SAF) in eastern Sudan and Blue Nile. Through my personal involvement in that humanitarian effort, I observed that the international community was even prepared to consider the expansion of OLS to officially cover eastern Sudan and Blue Nile, were it not for the reservations of the military forces under the NDA.

2013 and 2014 witnessed the international community openly considering a ‘rogue’ humanitarian model, similar to the ERD and Biafra intervention, to access areas controlled by the armed opposition groups to deliver aid within the Syrian humanitarian crisis in a way that did not require the blessing or consent of the sovereign state of Syria.

In Afghanistan, where I am currently stationed for work, INGOs are undergoing quite a painful struggle to shape a document on “Access Principles” which is intended to cross barriers of conservative and politicized humanitarian thinking, considering the anticipated crisis resulting from the withdrawal of international troops in 2014, and the likely need to negotiate with all parties to access people in need, regardless of whether they are in the western supported government or Taliban controlled territories in the highly divided Afghanistan.

In Sudan, on the other hand, with the secession of South Sudan, international geopolitics witnessed drastic changes, and regardless of the decades of conflicts and the millions of Sudanese trapped in the conflict zones in rebel-controlled areas in Darfur, Nuba Mountains, and Blue Nile  and in a reflection of hypocrisy and double standards, the international community never seriously considered any form of exceptional humanitarian access arrangements, for the current north Sudan, similar to Biafra, Eritrea, Tigray, Syria or South Sudan (OLS). In fact, the whole humanitarian dossier of Sudan is currently left to be part and parcel of the overall Sudan protracted political crisis negotiations, and fully subject to the blessing of the government in Khartoum.

Scope of the Current Humanitarian Crisis in Sudan

According to IDMC (International Displacement Monitoring Centre) data estimates for the total number of IDPs for all of Sudan (as of 2013), the figure includes the following estimates:

The recent (2014) conflict in South Sudan has also had serious repercussions for the estimated 800,000 IDPs in Sudan’s South Kordofan and Blue Nile states. A poor harvest, caused by a limited rainy season and intense insecurity, has left them almost entirely reliant on food coming from outside. Recent fighting has interrupted land and river transport to both of these regions, leaving thousands without food or medicines. The Sudan Relief and Rehabilitation Agency (SRRA) based in South Kordofan and Blue Nile warned, on 17 January 2014, that the situation in Blue Nile state is particularly grave – if food and medicines are not delivered immediately, hundreds will die of hunger and disease in the coming months. http://www.hart-uk.org/blog/south-sudan-crisis-impact-nuba-mountains-blue-nile/

On 14 February, 2014 in negotiations between the parties to the conflict in Sudan, the  Sudan People’s Liberation Movement North (SPLM-N) criticized the position paper presented by the Government of Sudan during the first days of negotiations, saying Khartoum is only interested in partial Solutions. The Sudanese government delegation, in its position paper suggested discussing a cessation of hostilities, security arrangements and a set of principles to form a joint security committee, as well as ways to deliver humanitarian aid to affected civilians in the Two Areas. Khartoum also underlined the need to cooperate in a national framework with other political forces to prepare a permanent constitution for the country.

However, the SPLM-N indicated that the government’s paper did not refer to the 28 June Framework Agreement signed in 2011 but abrogated by the Government, which stipulates that once an agreement on the Two Areas is sealed, the two parties would work in partnership to hold a comprehensive and inclusive process for democratic change. The SPLM-N also demanded a broader humanitarian cessation of hostilities, for Blue Nile, South Kordofan states, and in the Darfur region, and proposed to open humanitarian access to civilians in rebel controlled areas in southern and western Sudan. Eventually the talks ended with no agreement between the parties on any one issue.

Given the record of politics of Sudan, one does not expect an agreement to be reached soon, and if it is reached, it might well be dishonored, like many previous agreements. In the meantime, the plight and the suffering of hundreds of thousands of Sudanese remains unaddressed. For both the GoS and the armed movements, unfortunately, the humanitarian agenda is considered a tool for political negotiations, not a genuine concern requiring urgent response.

A role for the armed groups before the international community:

One criticism of armed groups controlling territories is the role that they play in the alleviation of the humanitarian suffering of the people trapped in these areas. These forces should be seen not only as occupiers of the land, defending positions against government forces, but as a civil authority that helps in the rebuilding and development of civil administration and civil society, rule of law, emergency response, recovery and rural development in areas under their control, through mobilization of local communities and utilizing, in part at least, local resources for such purposes.

In his book “Guerrilla Government: Political Changes in South Sudan during the 1990″ í˜ystein H. Rolandsen quoted African Rights view on the SPLM/A controlled areas as follows:

“African Rights maintains that the local SPLM/A and SRRA apparatus for administering and assisting the local population in SPLA controlled areas was insignificant before Operation Lifeline Sudan was initiated in 1989. Alex de Waal states:

The SPLA put military victory before political mobilization: the political philosophy of its leader, Dr. John Garang, was to capture state power and then use it as an instrument for social transformation from above. In the meantime the SPLA made no attempt to deliver social reforms or welfare. At its best its administration represented benevolent paternalism, at its worst it was violent and extractive. SPLA military tactics created food shortages in many areas (by requisitioning food, labor, and livestock) and exacerbated them in others.

According to African Rights, the first OLS period (1989–91) represented an opportunity lost, since the new flow of resources could have been used by the SPLM/A to expand and consolidate its control over the captured territory and its population.”

Given the conventional attitude of the international community, that in armed conflicts, food aid provided to a losing party will unnecessarily sustain that party and prolong the conflict, as well as the new geopolitical realities in the region which have reduced the international community’s focus on Sudan since the separation of the South, the author sincerely hopes that the leadership of the SPLM-N and other armed groups do not maintain current positions and rather uses the current opportunity for the good of the communities in these areas, in a true expression of the humanitarian compassion to assist in the delivery on the needed support.

It is widely believed that currently more than 500,000 people in the Nuba Mountains and Blue Nile region of Sudan face a level 4 humanitarian crisis, which is one step below a full-scale famine. The past record of the Sudan government and the current status of the peace talks do not provide for prospects for a resolution of the conflict in the near future, and the subsequent reopening of safe passage for humanitarian support.

The Centre for International Peace and Development (CIPAD), therefore proposes the launch of a cross border operation for humanitarian access to the Blue Nile, the Nuba Mountains and Darfur from neighbouring countries. Such an operation should not only address the humanitarian needs of Sudanese refugees in these countries, but also tackle the more demanding humanitarian and protection needs of hundreds of thousands of IDPs and conflict affected communities in the non-government held zones in the Three Areas, as well as provide the prerequisites for rebuilding lives and livelihoods within these areas, sowing the seeds for a lasting peace.

Ahmed Hassan is a Sudanese peace activist and international humanitarian worker with work experience of over 22 years, covering more than 10 countries in East Africa, South, Southeast, and Central Asia. Currently works as resident Director for International Charity in Afghanistan, and is also Co Director, with Hamdan Goumaa, for CIPAD-the Centre for International Peace and Development (www.ipdcentre.org) , a newly founded peace and development research agency, based in the US with focus on the Sudan and the Horn of Africa issues.