Central African Republic; where the state has disappeared and violence reigns – By Koert Lindijer 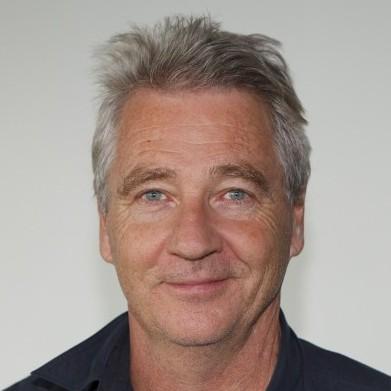 Koert Lindijer is an award-winning journalist with the Dutch daily NRC-Handelsblad. His articles are not usually widely read in English, but we thought the Anglophone world should also benefit from Koert’s many years of experience reporting from Africa.

This week, Koert returns to the village of Zí¨ré, where in November he saw how Christians had been attacked and slain by Muslim gangs. Now the roles are reversed.

Amidst the rubble of the destroyed mosque of Zí¨ré, in the middle of the Central African Republic, kids mock the Muslim mode of praying. They push their bottoms in to the air and jeer: “Allah, get the hell out of here “. The elderly also join in and shout: “We never want to see them here anymore.”

Deep hateful cries sound in all corners of the country. Christian youths with machetes cleanse the land of Muslims. More than a thousand mosques and Koranic schools have been smashed into ruins; more than a hundred imams have been killed. A handful of remaining Muslims have become trapped, and are sheltered in enclaves guarded by international peacekeepers. The roles are reversed in the Central African Republic – the country is in even greater chaos than it was a few months ago. The terror of one group has been replaced by that of the other.

The CAR has been liberated from the marauding warriors of Séléka, a loose coalition of rebel gangs from the Muslim populated North East.  Séléka held sway in the capital Bangui since March last year. They were expelled in December by thousands of youths armed with machetes, spears and shotguns from the Christian militias of the “˜Anti Balaka’, a loose alliance of self-defence groups in rural areas.

Until recently, the Muslim population was about 15 per cent of the five million Central Africans. Now they have almost all fled. Factions of Séléka have however started to regroup in the north. From there the warriors resumed their attacks on Christian villages. In January, a new interim president was appointed, Catherine Samba-Panza. But neither her office, nor the presence of two thousand French and six thousand African peacekeepers, has brought the violence to a halt.

After the revenge of Séléka

Zí¨ré looked like a ghost town when I visited in November.  All the buildings had been destroyed with the exception of the mosque.  After reprisals from the Séléka fighters, all inhabitants ran and hid in the bushes living like rats. Now the Christian inhabitants have returned, but their three small churches, the school, the clinic, and all the houses are blackened. Most villagers still sleep outside. “How can we build our lives again, we have nothing left,” complains the chief Faustin Dore. “The Muslims even stole my chain of office.”

Women carrying firewood on their heads dare to walk again on the sandy path from Zí¨ré to Bossangoa.  A single moped chugs past. Children paddle in the streams under mango trees, and men are baking bricks to rebuild their houses or searching for reeds to make the roofs. These materials are all scarce because Séléka have burned down everything.

The few remaining Muslims in Bossangoa take shelter in l’ í‰cole de Liberté. There were once up to ten thousand Muslims living in the town. “If I get 100 yards away from the school, I’m dead,” said Ismail Nafi, the Imam of Bossangoa. The old man shows on his cell phone a video of jubilant Christians setting a Muslim on fire. “Hundreds of members of my people have been killed by the Anti Balaka fighters, and they slaughtered all our cows,” says a man of the cattle herding Fulani tribe. They are all ready to leave for the north of the country as soon as they are provided an escort by the foreign peacekeepers. They want to go near the border with Chad, in order to join the tens of thousands of Muslim IDPs who are already camped in the border area.

Muslims were mainly active in trade and transport. Their important role in the economy created envy among the Christians. Their biggest problem now is that in perspective on the country’s Christians, Muslims and Séléka mean the same thing. Although religious leaders have called for reconciliation, the poisonous hate took religious dimensions. “Yeah, maybe we associated ourselves too much with Séléka” admits Imam Ismail Nafi carefully. “But Christians are equal to the Anti Balaka. What is the difference between the violence of one group and that of the other?”

Nicolas Poiraud has just visited the besieged Imam of Bossangoa. The French scholar is conducting research among the displaced Muslims in the north of the Central African Republic and in southern Chad. “There is now a justification for jihad because with their attacks on mosques, the Anti-Balaka fighters commit sacrilege against the Koran,” he says. The Afghan Taliban recently expressed support for the oppressed believers in Central African Republic. “Muslims of the CAR are moderate, but with the radical Boko Haram not too far away in Nigeria there is a growing likelihood of an international jihad.”

The warriors of the Anti Balaka are poor illiterate youths from rural areas. Some operate autonomously, others are incited by politicians. Around Bossangoa there is a kind of order among them. Older men manage to keep the predatory instincts of the boys in check. At roadblocks they try to extort money, but after a gift of a few cigarettes they usually let cars through. Closer to the capital Bangui however, the atmosphere gets less friendly and more aggressive.

Dozens of wild screaming young people with bloodshot eyes cart away on their heads green corrugated iron roofs, chairs and cupboards from a dismantled mosque. Nearby a convoy of French soldiers stands still, without intervening. Peacekeepers mainly from Rwanda, a country that sank into a similar disorder in 1994, have tried in recent weeks to crack down on the looting. At a barricade youths demand money, lots of money. “We have liberated you from the Séléka, now you must compensate us”, they shout and wave their knives. They smell of booze. “Look! There, they have burned a Muslim,” my driver points to a pile of charred remains.

At the entrance of the town French tanks block the road. They protect the district PK 12, a small enclave of homes with a population of two thousand Muslims. Ibrahim Allawad introduces himself as their leader. “We have beaten off many attacks by the Anti Balaka,” he says, “but we cannot hold on much longer. Let Al Qaeda come to protect us.” Then he says with threatening voice: “Wait, we will soon take revenge. We will destroy as many churches as the mosques Christians are destroying.”

In the city thieves pull stuff out of our car and calmly walk away. No one takes action against crime. There are no more police, the prisons are all empty. Even President Samba-Panza goes to church protected by African peacekeepers, since she herself does not have an army. Officers have, for five months, not been paid a salary, schools and universities are closed. The state of the Central African Republic exists only in name.

Lucií«n Yaliki tries to keep a cool head in Bangui. He is a member of the interim parliament. “We urgently need to work on reconciliation, if only because we need the Muslims to trade. They paid a large part of the taxes.”

The first challenge, according to him, is to establish a semblance of state authority. “Those in power have never cared about the people. They were merely interested in the gold and diamond mines. Since independence in 1960, they almost always came to power through coups. That must change. We need a new political class. The poor and uneducated underclass is now taking revenge. ”

Chin on the dashboard

The next day Sebastian Wehezoui, a leader of the Anti Balaka in Bangui calls.  “We captured a Muslim terrorist. Come and see, we want to show you that the Muslims are waging a holy war against our country,” he says over the phone.

Along the way there is suddenly the sound of a machine gun. Bullets waft up small clouds of dust. In the ensuing commotion bystanders run helter skelter, others dive flat on the ground. My driver is no stranger to this scenario, and knows how to react. He slows the car down, hangs his chin just above the dashboard, puts it into reverse and takes a sharp corner in the roadside. This has almost become routine for him. The Anti Balaka tried to attack a group of disarmed Séléka soldiers, but peacekeepers that protected them shot back: seven people dead.

We proceed to our meeting. Over muddy paths we reach the command post of the Anti Balaka leader Sebastian Wehezoui. He launches into a violent tirade, and swings wildly with his hands. He had wanted to show us a captured jihadist. But unfortunately, his men have just slain him “accidentally”. “He looked like a Muslim and he had the addresses of many Muslim names in his phone.”

Wild gesticulating young men join us. They proudly display amulets hanging around their necks, meant for protection. There is a sweet smell of liquor. They drag along a man wearing long underwear. “Papa, look.”  They turn to me, “This is a thief and he is against us.” The tall lanky man in brown boxer shorts sinks down near my feet. He gets some kicks to the head. “We have to get out of here,” warns my driver. Then a boy wearing the cap of a famous English football club delivers a few solid kicks to the temple with his heavy boots. Blood flows all over the head of the sprawling man. Another one dead.

The Anti Balaka fighters are proud of themselves. They want their picture taken; with their wild wielding machetes. In the background a man goes on chopping wood, a woman works in her vegetable garden. Two boys in their neatly ironed Boy Scouts uniform take shy glances at the lifeless man in underpants. They walk on unconcerned, as if it was an everyday occurrence.