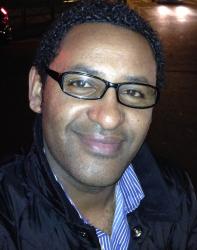 In the unfolding crisis surrounding the dispute over Crimea, it would not be totally inaccurate to say that as far as Africa is concerned, this is a problem in a far away corner of the world. It is also tempting to dismiss Africa as having little interest on the matter. One may accordingly conclude that should the matter come to a vote, either they would not participate in voting or they would simply vote as client states of big powers.

A closer look reveals something completely different. When on 27th March the 86th UN General Assembly tabled for a vote a resolution re “˜Territorial integrity of Ukraine’, not only that most African countries were present during the voting but also their participation in the voting was well-considered.

The result of the voting shows that while 168 of the 193 member states of the General Assembly were present, 100 of those supported the resolution, 58 abstained and 11 voted against it. The statistics of how African countries voted can be indicative of Africa’s changing role in world politics.

Much of Africa did not support the resolution

In terms of the voting, 28 Countries, accounting for more than half of African states, chose to abstain. If you add to this the half a dozen countries that did not bother to show up during the voting, it emerges that the vast majority of African states did not support the resolution.

Note that the composition of the countries that abstained is quite diverse. It includes countries with good democratic records such as South Africa and Botswana, large and small countries. Interestingly however, many of the major regional powers on the continent (Algeria, Angola, Egypt, Ethiopia, Kenya and Senegal) are in this camp. Although their number is far fewer than those who voted for the resolution, a number of Francophone countries also formed part of the group that abstained.

First, there is apprehension about what many consider to be the double standard of the global legal order in that international law is brought into the equation only when it is convenient, while it has been routinely disregarded in other cases. The cases of Iraq and Afghanistan and perhaps closer to home that of Libya are cited to support this.

Second and related to the first is that many did not believe and see the vote as a vote on respect for international law. Rather, they saw the dispute over Crimea a manifestation of a rivalry between the West and Russia, and international law was just a facade. And this is a rivalry to which most do not want to be part of and accordingly opted for a neutral stand.

Third, there is also the serious concern about the disregard of the manner in which the elected government of Ukraine was overthrown and what they consider to be the dangerous precedent this can set with all its destabilizing consequences. It is also to be recalled that within the auspicious of the African Union the discomfort and rejection of African countries for overthrow of elected governments was expressed in the decision to suspend Egypt from AU membership following the 3rd July 2013 removal of President Morsi from power.

Fourth, geo-strategic and national interest considerations loom very large in the calculations of some of African states. Here, these countries were of the view that voting in favor of the resolution does not bring them any credit from the sponsors of the resolution but could damage their relations with Russia. To put it differently, these African countries calculated that those who sponsored and campaigned for the resolution will not come to their rescue should Russia take action detrimental to their national interest.  Hence, they opted for taking the middle road position by abstaining.

Finally, there were also countries who felt that the best approach to handle the case is through dialogue rather than isolation of Russia. The representative of Botswana for example said while Botswana does not support dismemberment of states either through unilateral declaration or external pressure, in abstaining ‘Botswana wished to allow sufficient space for the diplomatic efforts’.

Finally, this may also express the dissatisfaction of many countries about the way the western dominated international legal order operates.

What to make of the countries who voted for the resolution?

The statistics also shows that 19 African states voted in favour of the resolution. Of these, about ten are francophone countries. Notable is also the fact that from the major powers on the continent, Nigeria was part of this group of countries which voted for the resolution.

Two things can be said regarding this camp. First, there are those African states which view Russia as having no bearing on their interest and in the current state of affairs they are generally disposed to vote with those who sponsored and campaigned for the resolution. Second, there are those countries which believed that whatever has been the position on previous violations of international law by other major powers it should not be used as a justification to tolerate or condone the violation of international law that the dispute over Crimea raises.  For example, Nigeria explained its position saying that it voted in favour ‘solely to protect the fundamental principles of international law and the Charter.’

If the voting pattern of African states (abstention and support) was to be presented on a map, it showthat while much of Africa abstained, the number of African states who voted for the resolution was not insignificant. Almost the entirety of Southern Africa, much of East Africa and a portion of west and North Africa abstained from voting. Most of Central Africa and significant part of West Africa voted supporting the resolution. In terms of existing political cleavage on the continent, the map would come close to illustrating the Anglophone and Francophone divide that has continued to bedevil the continent.

The comparison of the voting pattern between African states in the UN Security Council and those in the GA is also interesting. During the voting at the UNSC, African states joined those who voted for the resolution. If that was to be considered as a manifestation of Africa’s “˜public’ opinion, one would have ended with the wrong conclusions. Given that the majority of states including Rwanda abstained from voting at the GA, it clearly emerges that the vote in the UNSC was not representative of the majority view of Africa.

Two countries voted against the Resolution

Not unexpectedly, Sudan and Zimbabwe voted against the resolution. It can be seen as a protest vote against the West with which these countries have a troubled relationship.

What does all this mean for the international legal order?

Unlike the Cold War period, the voting pattern of African members of the UN on the resolution on Crimea shows that African states do not vote as client states of big powers. It might be more appropriate to say that their voting pattern reflects the changing global order involving multiple centres of power and Africa’s increasing willingness to assert its will.

In terms of blocks, one of the major, but new, blocks is what is known as “˜BRICS’. The majority of these countries abstained from voting on the GA resolution. Of course, many of these countries particularly China and India and increasingly Brazil are becoming major players on the continent. But unlike Russia and those who sponsored and campaigned for the resolution, these countries did not mobilize African countries to vote in a particular way.

Alongside the votes of India, Brazil, China and South Africa, a quarter of all G20 countries did not cast their support for the resolution. Much of Africa also voted similarly. If the abstention vote is seen as a refusal to condemn Russia or to support Ukraine and the West, then it was Africa that delivered almost half of it.

One conclusion that can be made is that much thought went in to the decision of African states on how they voted at the Assembly. It appears that rational considerations of global power dynamics, national interest and concerns over the international order weighed heavily on the various positions that African states adopted during the voting.

In any case, if Africa’s voting pattern is anything to go by, it seems to reinforce a world in flux and with diverse powers in which Africa is willing to act on its own accord.

Solomon A. Dersso is Senior Researcher on the Peace and Security Council Report Programme for Institute for Security Studies.