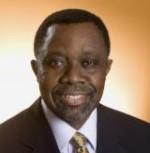 We hear a lot these days about “Africa Rising” – and with good reason. The region is growing at a record rate, with six of the world’s 10 fastest growing economies in the last decade in Sub-Saharan Africa. Apart from a relatively small handful of states where conflict is affecting development, growth is good, and in some cases exceptional. In 2012, Sierra Leone grew by an impressive 17.2%, and Angola, Nigeria, Ethiopia and Rwanda have all consistently exceeded 7% for the last few years.

Enabled by reforms in macroeconomic management, by high commodity prices, and by increasing exports of extractives, this growth has created a spirit of optimism, encouraged foreign investment, and provided an incentive for young Africans to return home after being educated abroad. Increasing earnings among some sectors of society have supported the emergence of an African middle class, with promising purchasing power.

But beneath the surface it’s not that simple. The rate of African growth may have increased, but the structure of most Sub-Saharan economies has not changed much over the past 40 years. African economies are still narrowly based on the production and export of unprocessed agricultural products, minerals, and crude oil. There is little manufacturing”” indeed, in many countries the share of manufacturing in GDP is lower now than in the 1970s.

Competitiveness on global markets – apart from crude extractive products – is low due to poor productivity and underdeveloped technology. And in most countries, more than 80% of the labor force is employed in low-yield agriculture or informal activities in towns and cities.

Thus the headline statistics disguise both residual problems and inherent vulnerabilities. Recent economic growth has not eliminated inequalities between or within countries, and has done little to reduce hunger. While the proportion of Africa’s population living in extreme poverty is falling, the total number of extremely poor people rose by more than 20 million between 2002 and 2012. Youth unemployment threatens instability, and while access to education has improved significantly, standards are still low.

This is not the first time that the continent has experienced growth of an unequal or unstable nature. Indeed, in the years after independence, the region’s economy was booming. But growth faltered in the mid-1970s following the first oil price shock, and the 1980s and the first half of the 1990s saw incomes fall and poverty increase.

How can we prevent this pattern repeating itself? This is the question our inaugural Africa Transformation Report aims to answer. Its core argument is that to ensure growth is sustainable and improves the lives of the many, governments need to address structural weaknesses, and deliberately and vigorously promote economic transformation, or growth with DEPTH.

This acronym stands for Diversification of production and exports, Export competitiveness, Productivity increases, and Technological advances – all leading to Human well-being.

To achieve transformation, African governments need to develop a vision for growth with DEPTH, and put the right policies in place to achieve it. Crucially, economic transformation can take place only in an environment of prudent macroeconomic policies, which in turn enable businesses to thrive.  Thus governments will need to increase their capacity for macroeconomic and public expenditure management.

They will also have to work hard to close the education and skills gap. By mid-century Sub-Saharan Africa will have a larger and younger workforce than India or China. This young and growing workforce could offer a global competitive advantage and be a great asset in driving economic transformation. Or it could be a drag on growth and a threat to social and political stability.

Education is the key. Governments and their development partners must redouble efforts to ensure universal primary education, boost secondary and tertiary enrollments, and improve the quality of teaching. They also need to align the education system to the requirements of the workplace. This will mean developing vocational and technical education, and supporting on-the- job training. Businesses clearly have a role to play here – and it’s in their interests to do so.

Creating an environment in which businesses can thrive is critical because it is ultimately the private sector that will spearhead the creation of employment and the production and distribution of goods. They will also be in a position to take the lead on upgrading technologies and production processes.

Our report identifies four pathways to change where government-business cooperation could yield dramatic and positive results in a short time: promoting labour-intensive manufacturing, adding value to agriculture, improving governance and management of the extractives sector, and boosting tourism.

We believe that by following these pathways, as part of a wider policy programme designed to promote transformation, Africa’s leaders can make sure that this time the boom lasts. In doing so they’ll ensure that the narrative of “˜Africa Rising’ proves more than a fairytale.

K.Y. Amoako is President of the African Center for Economic Transformation.