A year after Westgate: what has Kenya learned? – By Jeremy Lind and Patrick Mutahi 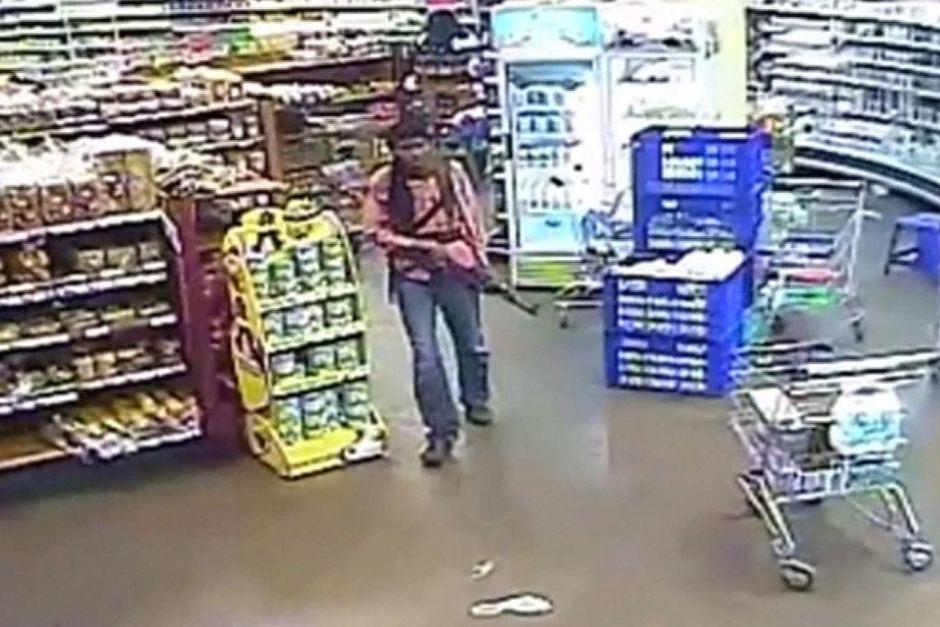 Video footage of one of the 4  Westgate terrorists during the attack in Sept 2013.

A year has passed since Al-Shabaab militants laid siege of the Westgate shopping centre in Nairobi. The attack, believed to have been carried out by four gunmen, left 67 dead and laid waste to the luxury complex. President Uhuru Kenyatta promised to form an independent Commission of Inquiry to investigate the attack and the actions by the police, armed forces and other responders.

It briefly seemed that the Westgate tragedy would precipitate a sober, hard-headed review of security threats and appropriate responses to these. Yet, twelve months on, and with many more attacks having transpired, insecurity has become the fodder of Kenya’s insipid politics rather than a catalyst for a serious debate. Meanwhile, as violence roils the country’s periphery and the prospect of further Al-Shabaab attacks looms, Nairobi has no coherent strategy to strengthen security. How did it go so wrong?

While the reasons for Kenya’s deteriorating security are complex, the central underlying logic of its security responses has been to externalise the threat. Al Shabaab is seen as an external threat to peace and stability in Kenya, which must be protected against conflict spill-overs from Somalia.

This logic underpinned Operation Linda Nchi, a military incursion by Kenya launched in 2011, ostensibly to create a buffer zone between it and areas of Somalia’s south stricken by warfare. Yet, insecurity has worsened measurably since then, with Kenya’s Anti-Terrorism Police Unit reporting 133 attacks in Kenya since the operation was launched. At least 264 people have been killed and 923 injured, with most attacks taking place in Kenya’s north-eastern and coastal regions.

The logic of externalising the threat is also apparent in Operation Usalama Watch, a ham-handed security operation that began in April and largely centred in Nairobi’s Somali neighbourhoods of Eastleigh and South C. More than 3,000 people were arrested and incarcerated in the city’s Kasarani stadium on various immigration and refugee infringements.

As of the middle of July, six refugees registered with the UNHCR were re-fouled to Somalia, including one mentally challenged individual and two children. The message was clear: Somalis do not belong in Kenya and they spread violence and insecurity in the country. Images circulating on social media of Somalis incarcerated in what appeared to be large cages affirmed the worst claims that Kenya’s police and security agencies are discriminatory toward and inhumane in their treatment of Somalis, many of whom hold Kenyan citizenship.

The Independent Policing Oversight Authority in July said that the police failed to uphold the requirements of Article 244 of the Constitution to strive for professionalism and discipline and to promote and practice transparency and accountability during the operation.

The debate that wasn’t

Kenya’s security responses have widened a gulf between its security and intelligence agencies and Somalis while doing little to improve security for most Kenyans. Meanwhile, Al Shabaab has shown itself adept at stoking deep-lying grievances amongst Kenya’s Somalis, Muslims and other Coastal communities, in effect localising its jihad in Kenya.

Al Shabaab claimed responsibility for the June massacre in Mpeketoni in Lamu County that left 60 dead. Kenyatta, who attributed the attacks instead to “˜local political networks,’ unwittingly, perhaps, moved security framings from a focus on external threats to internal divisions. Yet, he did so in a way that was ultimately divisive and damaging to building the broad political support needed to rethink security responses.

In the immediate aftermath of Mpeketoni, Interior Secretary Joseph Ole Lenku blamed the opposition Coalition for Reforms and Democracy (CORD) led by former Prime Minister Raila Odinga for inciting the public and stoking ethnic tension around the country leading to the violence. The arrest in July of Lamu Governor Issa Timamy, who police alleged was complicit in the Mpeketoni attacks, furthered the impression of partisanship and retributive politics at the heart of the government’s handling of worsening violence. A high court judge threw out the case earlier this month.

The recriminations and threats that flew following the attacks in Lamu County show that far more is at play than Al Shabaab infiltrators. Yet, Nairobi has learned little in the year since the Westgate attacks. While there was seeming public support in Kenya for Operation Usalama Watch, this should not be interpreted as backing for operations that target particular communities. Rather, a genuine sense of fear and uncertainty has taken hold. Understandably, in this climate, Kenya’s wananchi are looking for responses that are robust but also effective.

The government would be wise to end its finger-pointing and instead seek to encourage a political debate on how to strengthen security. Kenyatta’s promised Commission of Inquiry never materialised but could have provided insights into policing and intelligence failures, strengthening inter-agency coordination between the National Intelligence Service, regular police and Administration Police, and instilling greater discipline and professionalism in the military.

Further, there is need for strong commitment and engagement from the top on conducting comprehensive police reforms that goes to the heart of the service. The recent police recruitment exercise showed the country still has far to go to rid the force of corruption and favouritism. Police rank and file are in desperate need of training on community policing, another tool the government has brandished to improve security. However, its approach too often suggests a one-way relationship whereby the community is used for intelligence gathering rather than as a way to address the security concerns of communities themselves and, thus, building trust and confidence in policing institutions.

A strategic response to insecurity must consider many other major internal challenges ranging from land reform, to the structure of the overall economy and accumulation of wealth that excludes most, to the citizenship and rights of minorities and young people. A more nuanced understanding of the problem of worsening security, particularly one that asks the right questions, might lead to more appropriate responses.

Dr. Jeremy Lind is a Fellow of the Institute of Development Studies at the University of Sussex.