REVIEW: Rwanda 1994 – The Myth of the Akazu Genocide Conspiracy and Its Consequences 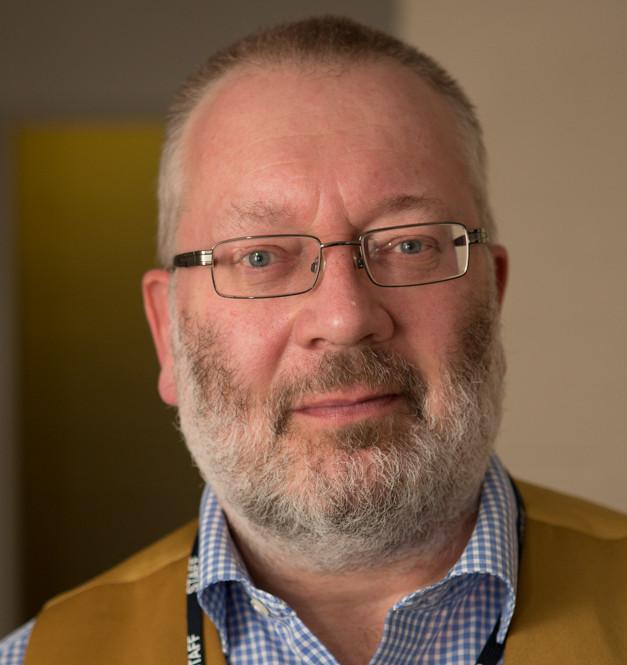 Review of Barrie Collins, Rwanda 1994: The Myth of the Akazu Genocide Conspiracy and Its Consequences, Basingstoke: Palgrave Macmillan 2014, £65.

Keith Somerville – Challenging accepted paradigms and questioning widely-held beliefs is a long-standing and very worthy strand of research and academic writing.  Similarly, polemical writing may prompt us to re-examine our beliefs and accepted truths. One only need to look at the polemical style adopted by Nick Davies in Flat Earth News, in which he questions key aspects of modern journalism to see how polemic can give us fresh ideas.  This is what Barrie Collins sets out to do in his new work on the Rwandan genocide.

The book is written with the premise that (in Collins’ words):  “the Rwandan genocide is highly problematic, to say the least. It is centred upon a totally false claim: that the Hutu-extremist Akazu planned and then implemented a genocide.” He contends that the Rwandan Patriotic Front (RPF) of Paul Kagame shot down President Habyarimana’s plane, had the Rwandan army on the back foot and so the mass killings of Tutsis “erupted without prior organisation or planning.”

He later makes the unsupportable claim that of the 800,000-1,000,000 Rwandans killed, the majority were probably Hutu and so could have been killed by the RPF.  This assertion is based solely on the use of spatial mapping software by two researchers who make a very rough estimate of how many Tutsis there may or may not have been living in Rwanda in 1994. They subsequently extrapolated how many might have been killed during the genocide and so make up the discrepancy between their estimate of total deaths by presuming a higher Hutu death toll.

Collins’s challenge to the broadly accepted narrative of the genocide does not work.  It is not a paradigm shift or a polemic based on convincing research or argument, it is the trotting out of the rather familiar genocide denial stream that Collins has previously constructed as part of the Living Marxism/LM and Spiked-online stable of polemicists – something conspicuously absent from the brief biographical details given in the book.

The book attempts to demolish the concept of the organization of a conspiracy by Hutu extremists desperate to cling on to political and economic power by any means.  Collins uses as part of his method a distortion of the arguments of those he wishes to criticise for building up what he says is an incorrect account that serves the interest of the US and the Kagame government in Rwanda.  He posits the idea of the genocide being planned and executed by Akazu as the central plank of the existing genocide narrative, though surprisingly, it is not until 131 pages into the book that he tells us, somewhat vaguely, what Akazu means.

His definition is that it was a “network of individuals well connected with Habyarimana and the old ruling elite. They are said to be members of Habyarimana’s Hutu clan.”  That is all well and good but not very precise – Akazu or “˜little house’ was the name of a network linked to Habyarimana’s wife rather than directly to the president himself. It was made up of her, her brothers, half-brothers and close clan and political allies. It had close links to Habyarimana and influence over him, but he was not part of it and as he moved unwillingly under African and international pressure to implement the peace accords with the RPF in 1993 and 1994, the Akazu and other Hutu militant groups became increasingly suspicious of him and his motives, fearing that to save his political position he would sell out dominance by those Hutus committed to Hutu superiority.

The discourse of writers like Prunier, Des Forges, Mamadani, Melvern, Gourevitch and others who have researched and written exhaustively since 1994 on the nature and causes of the genocide, has been that the Akazu was part, but not the entire aggregation of Hutu supremacists that became collectively known as “˜Hutu Power.’ This included leaders and members of the Interahamwe militia (formed as the militia of Habyarimana’s own MRND party but more extreme in its hatred of the Tutsi than Habyarimana), of extreme Hutu supremacy parties like the CDR, senior members of the armed forces, police and the highly organised hierarchy of local administration officials.

No credible writer has claimed that the Akazu acted alone or was solely responsible for the genocide. The idea of the “˜Akazu conspiracy’ is something of a straw man – comparatively easy to knock down. But Collins fails to provide a credible alternative to the role of the wider Hutu Power network in planning and carrying out the attempted genocide in order to prevent the loss of Hutu control and to prevent the restoration of full Tutsi political and civil rights. He also fails to destroy basis of this narrative and almost completely ignores the growing tension and antagonism between Hutu Power proponents and Habyarimana over democratisation, the role of Hutu moderate parties and the content and implementation of the Arusha Peace Accord between the Rwandan government and the RPF.  He incorrectly blames the RPF, on the basis of supposition rather than evidence, of the killing of Hutu politicians, which actually resulted from power struggles within the Hutu political community.

The work is extensively but selectively researched and at times imprecise.  We are told on the second page that the “aerial assassination” of Habyarimana and the president of Burundi took place with the international media focused on the inauguration of Mandela as South African president. The inauguration took place over a month after the shooting down of the plane and well after the genocide started. I was editor of the BBC World Service programme NewsHour on the night of 6 April 1994 when the plane was downed. I then ran the World Service programme team covering the South African elections – but I didn’t go out until two weeks later.

Certainly coverage of South Africa meant that there was little coverage of the genocide in Rwanda, but the elections started several weeks after the assassination and the inauguration later still. This imprecision is typical of the book.  There were journalists in Rwanda reporting the start of the killings and some, like Lindsey Hilsum of the Observer and a stringer for the BBC, was there throughout. Other journalists, like Richard Dowden, left South Africa at the end of April to investigate the Rwandan story. He saw the bodies of Tutsis being carried downstream in the Kagera River, bodies Collins claims were Hutus and were “macabre evidence of the RPF’s work.”  There is no evidence of this claim and it flies in the face of all that is known and of the eye-witness reports of journalists like Dowden and Hilary Andersson of the BBC, who witnessed the bodies flowing into neighbouring countries having been dumped in rivers and lakes by their Hutu killers.

Throughout the book, evidence that goes against the denial thesis is rejected or ignored and journalists like Philip Gourevitch traduced as hagiographers of Kagame.  One particularly glaring episode is the account of the investigations into the shooting down of Habyarimana’s plane. Collins firmly believes that the RPF shot down the plane – he quotes substantially from the report by the French judge Jean-Louis Bruguií¨re which put the blame on Kagame and the RPF and uses as evidence the testimony of fiercely anti-Kagame former members of the RPF. The author all but ignores the later and more detailed ballistic and forensic evidence in the judgement by Judge Marc Trevidic that the missile that downed the plane could only have been fired from an area of Kigali under the control of the Rwandan Presidential Guard, a unit that then took a major role in killing leading Tutsis and moderate Hutus. Mention of this report, which damages if not destroys his thesis of denial, is confined to a footnote and is not indexed.  The report was released in January 2012, allowing plenty of time for it to be included in this examination, but its inclusion would have damaged Collins’ thesis that the RPF killed Habyarimana as part of a plan to derail the Arusha accords.

A similar approach, dismissing or ignoring evidence which is not convenient, is used in dealing with the Tutsi-hatred discourse that was part of the Hutu supremacist ideology and was sharpest and most brutal in its manifestation as the core belief of the Hutu Power alliance. Collins says that in the Media Trial at the ICTR the defendants originally found guilty of inciting genocide in the newspaper Kangura and on Radio Télévision Libre des Milles Collines (RTLM) were acquitted on appeal of all genocide charges.  This is not correct. They were still found guilty on appeal of having aided and encouraged genocide.  Similarly, Théoneste Bagosora, believed to have been one of the prime movers in the genocide, was cleared of conspiracy to commit genocide but, and Collins omits this, was found guilty of genocide and crimes against humanity.

The author tries to deny the extreme anti-Tutsi hate broadcasting of  RTLM and seems to believe, or would have us believe, it did not, except on a very few occasions, call for the killing of Tutsis or carry out a campaign of agenda-setting hate against them.

Ultimately, Collins writes off those who wrote or argued for a discourse of genocide by Hutus as taken in by US and other Western accounts or as apologists for the RPF.  In his view, the RPF has to take responsibility for much of the killing and the killings carried out – methodically, effectively and with a higher daily rate than the Nazi Holocaust – by Hutus.  He contends that the killings were not planned by Hutu extremists but were redolent of “war-conditioned scapegoating” and “fear of the consequences of an RPF victory to generate a frenzied vigilantism.” Such an account is not only unbelievable when the speed and scale of killings is taken into account, but goes against testimony of eye-witnesses, of those who took part, and the research of academics, human rights activists and journalists. There is nothing in this book to suggest they were wrong.  It fails to bust any myths and adds nothing to our understanding of a hideous episode in human history.

Keith Somerville is a Senior Research Fellow at the Institute of Commonwealth Studies, University of London; teaches at the Centre of Journalism, University of Kent; and is the author of Radio Propaganda and the Broadcasting of Hatred: Historical Development and Definitions, which had as one of its case studies media incitement of hatred in Rwanda.

One year on from Sudan’s September protests ...