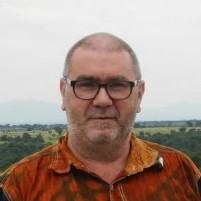 Lin Muyizere is a Dutchman. At least for the time being. On September 27th 2014 he received a letter from the State Secretary for Security and Justice communicating his intention to strip Muyizere of his Dutch citizenship because he had withheld essential information that should have been  disclosed during his naturalisation. Lin was born fifty years ago in Rwanda, but shortly after the genocide he left  with his two children to join his wife who was studying in the Netherlands. A few years later, their third child was born in their new homeland.

In January 2010 his wife, Victoire Ingabire, returned to Rwanda. She wanted to challenge the sitting president, Paul Kagame, in the presidential elections in August, as candidate of the United Democratic Forces (UDF). But she never participated. She clashed with the government and was persecuted in many ways and prevented from continuing her political activities. Her collaborators were intimidated and abused. Ingabire was put under house arrest and eventually sentenced to eight years in prison for terrorism, conspiracy in order to undermine the government and genocide denial.

Amnesty International asked for a prompt and fair appeal as, in their judgment, the trial fell short of international standards. The trial was marred by the court’s failure to ensure that evidence was properly tested, combined with the prosecution’s disregard for due process, says Sarah Jackson, Amnesty International’s Acting Deputy Africa Director.

Human Rights Watch also published a statement on the day of the verdict, in which their Africa Director Daniel Bekele clarified: “The prosecution of Ingabire for “˜genocide ideology’ and “˜divisionism’ illustrates the Rwandan government’s unwillingness to tolerate criticism and to accept the role of opposition parties in a democratic society.” Ingabire’s account has already been discussed extensively on African Arguments.

But today it is her husband’s turn: the Rwandan government has asked the Netherlands to extradite Lin Muyizere for his alleged role in the genocide. There is no indication that Muyizere actively supported violence or committed violence himself, but Rwanda wants the Dutch authorities to strip Muyizere of his nationality and to send him back to his native country. Jan Hofdijk, legal advisor of the family, is furious: “Rwanda uses Ingabire’s husband to break her. They have no evidence other than two anonymous witnesses. This letter is Muyizere’s death sentence.”

In Rwanda an open political debate exists only on paper. In practice, the country is organised as a one party state. The RPF (Rwandan Patriotic Front) does not only control the legislative, executive and judicial institutions, but also the press, and has created a repressive system with a deadly efficiency.

Dissenting opinions are marginalized in many ways. One is the legal prosecution of all who dare to question the vision and policy of the regime. Therefore a legal framework was created in which people are accused of divisionism, genocide or spreading genocide ideology. Because these charges are very vaguely defined in the law, it is of course very difficult to defend yourself against such them. Moreover, the Rwandan legal system is highly politicised.

In this way, every opinion that differs from the official point of view has been neutralized for years, not only in Rwanda but also within the Rwandan community outside the country. On New Year’s Day 2014 the dissident soldier and previously prominent member of Kagame’s inner circle, Patrick Karegeya, was murdered in a hotel room in Johannesburg. Faustin Kayumba Nyamwasa, another opponent living in South Africa, has been attacked at least three times since 2010.

Underneath the radar, far from the news spotlight, many lesser known people have been reported killed or disappeared. These events have been denounced by scholars as Susan Thompson or NGOs such as Human Rights Watch but have rarely been covered by the international press.

It is perplexing that the Netherlands, until further notice a respected democracy with strong adherence to the rule of law, is considering stripping its own citizen of his nationality and delivering him back to a merciless regime with little respect for human rights and justice. Lin Muyizere has no chance of a fair trial in Rwanda.