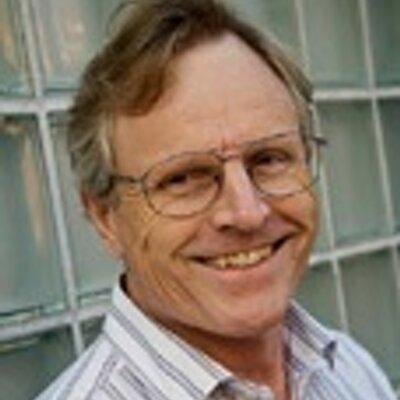 Last year, Diana Cammack and I concluded our book on Governance for Development in Africa with the thought that more aid for development should be delivered by organisations that are not donor agencies. Successful facilitation of institutional change is about problem solving. That means getting and retaining serious local knowledge. It means working in an adaptive, learning-oriented way. It excludes solution-driven approaches that try to implement detailed plans according to a blueprint. It seems doubtful, we argued, that official development agencies will ever achieve the quality of understanding and the management flexibility that this implies. Therefore, donors should be doing more things “˜at arm’s length’, delegating assistance to organisations that have demonstrated ability to work in the required ways.

One year on, the debate on these themes is evolving fast. Additional evidence has piled up on the value of an adaptive, problem-driven (PDIA) approach to institutional change. New connections have been made with fields outside of development where the prevalence of complexity and uncertainty has similar effects. Importantly, more case studies have appeared, providing real examples of “˜entrepreneurial’ development work, politically smart locally led (PSLL) development and arm’s-length funding, including evidence of superior impacts. Some of these – the latest centred on a Nigerian programme called SAVI – call for some nuancing of our scepticism about official aid.

In our book, we drew on research by the Africa Power and Politics Programme. That underlined the importance of unresolved coordination and collective-action problems in African development, among both leaders and led, elites and masses. For decades, the conventional wisdom has misconstrued these issues as being susceptible to standardised solutions, deliverable on a large scale by donor-funded programmes: better public management systems, stronger democratic safeguards and Voice and Accountability programmes that give citizens the means to “˜hold governments to account’.

Common to these familiar formulas is the assumption that development issues are fundamentally information-asymmetry problems – given better information about government performance and citizens’ entitlements, actors will behave differently and the supply of public goods will improve. This is a questionable assumption, because coordination and collective action challenges limit people’s options long before shortage of information of this kind becomes the issue.

Experience and evidence on the ground suggest that standard formulas for public management improvement and for enhancing citizen voice have little real impact. They do not improve the way bureaucracies or political systems work in poor developing countries. Independent evaluation studies of voice and accountability initiatives, including some that use statistically rigorous methods for assessing attribution, suggest these are dead-ends, flawed by an unduly adversarial approach as well as by the assumption that we know in advance what the problems are and how they can be solved. On the other hand, we are getting increasingly good documentation on the alternative. The alternative bears several names, Thinking and Working Politically (TWP), PDIA, PSLL, development entrepreneurship etc., but it has a substantial common core.

One of the most interesting for Africanists is the now well-documented experience of the DFID-funded SAVI programme in Nigeria. This is an initiative in 10 of Nigeria’s states where programme staff facilitate and mentor local actors who are finding ways of engaging constructively to get policy action on locally salient issues. The programme purposely does not engage NGOs to carry out pre-established advocacy, and it manages to elicit significant local initiative without providing grants. Although constrained by aspects of the wider DFID effort in Nigeria, the programme is delivering good results and illustrating a potential that could well be applied more widely.

The experience confirms that there are ways of identifying and working with intrinsically motivated local actors who have the needed knowledge, networks and creativity. Interestingly, the inspiration for the programme design comes from learning in the land-use and livelihoods programmes of the late 1990s and early 2000s, before “˜demand side governance’ became the flavour of the decade.

The documentation on SAVI now exists in two forms. First, a new “˜think piece’ Rising to the Challenge, by a trio of authors associated with the programme, expands on their previous Thinking and Acting Politically. Second, an ODI Discussion Paper complements this with a critical interpretation of the SAVI experience, relating it to the wider discussion about PSLL approaches.

The ODI paper confirms that SAVI’s practice is much more interesting than its formal status as a “˜demand side governance’ intervention might suggest. It also provides new reasons for believing that dedicated “˜governance’ programmes, generally, may have had their day. Politically smart change initiatives do best when they don’t make prior assumptions about the governance arrangements countries need and can achieve right now. They do well to allow this to be settled through coordinated practical efforts to address the most salient development and poverty-reduction issues of the day.

Putting it succinctly, donor governance programming should come out of its ghetto, which implies that governance specialists should stop working in silos. Those who think they understand governance should start contributing more directly to efforts to improve development outcomes, by making them politically smarter and more adaptive.

Is SAVI a case of donors providing assistance at arm’s length? Yes and no. Like several of the documented successes in the PSLL paper, it is a regular DFID programme, managed by a large contractor. But, like them, the programme has been allowed unusual space to develop an innovative approach. The question arising, therefore, is whether there are prospects, in the future, of DFID and other official donors becoming sufficiently flexible that they routinely delegate to their programme implementers the ability to chart a course that is informed by experience, learning-oriented and less donor-driven.

David Booth is a Research Fellow at the Overseas Development Institute (ODI).