Zimbabwe: Mnangagwa lines himself up for post-Mugabe leadership strike – By Tawanda Makwanye 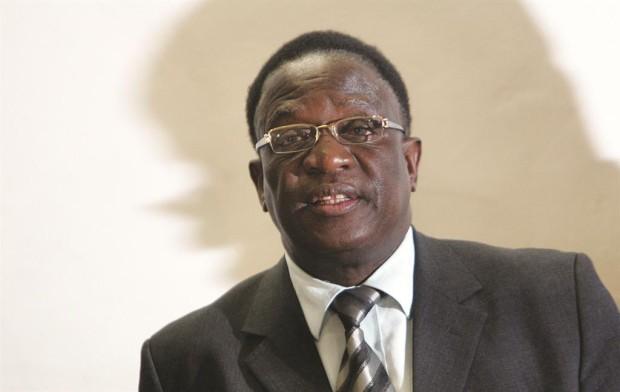 Emmerson Mnangagwa, Zanu-PF Justice Minister, is quietly lining himself up for a post-Mugabe world.

On the 9th December, delegates to the ZANU-PF’s elective congress will start to arrive in Harare. The congress, as usual, will be a tightly scripted event, with the inevitable endorsement of President Mugabe as the leader of the party for another five years.

As the succession race is likely to come to a head this December, it is the nomination of the vice presidential candidate, who presumably will succeed the President within the next four years, that will provide the moments of high drama.

Given Mugabe’s age and his fast deteriorating health, all signs are pointing to a 2018 presidential election without him as the ruling party’s candidate. The stakes are high for the usual contending political groups; that of the vice president, Joyce Mujuru, and her long-time rival, the current Minister of Justice, Emmerson Mnangagwa.

Who then, between these two, has an upper hand to take over from the only leader the Southern African nation has known since independence?

The thinking on who is winning and losing the battle to succeed Mugabe has changed so many time, but currently it is thought that the Vice President will clinch the leadership. The reason for such a prognosis being that Mujuru’s political group is seen as having control of almost all provincial leadership structures that make up the ZANU-PF party.

This assumption is misleading. Indeed, a close analysis shows that this notion has been forcefully put forth by two political groups; Mujuru’s political faction and the opposition, whose calculation is that the Vice President would be a much weaker opponent than Mnangagwa, who masterminded ZANU-PF’s come back in the 2008 election and the party’s emphatic win in 2013.

However, the provincial leadership, which reportedly has an inclination towards Mujuru, remains at the mercy of district leadership that elects it. These district chairs that used to make the provincial coordinating committees (disbanded by Mugabe to neutralise the influence of the Minister of Justice) are still controlled by Mnangagwa’s group.

Provincial chairpersons who are rumoured to be Mujuru’s allies have also reportedly been frustrated by district chairs in their day-to-day operations, with two of them threatening to step down.

Thus the provincial chairs might be impelled to forgo their preference if that choice runs contrary to what the district chairs want. In other words, contrary to the popular notion, their political compass is not firmly set.

Mujuru’s general succession pitch has been; “˜I am already the Vice President and therefore am in a better position than my rival’. At first sight this plan appears robust, but it has been dogged by two troubling elements. First, Mujuru has been frequently contradictory in her pronouncements about the succession. For example, whilst she publicly denies that she leads a faction and that she is in a succession race, she also has been quoted in public declaring her interest.

Second, history shows that declaring an interest in the succession with Mugabe still in the job has its perils. Not only has this been an unachievable aspiration, but in the past it has alienated the party leader and those united around Mugabe. Thus, apart from using her position within the party hierarchy, Mujuru has appears to have no other strategy to take over the leadership.

Mujuru’s political group is also weak. Since the death of her husband, former army Chief Solomon Mujuru, in 2012, the vice president’s faction has been in terminal decline. As a female politician, whose vice presidency was pushed not only by her influential husband, but also by the all-powerful ZANU-PF’s Women’s League, she has been deserted not only by the women’s group, but by some of the most influential women in the party. This includes Oppah Muchinguri, the long-time Godmother of ZANU-PF politics, and also the President’s wife, Grace Mugabe.

That said, however, Mujuru is aware that she has the power and authority whilst Mugabe is still president. Indeed, she realises that Mugabe’s presence means that she is currently as politically strong as she is ever likely to be. The time to take on Mnangagwa is when the president is still active in politics.

Mnangagwa, by contrast, who has a classical understanding of power, believes that patience and loyalty are the most judicious approach to politics. Unlike his rival, the Justice Minister has been reluctant to publicly express his interest in the leadership contest, leading many to wrongly conclude that his ambitions are circumscribed.

Mnangagwa is likely to maintain his silence until such a time when Mugabe is incapacitated or announces his resignation. This not only means that he will keep the president on side, but also that he avoids an unnecessary resource and energy overreach. Instead he will continue to use the security services, political underlings and proxies such as the president’s wife. Indeed, enlisting Grace Mugabe appears to be an important part of Mnangagwa’s overarching strategy.

Mnangagwa has elevated Mugabe’s wife to head Zanu-PF’s Women’s League. He did this by asking his long-time ally, Oppah Muchinguri, to step down as leader, and give way to the First Lady. To date, the Grace Mugabe has showed her allegiance not only by teaming up with Mnangagwa’s allies, but also by snubbing the newly-elected leader of the youth faction who is known to sympathise with the Vice President’s cause.

Whereas many expect him to imminently declare his interest, the Justice Minister is likely to continue doing the opposite, instead allowing rumours of his undeclared interest to circulate. Mnangagwa is using this as leverage to maintain a fear that there is a much higher rung of escalation that his open to him. Indeed, he maintains a team that is quietly and effectively working on the ground and ready to act once he declares.

Whilst Mujuru is telling the nation and the world that as Vice President she is the automatic successor; her rival is working on quietly peeling away her influence through backroom deals with the security sector, party elites, proxies and the international community. The inevitable mortality or incapacitation of Mugabe will provide the best opportunity to strike. And when he does strike, few (if any) will have the nerve and temerity to challenge him.

Tawanda Makwanye is a Zimbabwean journalist.

But now by President Hichilema, the man who vowed to rescue it. When Hakainde Hichilema won Zambia’s August 2021 election, many hoped the assault on democracy that had characterised his ...
By continuing to browse the site you are agreeing to our use of cookies.