Doing Away with Sudan’s Arab Supremacy – Amir A. Nasr 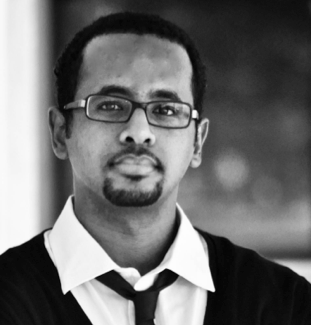 The American Pakistani playwright Ayad Akhtar once said “I see the American experience as being defined by the immigrant paradigm of rupture and renewal: rupture with the old world, the old ways, and renewal of the self in a bright but difficult New World.”

It is rare, if ever, that we look at Sudan as an immigrant nation like the United States, and for many good reasons. The list of differences is long.

For a start, Sudan isn’t a country with a centuries-old history that involves the mass deaths and ethnic cleansing of a population native to the land by foreign colonialists. It isn’t a country that fought a civil war over the abolishment of slavery. And it certainly isn’t a country that annually receives throngs of immigrants from across the planet.

Instead, over the span of more centuries, a growing influx of Arabs arrived and assimilated with the native African Nubian populations in the north, eventually transforming their local identities and Arabizing them relatively peacefully.

From then onwards, starting in the 14th century, after the collapse of Christian Nubia due to a violent confrontation with an alliance of Arabs and the Funj, and then following the enshrining of Islam into the fabric of local life, a more consolidated Arab identity emerged. It gave birth to what can only be described as Arab Supremacy.

This is where America’s ongoing story becomes instructive. To say Sudan’s violent contemporary history of civil wars is primarily due to the nation’s identity crisis would be false. But only partially.

Like all violent conflicts, for decades Sudan’s civil wars have always been a struggle for power. But a defining implicit and persistent feature of that struggle has been the continuing violent determination of Khartoum’s successive regimes since independence to uphold and maintain their myth of Arab Supremacy, a supremacy that has culturally, economically, and politically privileged Sudan’s Arabs or “˜Arabs’ for generations, especially those from the center – like me.

This is not to say that Sudanese Arabs aren’t victims of the current regime’s harsh violence as international media reporting on Sudan with simplistic “˜African Vs. Arabs’ narratives would have too many believe. Sudan’s Arabs absolutely have been and continue to be victims of the regime’s corruption and monstrosities, but arguably not to the same extent as the rest of the nation.

From Juba to Darfur to the Nuba Mountains, the government leadership’s rhetoric has always had an appallingly dehumanizing tone towards Sudan’s non-Arab(ized) peoples inhabiting those regions, calling them insects, rubbish, and such, and subjecting them to unspeakable brutalities, the likes of which Sudan’s Arabized communities have not faced, so far, at least.

And this is where Sudan’s youth and future leaders who enjoy the benefits of Arab privilege have an important role to play if Sudan is ever to witness better days for all of its diverse peoples. It is our duty to actively disavow the implicit and explicit manifestations of Arab Supremacy, and to instead nurture an expanded Sudanese identity that is inclusive and accommodating of all Sudanese people – culturally, economically, and politically.

The youth activist group Girifna has demonstrated its ability in doing precisely that, in word and deed, backed by a diverse membership that cuts across ethnic groups and classes. Moreover, a growing number of young and progressive social media-savvy Sudanese creators and disruptors who believe in pluralism are slowly also beginning to feature a more equitable and colourful Sudanese face to the world. This shift is evident to anyone glued to YouTube and the new digital media landscape.

The centrality of Arab identity continues to enjoy disproportionate representation and supremacy. It is business as usual, not out of deliberate ill intentions, but largely out of decades of oblivious habit and conditioning. To many, if not most, who live in the seat of power, Khartoum is Sudan and Sudan is Khartoum.

And if my conversations with many self-identified Arab Khartoumites are any indication, “what if” anxieties are certainly a cause too in this national predicament. The idea that our “Otherized” Sudanese fellow countrymen and women from Darfur, the Nuba Mountains, and beyond could one day tilt Khartoum’s demographic or political scales in their favour is a worrying prospect for some.

This leads to the stubborn rejectionist, bigoted attitudes in the capital. “There are too many of them in Khartoum. Their numbers grew. We don’t know what their intentions are. They ought to leave!” proclaim the disgruntled.

Here too, America’s story bears similarities, albeit more glaringly in America’s case given its projected majority-minority status, a little-discussed cause of anxiety among many members of white America worrying about what the future will hold for them, given the historical record.

Nevertheless, even though I’ve been unfairly intensely hated by too many Southern Sudanese on too many occasions for no reason other than being an “˜Arab’ Sudanese who happens to look like the people who committed crimes against them and their families, there is no doubt that Arab Supremacy in Sudan is a fact of life. It is implicitly and obliviously so to many of us who enjoy its benefits, and explicitly and clearly so to those on the other side who bear its brunt.

As a Khartoum-born Afro-Arab these realities have become much more apparent to me ever since I relocated to North America and began undergoing the disorienting process of making it my adopted home. One can’t help but reflect on Sudan when viewing news about Ferguson.

It takes courage, trust, understanding, forgiveness, and healing to relinquish mutually-harmful notions of supremacy and power. Mandela mustered what it takes. Roosevelt and Truman mustered it.

John Garang came close with his New Sudan vision charm offensive, winning over many Arab-identified Sudanese, so much so that they confessed they “wouldn’t mind voting for him.” Not the best way of showcasing progress, but it was progress nonetheless.

Indeed, Sudan really could use a larger, more embracing identity. Even though we’re not an immigrant nation in the American sense, all we have to do is just go back far enough, and our assimilative, diverse past will reveal itself.

It is therefore incumbent upon us to break away from our current reality, and create a renewal of self within a new better Sudan of our making. That’s a tall, near impossible order to fulfill anytime soon, but at the very least, we can start with our narratives and media representations, and we the youth must lead the way.

As for identities expanded enough to include and accommodate our religious, non-religious, and yes, even irreligious diversities, that is a bigger challenge and a whole other matter altogether.

Amir A. Nasr is the author of the memoir My [email protected]: How Fundamentalism Stole My Mind – And Doubt Freed My Soul. Subscribe to his Insiders List email updates on www.AmirAhmadNasr.com and follow him on Twitter where he is @SudaneseThinker.