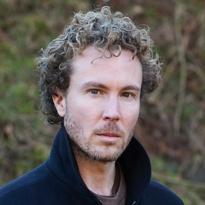 Al-Shabaab strikes again. With the security services seemingly unable to protect Kenyans, it is time to reflect on strategy. In the commotion since last week’s brutal murder in Mandera, much ink was spilled in outrage at the hopelessness of the security services and at the callousness of absent politicians. More will no doubt now follow. But, once gain, I am sure, little attention will be paid to trying to understand the attacks themselves beyond a lazy assumption that al-Shabaab is ‘evil’ and that they want to incite religious war for the sake of it. Such attitudes will not take Kenya very far. What is al-Shabaab’s strategic goal? And what is Kenya’s strategy to counter it?

First let’s take a look at what the terrorists themselves are saying. Survivors of Westgate quoted their attackers as saying, “You are killing our people in Somalia now it is your turn.” The notice justifying the attack on Mpeketoni included as its second point, “the massacre of innocent Muslims in Somalia.” A survivor of the Mandera bus attack reported the gunmen making similar claims, and now al-Shabaab’s statement following the quarry murders states they are “a response to Kenya’s occupation of Muslim lands and their atrocities therein.”

Given the centrality of the Kenyan occupation and the killings of civilians inside Somalia in al-Shabaab’s justifications for reprisals against innocent Kenyans, it is surprising and alarming that the debate has focused so little on these facts. In three years since the Kenyan invasion of Somalia in October 2011, through a mixture of fear and complacency, no journalist or human rights organisation has attempted to visit Somalia to investigate. To do so is entirely possible and absolutely necessary so that Kenyans can begin to assess whether the KDF’s Somalia adventure is worth the price being paid by ordinary citizens.

Every military intervention is inevitably accompanied by human rights violations. The question is, how bad is it? Anecdotal evidence from returning KDF officers suggests atrocities and collective punishment have been widespread. We have seen how the security forces treat Kenyan citizens even in the full glare of the media spotlight; in the twilight of a foreign country against a people whom the government is happy to vilify, who knows what horrors they can commit?

This leads to a second question: are the abuses being dealt with fairly and promptly in a way that does not undermine the military and political objective? This is important. Senior US commanders are currently wondering in public about whether drone strikes “create more terrorists than they kill.” Recent research published by the rights group Reprieve in the UK showed that for 41 one men targeted by US drones in Pakistan and Yemen, 1147 people were killed.

Kenyan airstrikes (and US drones) have killed hundreds of people in Somalia. But no one knows, least of all the KDF, how many of them were innocent civilians. How are we to assess the terrifyingly imprecise claims of the KDF that, in response to the Mandera bus killings, air strikes killed 20, 50, 45 “militants”? And what of the Vice President’s vague boast of killing “over a hundred”?

These numbers matter. More than once NATO mistakenly bombed weddings in Afghanistan and Yemen – incidents which resulted in major investigations, millions of dollars in compensation and months of confidence building. How confident is the KDF that last week it did not unleash the equivalent of 4 Manderas on innocent Somalis? And why should the Kenyan public trust their version of events? Innocent victims whether of terrorist attacks or collateral damage from air strikes have the same value and must be counted – and accounted for.

This core grievance, plus the police excesses against muslims and refugees within Kenya (which everyone knows is counterproductive and yet which apparently no one can stop) are central to al-Shabaab’s strategy: it is pursuing growth; in territory, income and followers.

Since Westgate, al-Shabaab attacks have been distinguished by the separation of Muslims and Christians. This is not a war against Christians rather, as the French scholar Gilles Keppel put it over a decade ago, it is “a battle for Muslim minds.” The very specific focus of the Mandera attack on teachers, and the reported urging of them not to come back after the school holidays brings to Kenya one of al-Shabaab’s signature policies in Somalia: the attack on secular education. Like Boko Haram in Nigeria, whose very names means “secular education is haram”, al-Shabaab well understands that its capacity to radicalise relies on eliminating the possibility for young minds to be formed in anything other than a religious context: the religious self, not a secular one, is their goal.

While al-Shabaab appears to have a clear strategy, the KDF does not. The Kenyan government is a victim of its own lies and hubris: there is no peace in southern Somalia, there never was. Instead, it appears that since the 2011 invasion, Operation Linda Nchi has amounted to little more than a financial accommodation with al-Shabaab on the charcoal trade punctuated by spasms of indiscriminate vengeance every time there is an attack inside Kenya. Both activities fuelling the growth of al-Shabaab in terms of rhetoric and cash. It would not be too much of a stretch to say that Kenyan lives are being lost to pay for the greed of senior military and political figures.

Firstly, if the KDF cannot define and execute a clear military and political strategy for bringing peace to southern Somalia beyond making money and propping up Ahmed Madobe, it should withdraw.

Second, the government must invest in, and protect, North East Province before it’s too late. The dire service provision in NEP is a scandal that should not have been allowed to persist for so long. The state and the rest of Kenya must stand with the embattled communities of NEP, not abandon them as some union leaders and Moses Kuria have suggested. Otherwise, Kenya may assume other Nigerian characteristics such as al-Shabaab moving into swathes of north eastern Kenya that have been abandoned by a terrified state.

Ben Rawlence is working on a book about Dadaab refugee camp and is the author of “Radio Congo: Signals of Hope from Africa’s Deadliest War” (2012).

Nigeria’s former president on Buhari, Biafra and bloody idiots. As the lift in his luxury London hotel rushes upwards to the 11th floor, Olusegun Obasanjo squeezes my arm warmly as ...
By continuing to browse the site you are agreeing to our use of cookies.