Home›African Arguments›Politics›Piracy in Nigeria: just getting going? – By Ioannis Mantzikos›Members of the Nigerian Navy march at a parade marking the 50th anniversary of the country’s independence in Abuja 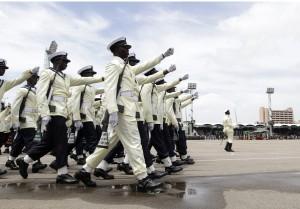