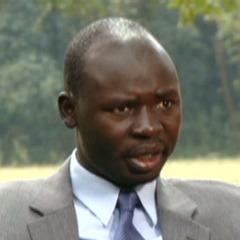 One year ago today, gunfire broke out within South Sudan’s presidential guard unit. The fighting pitted loyalists of the country’s president, Salva Kiir, from the Dinka tribe, against supporters of his former deputy, Riek Machar, an ethnic Nuer.

The resort to violence was a result of a long simmering dispute over the control of South Sudan’s ruling party – the Sudan’s People’s Liberation Movement (SPLM) – between Mr. Kiir and Mr. Machar.

The rivalry and distrust between the two men and their supporters continued for most of the 2005-2011 ‘interim period’, but was mitigated by the desire of the two men to steer South Sudan to full independence, lest their disagreements be used by Khartoum to deny the conduct of the 2011 referendum that led to independence.

However, the rifts widened right after independence and worsened in the beginning of 2013, when Mr. Machar sent clear signals that he was no longer interested in continuing as a deputy, but would instead challenge Mr. Kiir in the contest for the chairmanship of the SPLM at the next party’s convention.

At the last SPLM Political Bureau meeting in February 2013, Mr. Machar ratcheted up criticism of Mr. Kiir’s management of the party and the government despite the fact that he was the deputy to Mr. Kiir in both. He identified six areas he argued were evidence of Mr. Kiir’s failure: the dysfunctional SPLM, widespread insecurity all over the country, mismanagement of the economy, pervasive corruption, tribalism, and the poor conduct of foreign policy.

The six issues identified by Mr. Machar best characterize the state of affairs in South Sudan under the tenure of Mr. Kiir – with Mr. Machar as deputy.

However, Mr. Machar was not honest in putting all the blame on his boss since Mr. Kiir delegated executive powers over the Government of Southern Sudan (GOSS) during the interim period to Mr. Machar when Mr. Kiir doubled up as the First Vice President of the Sudan. As such, the six issues identified were the collective failure of the two men’s exercise of political authority.

Indeed, the two men were unprepared for governance upon their assumption of power after the 2005 death of the legendary Dr. John Garang de Mabior, founder and former chairman of the SPLM. Either from inexperience or incompetence, the two men did little to invest in the party or the institutions of the state.

Both were declared separatists who saw no reason to invest in the SPLM, which they viewed as a tool for realizing Mr. Garang’s vision of united new Sudan (this held little interest for them). As the importance of the SPLM faded, sectarianism and tribalism became the centerpiece of politics, taking the focus away from institutional development.

This created an environment that nurtured and encouraged unprecedented levels of corruption across the country, giving birth to a culture of impunity. Also, Mr. Kiir issued numerous pardons and rapid promotions to those who rebelled against the state as a means of regaining their loyalty, thereby inadvertently encouraging the use of violence as a means of accessing power.

As such, the six points Mr. Machar identified were the fruits of their joint management of political authority.

Aside from the failure of the country’s elite, the citizenry was also unprepared and unable to discharge its functions in the governing process. South Sudan has a diverse populace with little experience of the benefits of a central authority.

This is a legacy of British colonialism and the marginalization suffered at the hands of various Khartoum regimes. No government has ever done anything to improve the lives of the South Sudanese.

This experience, combined with one of the highest illiteracy rates in the world, has a way of shaping expectations. For the majority of South Sudanese, who are pastoralists or subsistence farmers, all they expect from the government is to be left in peace.

They are simply not aware that the government exists to protect them and improve their lives. As a result, they never demanded anything, nor have they ever exercised any meaningful oversight on the government, which was left to do as it wished.

Moving forward, it is vital that the two sides end the civil war and return the country to peace. This can only occur through a negotiated agreement, brought forth by IGAD’s use of whatever means necessary to compel the two sides to take negotiations seriously. But even the silence of guns is only a partial solution.

Therefore, a meaningful peace must prioritize the change of leadership and pave the way for a new crop of leaders able to prioritize the development of institutions of governance in the country to rise and assume power. Only such leadership will change the prevailing expectations among the citizenry and turn the government into a true servant of the people.

Investment in public and civic education will need to be prioritized in order to involve the masses in the process of governance. The successes of the SPLM during the years of war relied on its ability to effectively engage the average person in its cause. Thus, the cause of the SPLM/A became the cause of the people. Since the CPA, the people have been left out altogether in the process of governance.

In conclusion, the war that now ravages South Sudan was not inevitable. It was brought forth by the poor exercise of political authority by those entrusted with the affairs of the country.

It is important that the two sides see the truth and acknowledge the consequences of their failures. Instead of holding the country to ransom, they need to restore peace and exit the political scene, leaving it to those able to better manage it for the betterment of South Sudan’s people.

They simply are unable to do what is necessary for “justice, liberty and prosperity”, the national motto, to reign in the country.

Peter Biar Ajak, founder and director of the Centre for Strategic Analysis and Research (C-SAR) and Co- Country Director for International Growth Centre (IGC) South Sudan, is a PhD candidate in Politics at Trinity College, University of Cambridge.