Nigeria Forum: between Jonathan and Buhari, how did we find ourselves in this mess? – By Adewale Maja-Pearce 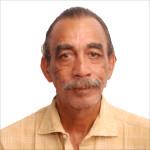 One doesn’t have to be a member of the opposition All Progressive’s Congress in order to consider President Goodluck Jonathan a colossal failure. Whether he is the most corrupt of Nigeria’s long list of venal leaders is debatable and possibly pointless, but what really rankles in all but the most partisan is the impunity he has allowed to be celebrated.

As I write, there are reports that $700mn in cash was discovered in the home of Diezani Allison-Madueke, the long-serving petroleum minister (where all the money comes from, or what is left of it), who was earlier accused of blowing N10bn on chartered aircraft over a two-year period while she admonished the masses to stop “˜pointing to corruption, if we are not prepared to bear some of the hardship.’

And hardship is what Nigerians suffer daily. Five years after assuming office following the death of President Umaru Yar’Adua, most still live without reliable electricity or running water, and the Boko Haram Islamist insurgency continues to make a mockery of the county’s armed forces, abducting schoolgirls at will and decimating entire towns. They are currently threatening Maiduguri, the Borno State capital.

Ordinarily, Jonathan’s defeat in next month’s elections should be a foregone conclusion, the more so given his inability to come across as halfway coherent, as is painfully obvious in the (significantly few) interviews he has granted the international media. Clueless is the word most bandied about him in the pages of the newspapers. Unfortunately, his challenger, Muhammadu Buhari, a retired General and former military dictator, comes with questionable credentials.

Literally so: the raging controversy – and raging it is – concerns his primary school leaving certificate, which he does or does not have but which he needs in order to qualify for the job. He swore to it in an affidavit he filed with the Independent National Electoral Commission but then went quiet when the ruling People’s Democratic Party called him on it, only to produce a document containing subjects that weren’t offered back then in grades that didn’t exist.

The problem with the suspect certificate is that Buhari is running as Mr Clean, having overseen the “˜War Against Indiscipline’ in his previous incarnation in khaki, when he also caused three men to be executed with a retroactive decree and had soldiers whip people in the street for not standing in line. But then he was young and impulsive – “˜youthful exuberance,’ as we like to say – and is perhaps more tolerant now that he is older and wearing an Agbada.

Then there is the added problem of his apparent Boko Haram sympathies. Just two years ago he compared them to the Niger delta militants while arguing in favour of an amnesty for them on the grounds that both were fighting an “˜injustice’. His reasoning was difficult to follow but he has since distanced himself from “˜these barbaric purveyors of power’ and promised to mop them up within the first three months of his administration, although that would be a miracle given the impunity with which Boko Haram has so far annexed 20 per cent of the Nigerian state against a military mired in corruption. Unfortunately, a miracle is what Nigerians are looking for with Jonathan only promising more of the same.

At the root of all the angst over who we should or shouldn’t vote for is the idea that this is the moment when the country will break up. That Nigeria is already failing is not in doubt, which is why John Kerry, the US Secretary of State, is currently in town cautioning both candidates to play by the rules. But it was this same America which ten years ago predicted our collapse this year, at least according to popular mythology, which is invariably the prevailing mood in interesting times. In fact, America wasn’t the culprit but the Washington-based National Intelligence Council that envisioned “˜the outright collapse of Nigeria’ in 2015, but America (if not President George W. Bush himself) might as well have said so. Not that it matters. Most Nigerians believe it, if only because the Nigerian media has reiterated the same ad nauseam because checking the accuracy of their claims is not what they are primarily paid for.

The result, as I write, is a Buhari victory by a small margin, at least as gauged from the social media, from which most Nigerians – rural, largely illiterate – are excluded (this makes accurrate polling very difficult). Nobody but Jonathan’s hangers-on and their dependants (the contractors, the civil servants, the fly-by-nights both foreign and local) seem to want him back.

But what might a Buhari presidency portend?  And why should the “˜Giant of Arica’, recently christened the continent’s largest economy, be polarised between these two representatives of 160 million people? That we should even ask the question is “˜the problem with Nigeria’ in all its ethnic, linguistic and religious ramifications, and not merely in the dismal quality of its leadership, as the late Chinua Achebe would have it. Achebe himself, the title of whose 1958 novel, Things Fall Apart, was prophetic enough, titled his last book, a memoir of the civil war of the late 1960s we seem intent on fighting all over again, There Was a Country.

But all of this is to assume that the elections will be held in the first place. A few days ago, Sambo Dasuki, the national security advisor (and himself a retired General), recommended postponing the elections – which in any case can’t possibly be held properly in Adamawa, Borno and Yobe states, where the emergency currently persists. Jonathan himself has little interest in Borno and Yobe (Adamawa is leaning towards the PDP), which Buhari swept in 2011 using the same affidavit concerning his academic qualifications (or lack thereof). The question really is: How did we find ourselves in this predicament so many years after we won the right to direct our own affairs?