Will 2015 be a year of transformation for African women? – By Susana Edjang 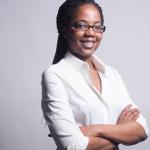 The African Union has declared 2015 the year of “Women’s empowerment”, and made gender central to its 24th annual summit taking place this month. Whether this year can be one of ground-breaking  transformation for African women  depends on how we seize the opportunity it presents.   It is an important year, not only because the African Union has baptized this year “The year of Women’s empowerment”; this year we see the end of the Millennium Development Goals and the launch of the post-2015  development agenda. Crucially, this year also marks the 20th anniversary of the 4th World conference on Women, where the world agreed the Beijing Platform for Action, recognized at the time as “the most  progressive blueprint ever for advancing women’s rights”; an ambitious expression of aspiration that no country in the world has fully realized. Perhaps to those outside the circuit of conferences, agendas and  resolutions, these global and regional processes may seem like hot air. After all, despite the ambitious aspirations of both the MDGs and Beijing platforms, women are still, globally, not able to fully realize the  potential they are capable of.

But we would be wrong to despair; the path to gender equity has been helped not hindered by both the regional and global commitment to women’s empowerment. National policies which have resulted in the greater representation of women across institutions, from universities to the African Development Bank, and women associations, civil society groups and individuals, have used the commitments at Beijing and elsewhere to advocate for greater women’s and men’s rights. They also influence the work of the growing number of philanthropic bodies, the private sector’s corporate social responsibility priorities and the work of local and international NGOs. Our fight for gender equity would be much poorer without the policy commitments made at a regional and global level.

We must not lose sight of the major outcomes of African countries’ implementation of the Beijing Platform for Action is the growing number of women leaders in the public sector.  Africa now very often leads the world in breaking down barriers to women’s participation in politics; with over 50% of seats, Rwanda is the only country in the world where women outnumber men in of parliament.  As a result, it ranks 79 out 189 in the United Nations Development Programme’s Gender Inequality Index (GII) and 7 out of 142 in the World Economic Forum’s Global Gender Gap Report (GGGR).  In Angola, Burundi, Mozambique, South Africa, Senegal this figure is over 30%.  By contrast, in Slovenia, which ranks first in the UNDP’s inequality index, female representation in parliament is 25%; in the UK, it is 23%.

We have three African women presidents: Helen Johnson-Sirleaf in Liberia (2006-present), Joyce Banda in Malawi (2012-2014), and Catherine Samba-Panza of the Central African Republic (2014-present); and there are many more transformative female ministers, and civil society, private sector leaders and entrepreneurs.  The impact of the Beijing Platform has also been felt on African girls’ education.  Over a third of African countries – 18 out 46 countries where there is gender data – have achieved gender parity in primary education and 28 are not far behind.

Of course, none of this is enough, the onus is on us as African citizens, to the opportunity of 2015 as the AU’s “Year of Women’s Empowerment” to further transform the lives of millions of women and girls across the continent, by pushing our leaders to deliver on the promises made at the regional and global levels.

One of the seven aspirations at the heart of the African Union’s Agenda 2063 is an Africa where development is “people-driven, unleashing the potential of its women and youth”. Finally we have gender equity at the heart of the African Union’s agenda for the continent; coupled by the appointment of leading women’s rights advocate Bineta Diop as the first ever AU Special Envoy for Women, Peace and Security, governments, civil society and private sector groups have a real opportunity to ensure the empowerment of women across the continent. In people like Ms. Diop and Dr. Nkosazana Dlamini-Zuma, the AU’s first female Chairperson, women and girls across Africa have a growing number of role models.

Now, it is increasingly up to us, ordinary Africans, to seize the initiative as citizens to ensure these leaders deliver on their commitments. It is paramount that our laws, policies and leaders, do not hinder but enable us to realize our potential. We must ensure that big processes help in this way.  We, ordinary Africans, have to own them and use them, and make 2015 count as a year of empowerment for African women, and indeed the whole continent.

Susana Edjang works at the United Nations. She is Africa 2.0 co-chapter head on Health, a member of the Royal African Society Council and a 2014 Yale World Fellow. She writes here in a personal capacity.