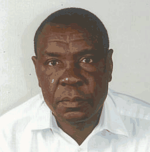 Ballot papers for the January 20th presidential election in Zambia have been printed and should be in the country on or around January 9. Preparations for voting have gathered pace. Replacement of lost or damaged voters’ cards ended on January 3rd and some outlying districts have already reported receiving election materials for the by-election to fill the vacancy left by the death last October of President Michael Sata.

A measure of peace has returned to the trouble–torn governing party the Patriotic Front (PF) that has been riven by an interminable succession struggle since the death of President Sata. Democracy failed in the PF with the result that its candidate, the Defence and Justice Minister Edgar Lungu, is in position only by court edict.

Campaigning is now underway and was heating up as 2015 opened. There are eleven candidates (all male except for the one-time Finance Minister Edith Nawakwi). The others are mainly the leaders of opposition parties, some little more than one man parties of which there is a surfeit. Some of the candidates had real difficulty raising the 200 supporters required for the nomination.

The race has shaped up to be between the PF’s Lungu and Hakainde Hichilema known as “˜HH’, the leader of the United Party for National Development (UPND). A spectacular casualty from the race was the former President Rupiah Banda who had confidently entered as the candidate of the former governing party, the Movement for Multi-party Democracy (MMD). He was excluded after the Supreme Court found that the lawful candidate was the MMD leader Nevers Mumba. The former president has since recovered and abandoned his party to endorse Lungu!

The initiative has so far been largely with Hichilema and he retains some of his early momentum. He pretty much set the tone as his party was the only stable one going into the campaign. He had a head start and on a platform of broad reform and better management he has traversed the country.

There has been a clear and quite remarkable swing in supports towards him. Several MMD Members of Parliament (MPs) have for instance not only endorsed but are actively campaigning for him as the best man for the job. Some of MPs represent areas where he previously had little or no support. Prominent among his new MMD allies are the former Commerce Minister Felix Mutati, former Finance Ministers Situmbeko Musokotwane and Katele Kalumba. Almost all MMD MPs are now campaigning for his election.

He recently staged an unlikely coup when the former Defence Minister Geoffrey Mwamba, one of the PF’s big hitters, declared for Hichilema. He is the MP for the Northern Province capital, Kasama – a province where until now he had virtually no support. Mwamba, who wields considerable political influence in the area, has been campaigning hard for Hichilema and could turn the tables sufficiently to ensure his victory.

That danger has not been lost on the PF. The party’s strategy appears to be to maintain support in its northern and Copperbelt strongholds and is threatened and even exasperated by the chinks that have begun to appear in its armour, especially as support from other areas is by no means certain. In the Western Province for instance there is a pattern of defections from the PF to the UPND.

Thus, leading members of the PF were quick to point out that Mwamba had merely exercised his “democratic right” and that the PF remained intact. But the Mwamba “defection” clearly unsettled the party.

In the worst incident of political violence so far, a helicopter ferrying Hichilema’s campaign team for a meeting in the north was set upon by an organized PF gang as it landed. The incident was roundly condemned and even the PF was forced to go through the motions of condemning it.

But the UPND momentum now seems to have peaked and the PF is coming back into the picture. There had been a brief hiatus in its campaign to facilitate a visit by Lungu to Nigeria and Angola – reportedly to solicit for campaign funds. If so, the foray seems to have been successful as since his return he has maintained a tight campaign schedule.

He scrambled to complete his programme in the Northern Province and worked the Eastern Province after he was endorsed by former president Banda. But the PF priority area is clearly the north of the country and it is hardly surprising that the most serious flare-up so far occurred there.

It seems the case also that in the north at least the PF remains dominant, despite UPND in-roads. But there are some “˜landmines’ that could blow-up in its face. Farmers have not been paid and are now faced with a new season without money for inputs. They are not amused. There have been demonstrations and growing anger in various parts of the country. The farmers are seething. Their increasing demonstrations have broken up with vows never again to vote PF.

Lungu has also displeased the NGOs by refusing to sign a “˜social contract’ with civil society committing to a new constitution before the scheduled general election in 2016. The Grand Coalition of NGOs on the constitution had previously threatened to campaign against the PF for its failure to enact a new constitution. It has now renewed that threat.

It hasn’t helped that the PF”˜s pledge to faithfully prosecute the late president’s vision has been interpreted by some to mean that Lungu, like his predecessor, will not be interested in a new constitution.

Overall however what has been remarkable and new about this campaign is the extent of cross party endorsements. Until now support was strictly regimented along party lines. But in this election leading politicians have made their choices free of that regimen and have gone on to campaign for candidates outside their party. Many of them have argued that the country deserves the best candidate available regardless of party affiliation.

Still, the contest has remained between the PF and the UPND with the former anxious to contain the growing influence of the latter. The competition has had its comical side with the PF undertaking to do whatever the UPND promises. But whether that will be sufficient to stem HH’s ascendancy in the tight race ahead remains to be seen.