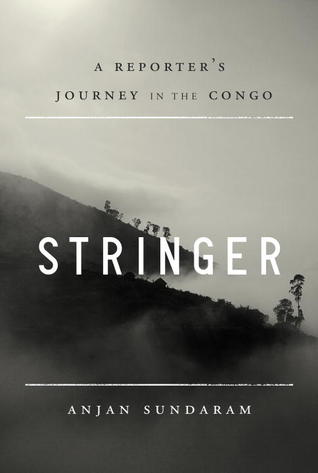 On the last day of “˜business’ for the RAS in 2014 we announced our winner of the “˜African Arguments Book of the Year’ for 2014 (non-fiction). This was picked from books read and reviewed on African Arguments in 2014. The result was announced on Twitter but for longer-lasting reference here it is again (with a few honourable mentions). We don’t pretend that this is a definitive list so please feel free to make other suggestions in the comments section below.

Anjan Sundaram, “˜Stringer: A Reporter’s Journey in the Congo’

What we said: “Sundaram finds himself living in Victoire, a poor neighbourhood of Kinshasa, which initially “appeared as a collusion of secrets only the locals shared” – the meanings of which would only later be revealed. He stays with a Congolese family; the relatives of a refugee, Annie, whom he met whilst a student at Yale, studying algebra under the legendary mathematician Serge Lang. Sandaram is not your average stringer.” Read in Full

What we said: “Peaceland helps us understand the culture(s) of expatriates and the respectively uneasy relationship between the foreign interveners and the local population. While, in the orthodox sense, it does not bring up a new, concise grand theory to analyse external intervention in a larger sense, it is certainly by far the best “˜thick description’ of the expatriate world.” Read in Full

Lara Pawson, “˜In the Name of the People: Angola’s Forgotten Massacre’

What we said: “The book is a necessary examination of the way that the MPLA works – how groups within the movement gained power and purged all those (from the early leader Viriato da Cruz, through Martio Andrade to Nito Alves) who challenged its dominance and how that dominance bred the arrogance of power and led to the accumulation and misuse of Angola’s mineral wealth by a powerful few.  But the book is much more than that, it is an account of the lives of those on both sides of the struggle in 1977, a series of portraits of life in Angola with its extremes of privilege and poverty and it reads like a thriller”. Read in Full

Howard French, “˜China’s Second Continent: How A Million Migrants Are Building A New Empire in Africa’

What we said: “The picture that French paints of China venturing forth into Africa is not a pretty one, and despite banal slogans of a “win-win” relationship, the Chinese he meets seem surprisingly unaware of how often the ground they have entered has been trod before.” Read in Full

Barnaby Phillips, “˜Another Man’s War: The Story of a Burma Boy in Britain’s Forgotten African Army’

What we said: What makes this such a gripping and valuable contribution to the literature on African soldiers in World War II is the skilful and meticulously researched way the author tells the story of Isaac Fadoyebo – a Nigerian soldier who fought in Britain’s Burma campaign during the Second World War. Read in Full