South Sudan’s ‘New War’: what does it mean? – By Tongun Lo Loyuong 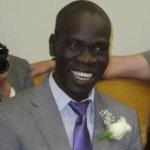 In the early days of the conflict, I discussed the violence as a New War in an article entitled ‘The Cultural Bearing of the New War in South Sudan’. But the focus then was on the cultural dimension of the violent conflict. I fell short of discussing the meaning, nature, implications and how to address a New War.

Briefly, a New War in conflict theory is a form of organized violence practiced by state and non-states actors that became a common feature of the last decades of the Cold War. It is, according to the academic Mary Kaldor, an intra-state war that is fought across ideologies built on identity politics, and particularism based on religion, nation, tribe and ethnicity.

A distinctive attribute of the New War is the deliberate failure to abide by international law and conventions regulating the conduct of combat. It is basically a war in which its perpetrators commit organized crime and egregious violations of human rights.

The anger, hatred and rage of New War soldiers and their commanders is often directed at the civilian population identified with the political opponent. This results in the perpetration of mass murder of non-combatants that amounts to acts of ethnic cleansing, crimes against humanity and even genocide.

The general tactic is to spread hate, strike fear and practice exclusion, depopulation, torture and indiscriminate killing of political opponents and their support bases. Sexual violence against girls and women is one of the preferred weapons.

It is sustained through the war economy, assistance from the diaspora and rent-seeking and predatory practices such as the looting of humanitarian relief aid. The actors are primarily made up of paramilitary groups, thugs, criminals and children hastily and often forcefully recruited to fight on behalf of the greedy lords of war.

What is happening in South Sudan is a New War in nature, as shown by the scope of the atrocities that have been committed against the civilian population. New Wars are illegitimate wars, which should not be perceived as conventional warfare or the ‘Old War’, and therefore cannot be addressed through archaic conflict management and power sharing models designed for the resolution of the old wars.

Instead justice and accountability, international policing, sanctions, asset freezes, travel bans, arms embargo and rule of law enforcement must define any approach to end the violence and restore peace and order. Once the guns are silent, peace-building processes and activities that seek to transform the conflict, rebuild the social fabric through healing and reconciliation initiatives and programs to rebuild just state structures must follow.

For South Sudan to rise above identity politics and become a viable, stable, peaceful and prosperous state the cultural identity aspect of the conflict must be addressed. But most importantly, rather than rewarding the greed of the leaders, the grievances and gruesome atrocities inflicted on the people must guide the peace-making as well as the peace-building processes following the signing of a peace accord.

Lasting peace can only happen by holding the current batch of leadership who are responsible for this violence to account, to deter and discourage leaders of their ilk from following a similar violent path in the future. It is encouraging that some international institutions are now beginning to perceive the civil war in South Sudan as a New War and are advocating for justice and accountability as central to resolving the crisis.

New wars are only addressed by serving justice and accountability and enforcing the rule of law.

Tongun Lo Loyuong is a conflict and peace researcher. He studied at the University of Notre Dame in Indiana and is currently pursuing a PhD in the UK. He is reachable at: [email protected] or: http://tloloyuong.wordpress.com/