Borno State, Boko Haram and the Cycle of Human Tragedy – By Ahmad Salkida 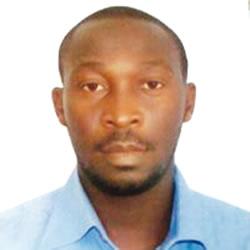 There is a perfect picture of life’s most brutish menu on display in north-east Nigeria, particularly, Borno State. It is a cycle of human tragedy. The state that was once branded the “˜home of peace’ due to its hospitality and its people’s unique communal interactions, has now become a monster devoted to consuming its own.

This ugly descent to an almost unimaginable level of savagery was set off by the terror sect, known as Boko Haram. With its vicious display of bloodletting since 2009, the sect has ensured that the values that held society together have been brutally severed. The values, as they were, that exhorted the sacredness of life; of being your brother’s keeper; of patience; of love and tolerance and of the dignity of labour, have all been thrown to the dogs.

This hunger to eliminate the next suspected person first, fast and without remorse is spreading through the communities and even among the institutions of state, indicating that the sect is sadly winning us over with its doctrine of violence. How is this so?

As a society, our reaction to the violence unleashed by the sect says a lot about our own values and convictions. Today, we don’t seem to see anything wrong with throwing young boys of school age into the flurry of bloodletting in the name of the Civilian Joint Task Force.

As a result, we see nothing wrong in having our youths display the most barbaric tendencies, as they hack down suspected Boko Haram members and have their remains dismembered in public. Today, such action is greeted with applause by all in society, including the media and the institutions of state. What could have gone so wrong?

In these troubled and ravaged communities the answer is clear: The terror gang has abducted their women and men, maimed, slaughtered, and massacred people, even children. The military does not yet seem to be operating with any higher values. They have been known to swoop on villages rumoured to be hiding Boko Haram members without distinguishing between the lamb and the goat.

They have been known to mete out indiscriminate torture and have carried out horrifying executions. It started with a wave of vengeful killings following Boko Haram’s resurgence in 2010, having had its pioneer leader, Muhammad Yusuf, executed by the police. Abubakar Shekau and a handful of his dukes then launched one of the world’s most brutal insurgencies. The sect became more ruthless, more daring and indeed more fatalistic, introducing bombings in purely civilian settings that included places of worship, schools, markets and bus stations.

At what seemed to be the peak of these killings, the State called in the military, declared a state of emergency in select locations and encouraged the formation of civilian counter-insurgency responses in communities. But this response came with an unintended price. Some unruly troops seized upon local women and defiled them. Teenage boys were in the eyes of the military easy suspects and therefore liable to be treated as such.

The price of the insurgency and the response both from the military and the civilian JTF on community life in the north-east defies quantification and description. Women and children have been caught up to the extent that the very meaning and sacredness of womanhood, as well as the innocence of childhood, have quickly vanished into thin air. Will there ever be redemption for these communities?

Boko Haram is enlisting young men and women into its violent doctrines at great speed. As members of a civilized society that should constitute a counter-force to terror, are we showing our youths and children the values that cancel out and ultimately defeat terror? No doubt, there have been youth empowerment programmes initiated by the government at all levels, but how can such initiatives effectively engage with the teenagers that are presently wielding guns and machetes in villages in the guise of the Civilian JTF? For how long will institutions of state in Nigeria sleep while school-aged children remain on the front line?

In this cycle of human tragedy a pattern has recently emerged. Boko Haram goes out on a raid, abducts men and women, arms them and sends them out against the rest of society. If you hesitate to comply with this line of command you are summarily executed by the sect. If you comply and head out for war you are likely to be killed by the military or civilian JTF. If you make an escape and get caught by the military or civilian JTF and you will be killed anyway.

Behavioral scientists have found that instead of delivering justice, revenge often creates only a cycle of retaliation, in part because one person’s moral balance rarely aligns with that of another. As a civilized society we are not offering any higher values to the region’s people than those the sect itself unleashes. This path will not bring us the victory we so earnestly desire.

Salkida is a journalist and a conflict analyst. He can be reached on twitter: @contactSalkida