When her husband burnt her first handwritten manuscript, Buchi Emecheta did not give up. She persevered and went on to become the celebrated author of The Bride Price, The Joys of Motherhood, and more. 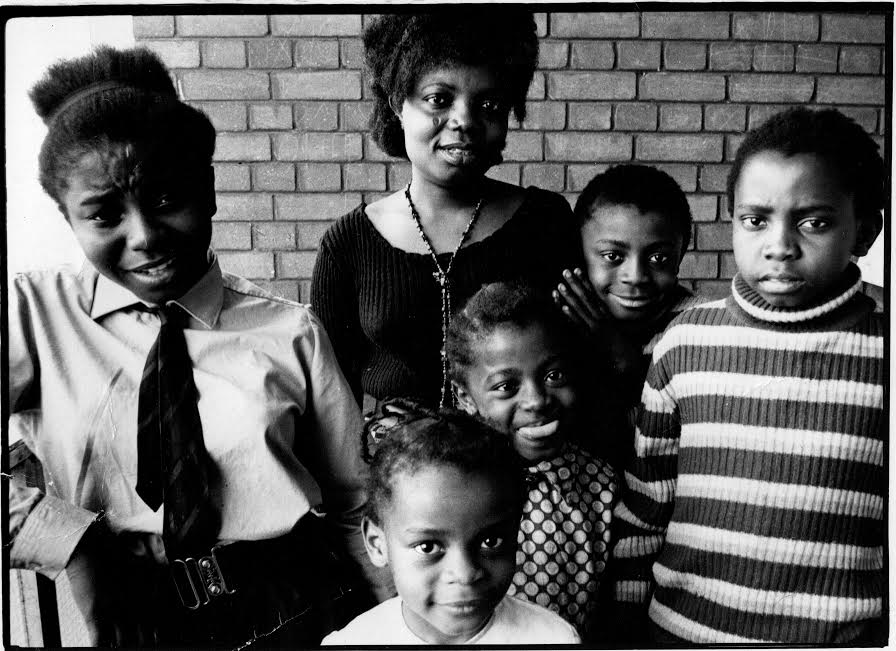 An Ibusa village girl, brought up in Lagos of the 1940s, Buchi Emecheta had a life that was always overshadowed by the poverty and the deprivations of her early years. She was a poorly, undernourished child both physically and emotionally, but with a ravenous desire to survive.

She lost her father (my grandfather), who doted on her, when she was eight years old. He was a railway worker who died of complications brought on by a wound sustained in the swamps of Burma, where he had been conscripted to fight for Lord Louis Mountbatten and the remnants of the British Empire. With his passing, Buchi and her younger brother were left at the mercy of a mother who, due to lack of education, was unable to appreciate the talent in her young daughter.

It was a benefactor in Ibusa, Mr Hallim − a former Permanent Secretary in the government − who, according to family legend, spotted the intelligence in the young girl with the large forever watchful eyes. He gave her the support she needed and encouraged her to continue her education, rather than work in the market selling oranges as her mother wanted. She won a scholarship to a prestigious high school in Lagos where she mixed with girls of the Nigerian nobility.

In her first year there, her mother also died and she was passed back and forth between distant relatives within the Ibusa community in Lagos. During holidays, while her classmates returned to their family mansions, she elected to remain in the empty dorms taking refuge in books and in her imagination regaling her friends on their return with the wondrous things she had done during the summer.

She used to tell us as children that if you believe in yourself strongly enough then you could make any dream come true. It was almost an article of faith with her, one which made her the forceful character she became, but which could also render her impatient with people who were less driven than she was. When her schoolteacher beat her in front of the class for announcing that she wanted to be a writer, she bore the pain in silence and became more determined than ever to make her transgressive dream a reality.

Years later, in the UK, when her husband burned the handwritten manuscript of her first novel, she again quietly determined that she would find her own way. She surprised him with a separation, and set about raising her five small children alone (of which I was the second eldest), while studying at night school for a Sociology degree and working by day as a librarian at the British Museum.

Some writers write because they have to. Buchi was a compulsive writer. She once admitted half-jokingly that writing kept her sane and that this and the love of her children were what motivated her to get up in the mornings. She would write whole manuscripts longhand before later transcribing them to type, and hardly was one novel finished when she would be starting on the next, bouncing ideas around the kitchen table, which was where she did her writing − an activity that seemed as normal to us as children as her singing songs, cooking the dinner or her storytelling.

I recall as a child at the close of the 1960s being very poor, living in a series of one- and two-room slum apartments, and later, on various council estates. By my mid-teens I realised that we had somehow become comfortable and middle-class. We could afford holidays and even a car − a red Austin 1100, in front of which I remember my mother proudly posing in her black gown and mortarboard for graduation photos to send to Ibusa to let the folks back home know that she had “arrived”.

These changes were reflected in Buchi’s often-autobiographical literary output, from In The Ditch, her breakthrough novel, which dealt with a single black mother struggling to cope in England against a background of almost Dickensian squalor; Second-Class Citizen, which focused more squarely on issues of race, poverty and gender, through Gwendolyn and The New Tribe.

The main source of inspiration for her writing, however, was Africa, and in particular the villages of Ibusa in eastern Nigeria where her family came from. Even though she had spent a relatively brief period of her childhood there, the villages and the stories she heard on her visits with her mother left an indelible mark on the impressionable young girl and became the lodestone for all she wrote. In The Slave Girl, The Bride Price and the ironically titled Joys of Motherhood, she poignantly captured, in a manner reminiscent of her male contemporary Chinua Achebe, a vanishing Igbo culture in the process of transition to modernity.

Buchi was flattered by her success, but also bemused and irritated by it. A feminist in all she said and did, her feminism was deeply inscribed in her identity as an African woman with African values, and her political discourse did not always chime with the 1970s rhetoric of her sisters in the UK and USA. Writing was a vocation but it was also a job, a way to feed the family and keep the wolves from the door. Always preferring the life of the family, she would return from some far-flung conference and plonk herself in front of the telly with a sigh of relief to be back home.

A constant refrain throughout my childhood was that she would one day return to Ibusa − a place that took on an almost mythical significance for us within the family. She made many plans to return over many years, even building a house in the village while working as professor at the University of Calabar – an experience that formed the basis for her novel Double Yoke. But having lived in the UK for so many years, she found it increasingly difficult to adapt to life in Modern Nigeria. She found that even Ibusa, in her long absence was transforming itself into a town and a conurbation that she barely recognised any more.

The death of her two daughters affected her in later years, and I felt that as a person and as a writer she was never quite the same again. As she entered middle age, some of her drive seemed to leave her and the passion for writing that had fuelled her for so long became swallowed in a private grief. My deepest sorrow was that Buchi did not understand how much she was loved and appreciated by her readership not only in continental Africa, but all over the world. I also felt that always living a provisional life based to some extent on survival, she did not really allow herself to enjoy the full fruits of her success. A few weeks before receiving her OBE, she suffered a devastating stroke, which left her housebound, increasingly disabled and unable to travel or to write.

Though towards the end of her life, illness stole from her the ability to manipulate words, the cruel beauty of dementia allowed her to take refuge once more in her imagination and to return in her own way to Ibusa. There she would revisit with us, and later on her own, the landscapes of her early years, peopled with characters and stories that she would no longer be able to write about.

Sylvester Onwordi is the son of the late Buchi Emecheta. He is a psychologist, medical anthropologist and runs a small publishing company.