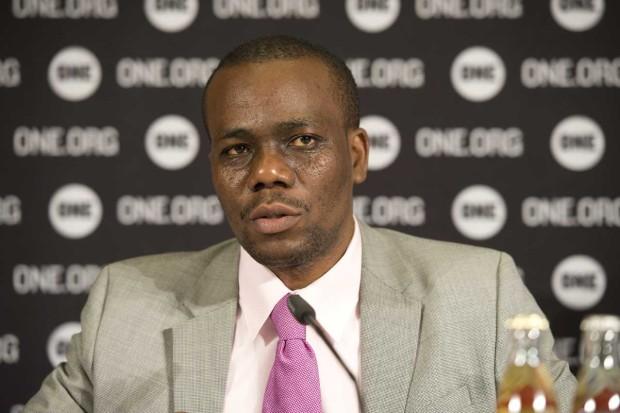 Zitto Kabwe, leader of the newly-formed Alliance for Change and Transparency party in Tanzania.

Five MPs “shake up the Parliament.” That is how Mwananchi, a leading Swahili newspaper in Tanzania assessed the ongoing 19th parliamentary session. Conspicuous by his absence among the big five is Zitto Kabwe. The fiery politician vacated his seat on 20 March 2015 after losing a case against the leading opposition party, CHADEMA, in the High Court of Tanzania.

This is not the first time that a crisis within a party has been resolved in the courtroom instead of the boardroom. After the reintroduction of multiparty politics in 1992, the then leading opposition party, NCCR, fielded arguably the then most popular politician, Augustine Mrema, as their presidential candidate in the 1995 elections. Having defected from the ruling party, CCM, after disagreeing with its leaders publicly, he almost defeated them.

However, two years down the line the very same boardroom that invited Mrema to the new party was attempting to remove him through the courtroom. This is how Tanzanian Affairs documented it: “The main conflict at the meeting [in Tanga] was between the 30-member Central Committee which largely supported [Mabere] Marando, and wanted to remove Mrema from office and the much larger Executive Committee which supported Mrema. The Marando faction then attempted to gain ascendancy by bringing in the law. Mrema was relying on his wide popularity. Marando appealed to the High Court to bar Mrema from acting as chairman and from access to the party building and from party funds. He suggested that Mrema should form his own party. But on May 16 the High Court dismissed Marando’s application because it had been improperly drawn. The constitution of the party apparently makes it almost impossible to remove leaders.”

Surprisingly, since 2010 Marando has been a key member of CHADEMA and one of its prominent legal experts. Since the other leading lawyers, Tundu Lissu and Peter Kibatala, took a lead in the case whose outcome resulted in the stripping of Zitto’s membership, it is too early to speculate about the legal roles, if any, of Marando or the other lawyer, Professor Abdallah Safari. This will become clearer if they also quit the party.

What is clear is that a worrying precedent had been set. In as much as one may agree that it is a constitutional right to seek justice in the courtroom, democracy is not served well when political parties fail to resolve their problems in the boardroom. A party ought to have fair mechanisms for ensuring that things do not get to this point. Professor Kitila Mkumbo,one of the (then) brains behind CHADEMA, aptly captured the situation: “Zitto appealed through the party meetings but the leaders of the party refused to submit his appeal to relevant authorities. Where did you want him to go then if not to the court?”

Let us recall this attempt at resolving the then NCCR’s crisis in order to get a glimpse of why the courtroom is – and should always indeed be – the very last resort. “On May 28 and 21 [the then] Registrar of Political Parties George Liundi tried hard, during lengthy meetings, to bring the two factions together but failed.” Did CHADEMA and Zitto’s “˜faction’ go that far?

No, they didn’t. Since 2009, when Zitto attempted to contest (although he withdrew his candidacy) for the top post in the party against the incumbent chairperson, Freeman Mbowe, a powerful clique at the heart of CHADEMA has primarily been concerned with sidelining anyone associated with Zitto. Despicably referred to as masalia (remnants) in the social media, they went elsewhere, some to CCM and others contested in the elections that Zitto’s new party, Alliance for Change and Transparency (ACT), held on 28 March 2015.

Understandably, accused of fragmenting the opposition, Professor Mkumbo thus defends their joint decision: “This theory that ACT has been founded for the purpose of “˜divide’ and “˜rule’ remains a theory. Those of us who formed ACT are victims of democracy in the opposition parties that were formed after the reintroduction of multiparty politics. We have fought for democracy inside the parties that we were in but we failed and were ultimately kicked like dogs and got called (all) names. We had various options: To remain silent and be citizens who are not members of any party; joining another party, or forming another. We have chosen the third option, what is our mistake?”

Ironically, Zitto’s new party is also involved in a courtroom battle not least because of its boardroom’s perceived attempts to ensure that he becomes the top leader. A close reading of a letter dated 10 February 2015 directed to the then “˜chair’, Kadawi Limbu, and the Secretary General, Samson Mwigamba, the current Registrar of Political Parties, Judge Francis Mutungi, indicates that ACT had to hold elections before 5 May 2015 in accordance with its constitution & regulations. This partly explains why Zitto had to quit Kigoma North’s parliamentary seat and CHADEMA’s party membership so quickly.

A respected member of Mabadiliko Forum – an online political discussion forum that includes members from her former party, CHADEMA – Mghwira is at pains to explain that this move created two centers of power in the new party. She points out that they came to that decision after looking at party structures in Ghana, South Africa and the UK. Mghwiraalso stated: “However, there are clauses regarding the leader of the party that are doubted but maybe the doubt is in regard to the leader himself, not the clause.”

Professor Mkumbo, who is also a member of Mabadiliko Forum, has also come to the rescue. He argues that what they have done in ACT is to separate the responsibilities of leading the party organs and take a lead in propagating the party to the people. The former is thus Mghwira’s task as the chair and the latter is Zitto’s task as the “˜leader’.

Even though Professor Mkumbo concludes by arguing that this “separation between these two positions is more about responsibilities than power”, a close reading of ACT’s new constitution reveals a significant concentration of powers in the leader of the party to the extent that some detractors are pejoratively referring to it as “˜Maoist‘ or “˜Ayatollah-like‘.

Observers, especially the sympathetic ones, are unhelpful when they celebrate this as ushering in a new form of politics in the country. One analyst, Ben Taylor, aptly points out that the “problem that Zitto and the party have is…how much can the party be described as an “˜alliance’ when it’s built so much around one individual?”

Taylor concludes: “Starting a new party is not easy. Zitto has already shown he has the determination and personal popularity to make it work. He has new ideas and apparently limitless energy.” Unsurprisingly, when CHADEMA stripped Zitto of his appointed leadership positions in 2013, Taylor said this about him: “He is an inspiration to many, who will follow wherever he decides to lead”. Even to ACT.

But isn’t this exactly what led Zitto and his former party, CHADEMA, to move from the boardroom to the courtroom? Isn’t it causing Limbu and ACT to do the same? And, in politics, isn’t the courtroom, just like the bedroom, an impediment to the platform?

*Some quotes are translated from Swahili – readers can read them directly in the hyperlinks.