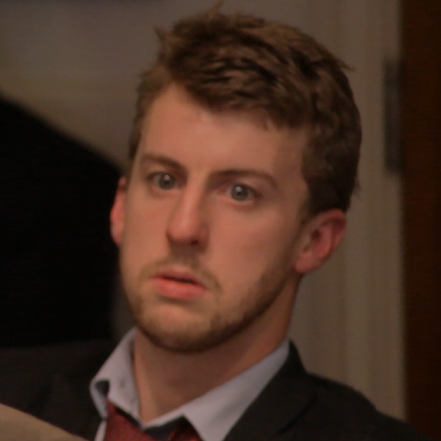 Welcome to the newest African Arguments blog: The Nigeria Forum. We are launching this blog several months in advance of the Nigerian general election in February 2015, and continuing it after the p0lls, in order analyse the context of Nigeria’s main political event in the next year. We aim to commission and publish at least one new article per week exclusive to African Arguments. We hope that The Nigeria Forum will become a place for discussion and exchange of ideas on the key issues in contemporary Nigerian politics. This project is supported by the United States Institute of Peace (USIP).

Nigeria exhibits many characteristics redolent of many African states. These include:

Nigeria has both the biggest population and largest economy of any African country. It is probably the most important country in a continent currently experiencing a period of rapid, perhaps unprecedented change. Along with South Africa and Ethiopia, Nigeria has the potential to be a leader in Africa.

The 2015 election sees incumbent Goodluck Jonathan of the People’s Democratic Party (PDP) facing a strong challenge from a reconstituted opposition under the banner of the All Progressives Congress (APC). Jonathan, a southerner from the Niger Delta, is accused of breaking the informal agreement on “˜zoning’ in which the Presidency alternates every 2 terms between the mainly Christian south and the mainly Muslim north.

Jonathan came to power after the death of northern President Umaru Yar’Adua in May 2010 and took over midway through Yar’Adua’s first term. This sparked a debate in Nigeria over whether the President should be able to run for a second full term following his election in 2011.

Jonathan is also accused of building up a large “˜war chest’ of corruptly gained state assets in anticipation of his run for a second full term. An argument to this effect was made by the former governor of the Nigerian Central Bank Mallam Lamido Sanusi, an aristocratic northerner (now the Emir of Kano), who turned whistleblower earlier this year, claiming that the state oil company had failed to pay an unaccounted $20 billion to government.

Partisan internal politics and rumours of corruption are by no means new within Nigerian history. But this election introduces a fresh dynamic: a raging insurgency in the North East in the form of violent islamist group Boko Haram – this insurgency has implications for security across the country.

In April 2014 Boko Haram greatly increased its international profile following the kidnap of 270 schoolgirls from the village of Chibok in Borno State – the search for the girls continues. The organisation has existed in its present (violent) form for at least 5 years (there was a pause in 2009/10 when former leader Mohamed Yusuf was killed by the security services).Whilst its motivations are complex, it is in part the result of ingrained regional economic and political marginalisation coupled with a global growth in hard-line conservative Islam.

Although estimates vary, over 3,000 deaths have been attributed to the insurgency in its current phase (2010 – 2014). These have mainly been in the north east, but have also spread across the north of the country and as far south as the country’s capital, Abuja.

The inability of the Nigerian government and, in particular, the security services to deal with this problem will be a key question in the upcoming elections. The insecurity in northern states, particularly Borno, Yobe, Adamwa and Gombe also raises questions as to the practicality of holding an election, when campaign rallies and general electoral infrastructure will form obvious targets for attack.

Another interesting dynamic will be the extent to which the “˜Boko Haram effect’ serves to highlight the extent of the alienation many northerners feel from political institutions based in the south of the country. Would the election of a northern president under the APC banner be more acceptable to the insurgents and their tacit supporters, or do they reject the whole rotten edifice of contemporary Nigerian politics?

The Nigeria Forum will also pay particular attention to events in the Niger Delta region. Whilst the situation in the Delta may look somewhat less forbidding when compared with the raging Islamist insurgency in the North, a resurgence of violence and general lawlessness in the Delta has the capacity to inflict crippling damage on the Nigerian economy. This makes the election period, where political tensions are heightened, particularly important.

Since a reduction in tensions following the 2009 amnesty, oil theft in the Delta has remained a problem and has increased again in the last year, particularly since the JTF (the military) – tasked with securing the Delta during the insurgency – started expending considerable resources in containment of the Boko Haram insurgency. Security in the Delta has also deteriorated since early 2013.

President Goodluck Jonathan, who hails from the Delta region and was the former Governor of Bayelsa State, has, however, been relatively successful at containing violence in the region. This has in part been down to the continuing amnesty and the incorporation of several ex-militants into a strong Ijaw inner circle.

The Delta amnesty has only been partially effective with a substantial proportion of the funds rumoured to have been corruptly obtained to line the pockets of the region’s political elites. Whilst some ex-militants have found jobs and training, thousands remain unemployed and consequently susceptible to re-recruitment by insurgent groups or organised criminal networks.

Both national-level political contestation and the competing ambitions of Delta region politicians will complicate efforts to contain any upsurge in Delta militancy. Attacks and kidnappings, although not at the level of the pre-amnesty insurgency, remain a problem.

Some problems related to international analysis of Nigeria

Analysis of contemporary Nigeria can broadly be subdivided into the following camps:

There is no single space where online readers and writers can access and publish high quality, impartial analysis of Nigerian current affairs, written in an accessible, journalistic style.  Yet, Nigeria is often called the most important country in Africa. Its politics remain unstable, confusing and poorly understood, yet its oil reserves are consumed internationally and its islamist insurgency (Boko Haram) gets an increasingly large amount of analytical attention from regional specialists, analysts of international jihad and development practitioners.

There is a disparity between Nigeria’s importance, the desire for people to read and write about the country and the available publications in which this can be achieved. There is also a lack of opportunity for Nigerians to publish on their own continent to an international audience – to shape international perceptions of their country and forge a career in journalism beyond that of the personal political reporter. Good journalists quickly outgrow their environment and require international opportunities, with the upside that the financial rewards are much better.

As is common in the world of Africa analysis and African studies, there is a lack of communication between different groups working in the area. Journalists rarely talk to academics (for anything more than just a short quote), academics decry brief reports from journalists, often saying that their work lacks “˜nuance’. And Nigerians themselves are given few opportunities to contribute. It often feels like the best analysis is read by few and only the shortest and least illuminating contributions make it into the newspapers.

We aim to change this. The Nigeria Forum, in the best traditions of “˜African Arguments,’ will be a place for expert analysis written in a lively journalistic style. We will reach out to professional writers and analysts of all types and particularly welcome submissions from Nigerian commentators currently based in Nigeria.