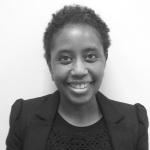 Zambia has retreated on plans for a controversial mining tax announced in January 2015 by its ruling party, the Patriotic Front (“PF”). The move follows forceful objections from the mining industry that the measure was unreasonable. The tax measure put forward in January proposed to eliminate corporate tax on mining and instead raise royalties to 20 per cent in opencast mines and 8 per cent in underground operations, as Financial Times reports here. The government has, however, this week said it will change this by cutting the royalty tax rate to 9 per cent and reinstating corporate income tax at 30 per cent. The proposed change in the tax regime was an effort to increase state revenues, which had declined as a result of falling copper prices over the past 3 years as this Nasdaq chart reveals. The lower copper price coupled with a strengthening US dollar over the period placed further pressure on the Zambian economy and led to the rapid depreciation of the kwacha over the past two years.

In order to address the budget deficit Zambia has thus far issued two Eurobonds, and is contemplating issuing a third because it is struggling with the extant Eurobond repayments. The government also recently received advice from the International Monetary Fund (IMF), which sent a mission led by Tsidi Tsikata to consult with Zambian Finance Minister Alexander Chikwanda and the Bank of Zambia Governor Denny Kalyalya last month. The IMF recommended that fiscal and monetary policy become complementary. Diversification in agriculture is needed to increase resilience in the sector.

The Secretary to the Treasury, Fredson Yamba, said in a government statement on the IMF mission, that fiscal consolidation and diversification of the economy are urgent priorities. Yamba stressed that diversification must remain a more sustainable route to insulating the economy against external shocks and that resolution of the issues in the mining sector was a priority to ensure continued operations. Yamba also highlighted further challenges in the agricultural sector, which will see yields affected by lower rainfall in Southern Zambia compared to 2014’s bumper harvest.

Despite the strong headwinds faced by the Zambian economy and the recent murmuring around the mining tax, the IMF has forecasted a growth rate of 6 per cent for 2015, placing Zambia amongst the world’s fastest growing economies this year. It is encouraging that the government’s approach to the mining tax and the diversification of the economy remains consultative. Zambian President Edgar Lungu recently reassured stakeholders in the Zambian economy saying: “I wish to take this opportunity to reiterate my government’s resolve to continue to putting dialogue at the centre of our governance systems. Dialogue between my government and the mines shall continue”. Mining companies operating in Zambia currently include First Quantum Minerals Limited and Vedanta Resources Plc. Vedanta today announced its Konkola copper mine will continue to be loss-making despite the government’s slashing of the mining royalties to 9 per cent.

Lungu needs to reach a swift consensus on government action on the economy, and the PF’s approach to the private sector in particular, if he is to successfully fend off the stiff competition from the opposition party United Party for National Development’s (“UPND”) leader Hakainde Hichilema. Hichilema’s business background and increasing support amongst the electorate meant that his challenge for the Zambian presidency following Michael Sata’s death late last year saw Lungu win by a very narrow margin. The PF therefore has some hard work ahead if it is to win next year’s general election.

The choice between austerity and issuing a Eurobond should become clearer by June. A coherent macroeconomic policy narrative would be useful in addressing the collection and efficient allocation of revenues in the face of currently low copper prices and the fall in the kwacha. The conversation about the diversification of the Zambian economy away from copper has now been on the agenda for several years and it would be encouraging to see real progress in that regard. While there are some promising developments in the agricultural and construction sectors, there are still sticky structural barriers to trade that inhibit export growth, such as skills scarcity, border costs and access to capital, as this World Bank report points out.

Does the tragedy in the Mediterranean illustrate ...