Foreign investment isn’t necessarily good for Africa, but here’s how it can be

Africa is the fastest growing region for FDI in the world. This is a great opportunity for the continent – if it can be harnessed correctly. 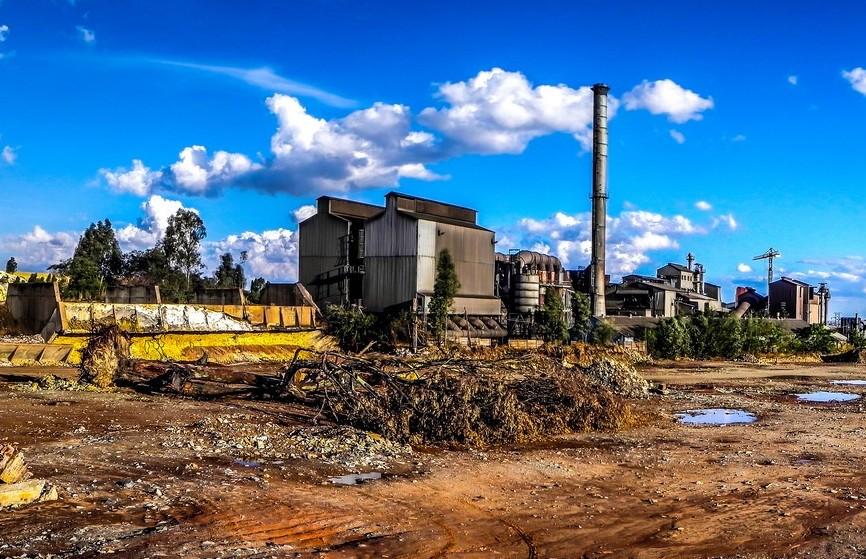 A mine in Johannesburg. Photograph by Paul Saad.

From Carrefour to Coca-Cola, more and more foreign companies are eyeing up Africa with great interest.

In 2014, for instance, the world’s biggest yoghurt company, Danone, bought a 40% stake in East Africa’s largest milk producer, Brookside Dairy Limited, giving it access to 140,000 milk farms across the region. Danone also plans to raise its stake in Morocco’s Centrale Laitiere, which commands a 60% share of that country’s dairy market.

Elsewhere, Huajian Group, the Chinese footwear manufacturer that opened a factory in Ethiopia in 2012, continues to thrive. It is now Ethiopia’s largest footwear producer and accounts for over half the country’s footwear exports. It employs 4,000 workers, but expects to provide 30,000 jobs by 2022.

These are just two leading examples of companies tapping into Africa’s growing potential as a place to do business, but they are far from unique. Since the 1990s, advances in ICT and lower trade and investment barriers have made corporations more internationally mobile. And in Africa, cheap labour, land and raw materials; a reversal of low or even negative growth rates; and less burdensome business regulations have helped make certain countries on the continent ideal places to set up new facilities or buy up existing ones.

Global brands such as Tesco, Walmart and Nestlé and many more have made big strides on the continent.

In fact, Africa is now the fastest growing region for foreign direct investment (FDI) in the world. From 1990 to 2013, FDI inflows in Africa increased 19-fold from $3 billion to $57 billion.

This trend, and FDI in general, is typically seen as a good thing for low-income countries. And especially in Africa, where most countries have small stocks of savings, attracting FDI in order to grow the economy and create jobs can be crucial.

However, less talked about is the fact there are also plenty of challenges with FDI – foreign investment is not necessarily positive for the countries involved.

One of the main effects of the globalisation of investments in the last 20 years has been the increase and consolidation of transnational corporations’ power. From 1990 to 2013, total assets of foreign affiliates skyrocketed from $4 trillion to a gargantuan $97 trillion. Moreover, it has been the case since the early 2000s that in practically every global industry, just a handful of firms account for 50% or more of that sector’s international market share.

This expansion and consolidation among transnational corporations has also taken place almost entirely in the West. Of the top 100 companies in the world, only seven are not from high-income countries – six from China and one from Brazil.

This trend is all well and good for the huge companies involved – and usually for the economies of the countries in which they are based. But the problem with the expansion of powerful multinationals is that it can allow a small number of actors to capture larger shares of profits over larger markets. They do this so easily particularly because they have dominant technologies (often fortified by strong intellectual property protection) and brand name recognition.

These increasing profits of big multinationals are increasingly knowledge and skill-based. This knowledge has been accumulated through years of experience in the industry, and thus acts as a natural barrier to entry. But multinationals are also careful not to share the most profitable parts of their knowledge.  For example in Africa, foreign companies may outsource their low-paid low-value activities but keep their innovative capabilities and technology-creating activities at home, meaning the potential gains for the FDI-receiving African country will be highly limited.

Ensuring FDI benefits the long-term future of one’s country is hugely complex, but these are three factors that can play an important role.

Firstly, identifying the “˜right’ industries and companies is crucial. Countries have done best when looking to industries that have the greatest potential for generating economy-wide productivity growth given domestic constraints (e.g. whether the country has the right kinds of infrastructure and skills) and global conditions (e.g. how fast demand for the product is expanding).

For example, in Ethiopia, the government’s decision to focus on footwear manufacturing has made sense. The industry has low technological barriers to entry, uses cheap and unskilled labour (of which Ethiopia has plenty) and can easily access and utilise leather from the country’s huge livestock population.

In this endeavour, Ethiopian officials have also done well to attract Chinese companies that have sound technological knowhow and years of experience in the international market.

Secondly, countries have done well when they have induced foreign firms to create linkages with the domestic economy. This is something Mexico failed to do after economic liberalisation in the 1990s. The country opened up massively to foreign investors and became one of the world’s leaders in assembly manufacturing, but these companies largely remained in an “enclave economy”. Knowledge was not spread and few sustainable benefits spilled over into the broader economy.

Several policy measures can be implemented to ensure this fate is not repeated in Africa. One is the requirement for joint ventures, which give domestic partners access to their foreign partners’ high-level technologies and managerial skills. Conditions can also be imposed to encourage technology transfers and ensure R&D happens in the host country (even if that can only be at low levels to begin with).

Thirdly, it is important that African governments not just think about the physical production of goods but also producer services such as design, marketing and branding. This is where global brand names, such as Nike, actually make most of their profits these days.

This may sound like an impossible task for most African countries, but Sammy Ethiopia, a company specialising in hand-woven textiles and garments, has shown that it is possible. Its products are spun, woven, dyed and embroidered using techniques stemming from old Ethiopian traditions, but also designed and branded by the company. The company then exports its products to high-end retailers in Australia, France, Germany, Italy and Japan. Although it’s questionable whether an operation like this can be duplicated with more modern techniques – Sammy Ethiopia’s products are largely marketed based on the fact that they are hand-made – it demonstrates the possibility of a successful “˜Made in Africa’ brand.

FDI can be a double-edged sword. On the one hand, it can crowd out opportunities for domestic companies to advance and deliver more benefits to foreign corporations than home or host countries. But on the other hand, with an active state that guides the investments to productive uses, FDI can be hugely useful in plugging investment gaps and contribute to technological and economic spillovers.

Jostein Lí¸hr Hauge is a PhD candidate at the Centre of Development Studies, University of Cambridge. He tweets as @haugejostein.