Evelyn Amony’s poignant and fascinating memoir reveals the inner workings of the LRA, how she left the group, and escaped the label of being ‘Kony’s wife’. 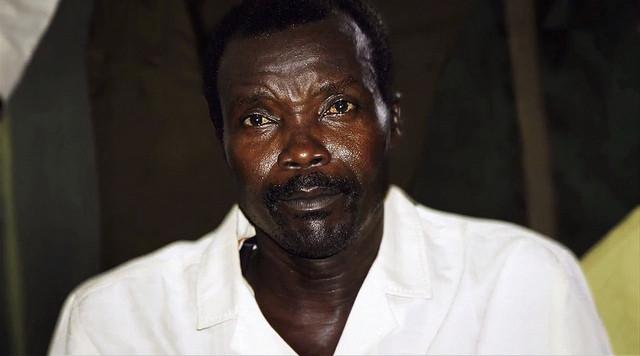 Tears pour in the new book I am Evelyn Amony; Reclaiming my life from the Lord’s Resistance Army. This wouldn’t be unusual given the book’s subject matter, but what may be surprising is that on many occasions it’s the LRA commanders who are shedding the tears, displaying their softer and, well, humane side.

This is a first, as Vincent Otti, Okot Odhiambo and Joseph Kony, among other LRA leaders, have been portrayed often as mindless savages and the embodiment of evil. That Evelyn, abducted as a child, is able to survive the worst of life and tell her story is testimony to her own strong will. That at the same time she manages to dispel the myth of the simplistic good and evil duality is a personal triumph over her abductors and commentators who ignore the complexities surrounding this nearly 30-year conflict.

Joseph Kony founded the rebel group that later became the Lord’s Resistance Army in 1987 in the Acholi sub-region of northern Uganda. By the late 1990s, Sudanese military aid to Kony in exchange for attacks against the southern rebels, the Sudan People’s Liberation Army, transformed the LRA from a small rebel group to a sizeable force of about 3,000-armed men.

Ugandan army pressure combined with the signing of the Comprehensive Peace Agreement between the Sudans, forced the LRA to relocate to the DR Congo’s Garamba National Park at the end of 2005. A peace process between the LRA and the Ugandan government from 2006-2008 failed. The Ugandan army bombed LRA camps in Garamba in December 2008, scattering the rebels and their families throughout northeastern Congo and southeastern Central African Republic. One hundred armed men continue to fight for Kony, who is believed to be hiding in the small Sudanese controlled enclave of Kafia Kingi.

Authentic voices such as Evelyn’s are crucial in shedding light on many aspects of the long and complex conflict that remains poorly understood and neglected. Her description, for instance, of killings and rapes by Ugandan soldiers in the central market of Atiak (her birthplace as well as that of Otti) in northern Uganda is disturbing. The event also illustrates how the LRA rebellion was, at least to some extent, a response to government abuses which began in 1987, soon after then-rebel leader and current President Yoweri Museveni took power. There has been little to no accountability for the many incidents of Ugandan government soldiers killing, beating and raping both women and men in the north.

Government soldiers and the LRA both targeted Atiak over the years, including during an infamous attack led by Otti in 1995 that left more than 150 people dead. Like many in Atiak and the Acholi sub-region in general, Evelyn was forced to lead an almost impossible existence between soldiers and rebels; both sides committed brutal abuses all the while claiming to protect the people of the north. It was never easy to avoid all the men with guns, and eventually the rebels abduct her.

Evelyn’s account of life inside the LRA is heart wrenching in its description of the violence-filled daily routines, but also revealing of how rebellions function at a granular level. Evelyn’s moments with Kony offer an intimate portrait of the LRA leader. Particularly sad are the descriptions of Kony’s many children, who come to life through coercion, grow up in the world not suitable for anyone and are often unable to find a way out.

The death of Fatima, Kony’s so-called “˜first wife’ holds particular significance. Fatima, alongside other women and children, burned to death in an accidental fire in southern Sudan in 2002. Her only surviving son, Salim, is today a 23-year-old LRA leader and the most likely successor to his father. Former combatants have described how Fatima’s death scarred both father and son, which in turn made Kony keep Salim with him, never allowing him to try to leave the LRA’s grasp.

Evelyn also recounts the Juba peace talks, which she attended as a member of the LRA delegation. Her conversations with Kony reveal his ambivalence towards the peace process – the so-called Juba talks of 2006-2008 – but give no hint that he did not take the talks seriously as Ugandan officials have often alleged. Had the talks been handled differently – there is evidence, for instance, that the Ugandan government tried to bribe Otti to leave, which eventually contributed to Kony’s order to have Otti executed – a peaceful solution could possibly have prevailed.

Evelyn’s account illustrates unambiguously the complex nature of the average LRA member, particularly women, most often abducted at a young age and forced to first work as servants and then “˜marry’ LRA commanders. Often, such women are referred to as sex slaves or concubines. These labels, often coming from well-meaning people, do little but further stigmatise the women, creating the impression of victims who are unable to exercise any meaningful agency.

Evelyn’s example refutes the stereotype. Yes, she is forced to do things against her will, but she also takes some charge of her situation, often counseling Kony, her so-called husband and commander, and even defying him. She survives, often against the odds, and manages to return home, despite all the challenges of trying to return to any normalcy.

The stigma associated with Kony and the LRA follows Evelyn long after she leaves the group. Thousands of other former LRA members, particularly women and children born in captivity, continue to face this struggle.

A most poignant part of the book is a chapter with excerpts from Evelyn’s diary, a smart decision by editor Erin Baines, who has spent many years working with women formerly in the LRA and is keenly aware of the challenges they face upon return. In her diary, Evelyn meticulously notes down all the times she manages to work and pay the hospital and school fees of her children. It means she often goes without food sometimes to the point of fainting. But her pride is unmistakable as is her desire to regain her identity some assume the rebels still hold hostage.

When Evelyn pushed Kony to release her from the LRA, he told her she should not leave because everything she would do on the outside would be forever associated with him. “Even the pans you cook with will sound the name Kony,” he told her. She has worked hard to prove him wrong. She did this when she worked day and night to take care of her daughters; when she founded and led the Women’s Advocacy Network, which looks out for women and children formerly in the LRA; and when on behalf of such women and children she met with Ugandan parliamentarians, telling them she was Evelyn, not “˜Kony’s wife’. I am Evelyn Amony may be the ultimate example of a determined woman using her own powerful voice.

Ledio Cakaj is a writer and researcher working on armed groups, demobilisation and reintegration of former combatants, and security sector reform. He is the author of the When the Walking Defeats You; A young man’s journey inside the Lord’s Resistance Army (Zed Books, forthcoming).