In Baringo country, the impacts of climate change have been devastating. Droughts have exacerbated cattle raiding, while now heavy rains threaten to wash away makeshift homes. 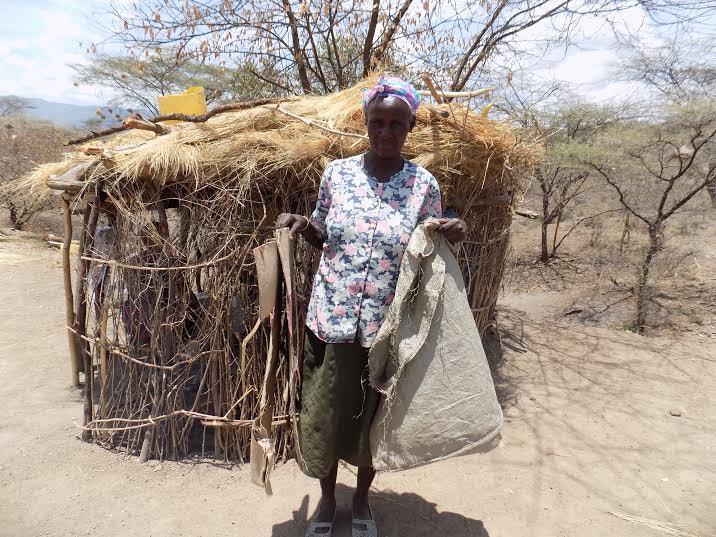 Travelling from Nairobi to Baringo county in Kenya’s Rift Valley may seem a smooth journey to begin with. The roads are decent and flanked by beautiful scenes of lakes and hills. But on reaching Baringo South, the landscape changes dramatically, demonstrating the harshness of Mother Nature and the devastating effects of climate change on this vulnerable region.

2015 has been another dry year and what were once rivers look more like dusty roads. Water scarcity has led to diminishing lands for pasture. And this, in turn, has led to a rise in cattle raiding.

Traditionally, cattle raiding was as way of raising a dowry, but it has since taken on a more criminal and violent nature, often leading to deaths and displacements. In Baringo county, around 1,500 families are reportedly displaced due to cattle raids, and prolonged dry spells have exacerbated this trend.

Chelanga Chebet and his family, including six children, are just some of the victims of these attacks. They were displaced by cattle raiders around a year ago and now live in a small tent of about four by four metres.

“The rustlers torched my house before fleeing with all my livestock leaving me poor and homeless,” he tells African Arguments. A short way away stands another couple of makeshift huts, one of which is now home to four women and ten children, the other of which is shared by the men.

“I had to host my relatives after they were displaced from up there,” says Margaret Deke, the owner of one of the shelters, pointing across at some hills in the distance. She explains that they now sleep on pieces of cardboard and a sack as a bed.

Although they have already fallen victim to cattle raiders, the threat of further attacks still haunts the community, and some believe the raiders have a longer-term strategy than just stealing animals.

“I think the raiders are not only interested with the livestock. They want to destroy property so that we are displaced and they expand their grazing land,” suggests Chebet.

In order to protect the community and stem attacks, the Kenyan government built iron sheet structures to accommodate police officers back in 2012. But heavy winds soon destroyed the structures and it was not until July this year that they were rebuilt. Deputy President William Ruto officially opened the police posts to be stationed by ten officers.

Four buildings were also constructed to resettle some displaced families.

“The government is committed to build houses for all people who were displaced by insecurity,” says Peter Okwayo, area County Commissioner.

However, some residents that spoke to African Arguments said the few units that are now standing were erected just hours before the Deputy President’s visit and were constructed to give the appearance that something is being done. And many of these structures are still far from complete, constituting little more than a roof. 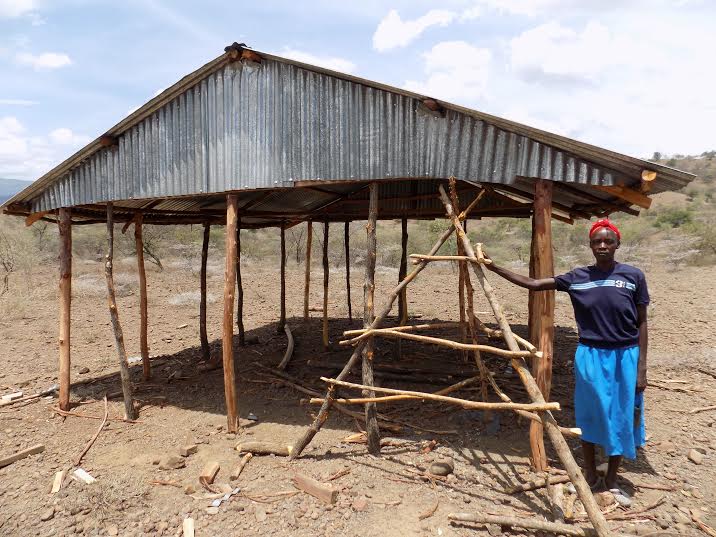 One of the incomplete government shelters. Credit: Rachel Muthoni.

The lives of these displaced residents are deeply precarious, but alongside fears of further attacks and severe difficulties in just making ends meet, they are compounded by another threat. Heavy rains could easily devastate these makeshift homes, and the weather is set to be even more unpredictable than normal under the current El Nino patterns. Early this month, thousands of Kenyans were displaced by huge floods, though this region escaped the worst of it.

“It only rained for a few days and we literally spent nights standing with our belongings soaked in water,” says Chebet. “I thank God there were no floods because maybe we would have been swept away.”

But the danger is still imminent. Even though the rains have subsided momentarily, the meteorological department warns of further impending downpours.

“We are anticipating the rains to resume any time. El Nino is not yet over,” says Principal Meteorologist James Muhindi.

According to Okwayo, the county government is sourcing Sh1.2 billion ($1.2 million) to mitigate effects of the rains. But for now, displaced Kenyans will have to wait for the government to transport more materials for the construction of more permanent shelters.

Many in the area are well aware of the effects that flooding can have. In 2013, over 1,000 families in the region were displaced when lakes swelled due to heavy rains. Some have since returned home, but many others are also waiting for the government to provide the promised housing.

“One school and a dispensary is still submerged, and I fear thousands will be displaced if heavy rains fall again,” says Moses ole Mpaka, a local human rights activist.

Mpaka says that the government ought to give priority to this area as the rains approach, but he is not hopeful given the government’s past performance in taking care of this neglected region on a number of fronts.

“We do not stay in peace here,” he says. “We are either struggling for pasture, insecurity or harsh weather, yet no one seems to care.”

Rachel Muthoni is a Kenyan journalist