Congo: Jean-Pierre Bemba has served his time. Now let him serve his people

Bemba was in jail for the 8 years during his trial at the ICC. He should be sentenced to time already served so he can return to the DRC where his leadership is needed, argues Hank Cohen. 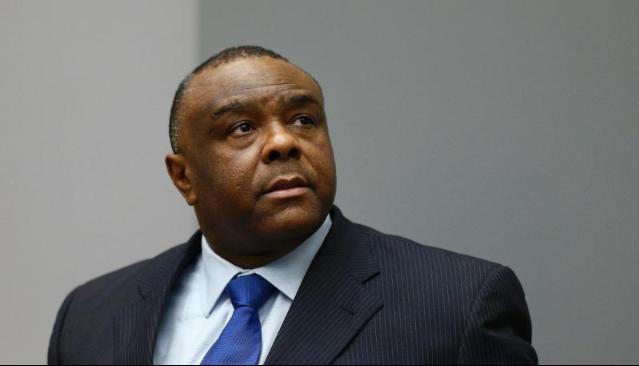 Jean-Pierre Bemba was sentenced to 18 years by the ICC.

Jean-Pierre Bemba was vice-president of the Democratic Republic of the Congo (DRC) from 2003 to 2006.  He is the popular political leader of the Congo’s Equateur Province in the country’s northwest, an area the size of France.  Between 1998 and 2002, the DRC was in a state of civil war, with several African countries involved militarily in support of the government or in support of various rebel movements.  During this period, Jean-Pierre Bemba was President of the MLC party (Movement for the Liberation of the Congo). His party also had an armed wing of several thousand fighters who supported the government against various rebel movements.

The fighting in the DRC stopped in 2002, leading to a negotiated new constitution, and a transitional government from 2003 to 2006. During this period, Bemba was one of four transitional vice-presidents under the transitional president, Joseph Kabila.  The first postwar democratic election was held in 2006, with Bemba obtaining the most votes in the first round, before losing to Kabila in the second round with 42% of the vote.

Before this though in 2002-2003, with a ceasefire in place in the DRC, Bemba decided to send his militia to neighbouring Central African Republic (CAR) in support of President Ange-Félix Patassé who was facing a number of armed rebellions. Patassé had previously helped Bemba organise his armed force in the DRC.  The civil war in the CAR was particularly nasty in the actions committed against civilian populations by the different armed factions, including Bemba’s.

In view of crimes allegedly committed by his militia in the CAR, Jean-Pierre Bemba was indicted by the International Criminal Court in The Hague for “crimes against humanity” in 2008. The indictment said that Bemba’s militia engaged in pillaging, rape and other crimes against civilians, including cannibalism. The prosecution document did not accuse Bemba of inciting his fighters to commit crimes against civilians. However, the prosecution accused him of failing to engage in proper supervision in order to prevent the crimes allegedly committed by his men.

After eight years of deliberations, the Court convicted Bemba of war crimes and crimes against humanity this March.  In July, the court handed down a sentence of 18 years in prison, eight of which have already been served. His defence has decided to appeal.

I have read documents produced by both the prosecution and the defence. As a former military officer, I believe that the commander of troops is responsible for everything his soldiers do, or fail to do. But in the case of Bemba, I believe there are mitigating circumstances. The most important being that for much of the time his troops were in the CAR, he was in South Africa engaged in negotiations for the political transition and elections in the DRC.

It is not my place to argue about Bemba’s guilt or innocence. However, I firmly believe that the nature of the offence should not be the cause of a long prison sentence as in the cases of Liberia’s former president Charles Taylor and Chad’s former president Hissène Habré, both of whom actively encouraged atrocities against civilian populations. Bemba’s main offence was apparently neglect.

Bemba has already served eight years in prison during the long period of the trial.  Given the nature of accusations against him, I believe those eight years are sufficient and that he should be sentenced to time already served.

Apart from the issue of justice, Bemba is needed in the DRC to resume his role as a political leader of a major ethnic region in Equateur Province. His vote tally in the 2006 election indicated that he is enormously popular and has significant leadership qualities. This is especially important at the present time because the DRC is going through a period of constitutional and political crisis. President Kabila’s second and final term officially ends in December 2016, but he is showing signs of not wanting to leave and of possibly finding ways to remain in power indefinitely.  This is a period when the opposition needs to be unified in order to maintain maximum pressure against the regime, and Bemba is needed to stand with the opposition in support of constitutional democracy.

My message to the International Criminal Court is short:  Bemba has already served his time; now let him to return to the DRC to serve his people.

Herman J. Cohen is a former US Assistant Secretary of State for Africa.

Fed up, unafraid, and just getting started: ...