The UK will miss out on a huge opportunity if it neglects Africa in its Brexit plans. Here are three actions it should take. 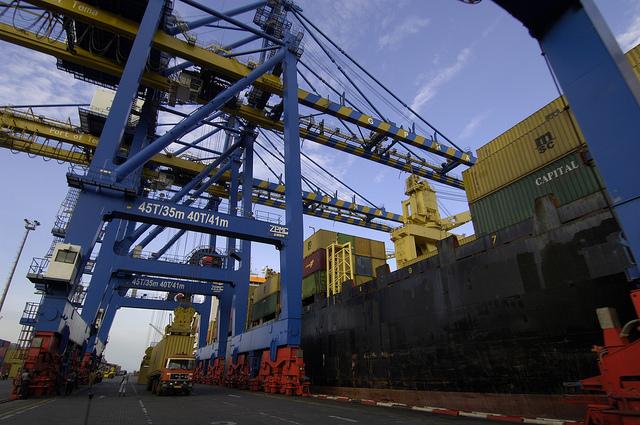 The potential for greater UK-Africa trade and investment is huge. Credit: Jonathan Ernst

Of all the issues raised by the UK’s recent Brexit vote, one of the most concerning is that Africa has been ‘downgraded’. Judging by the debate over the UK’s future relationship with the European Union and its trading partners, Africa is not even on the Brexit agenda.

Across Whitehall and the civil service, the brightest and best minds are being pulled off other activities and into the Brexit negotiations, depleting the already under-resourced Africa teams. The decision by the new prime minister Theresa May to fold the Africa Ministry into the Middle East Ministry sends an ominous signal, relegating sub-Saharan Africa to (at best) third place behind the Middle East and North Africa. This means that sub-Saharan Africa will need to fight for increasingly scarce resources to get its case heard.

Despite creating a brand new Department for International Trade, the UK is missing a trick. Officials are understandably excited about forging trade deals with the world’s largest economies, from the US and Canada to China and India. But by focusing on the largest economies, it is missing out on a huge opportunity.

Why? Because over the next century, Africa is set to be the world’s fastest-growing region. This growth will be underpinned by economies that are rapidly diversifying and growing their consumer base. Africa already has one fifth of the world’s population and one quarter of its under-18s, and this proportion will rise dramatically over the next 50 years. In tandem, African purchasing power, the rate of urbanisation, and demand for goods and services will also rise. As the UK recalibrates its global trade relationships, Africa needs to be a key partner – not a collection of bitty, disjointed deals based more on luck than design.

The urgency for action cannot be understated, especially as British commercial relations with Africa are surprisingly weak. The UK accounts for just 3.5% of Africa’s total trade, around half the level of France, while FDI flows from the UK into Africa totalled just $2.6 billion in 2014, compared with $18.3 billion from France. Perhaps one of the ironies of Brexit is that the UK now needs to be more French when it comes to its attitude towards Africa. Even as an integral member of the European Union, France has maintained close commercial relations with African countries.

With the prospect that African issues will be put on the back burner as the UK negotiates its exit from the EU, I believe the following three actions need to be taken:

First, the Secretary of State for International Trade, Liam Fox, needs to create a dedicated Africa team in his ministry, focusing solely on trade and investment with the continent. If there is shortage of expertise to unpick the complexities of African markets, the ministry should bring in the best minds from the UK’s business and academic community, drawing on their rich knowledge and experience of local markets to craft an effective trade policy.

Second, we urgently need a strategy for UK-Africa trade. This strategy must not be the usual collection of vague pledges and wishful thinking, but instead one which outlines the areas of trade relations that the UK will address as a priority. The EU’s Economic Partnership Agreements (EPAs) have come under heavy criticism for not truly benefiting African markets, instead undermining local efforts to industrialise while doing little to build African capacity. This gives the UK an opportunity to develop a healthier and fairer trade relationship not based solely on the import of raw commodities and export of consumer goods and services, but which also fosters partnerships between UK and African companies.

For instance, the UK’s fintech sector, with revenues of $6.6bn last year, has demonstrated how the innovative and business-friendly British model can meld with African ingenuity and deep knowledge of local markets to create huge successes.  Mobile money platform M-PESA (which started life as a start-up funded by the UK’s Department for International Development) is an African poster child for the sector. There is huge scope for other British business sectors to expand into African markets, from engineering to logistics and education.

Third, the UK needs to think bigger than Anglophone Africa. Africa’s four largest Anglophone countries – Nigeria, Ghana, South Africa and Kenya – are understandably top of the list given their extensive economic and trade relations with the UK. But there is a huge opportunity for British businesses in Francophone Africa too. Côte d’Ivoire and Senegal are two of Africa’s best performing economies, producing, processing and exporting commodities to world markets whilst also acting as hubs for trade and services across the CFA Franc Zone. Francophone businesses would welcome British partners given the relative lack of competition in their markets. And there are many sectors where the flexibility and openness of the British model of doing business would confer a huge advantage over French corporations, which have been given an easy ride for decades.

Developing the UK’s trade relations with Africa must be integral to its Brexit strategy, and Africa must not be allowed to sink down the agenda. The UK is held in high esteem across the continent, and Brexit offers a unique opportunity to reset trade relations and create a more equitable model under which British and African companies can collaborate, invest, and trade with each other for mutual benefit.

Dr Edward George is the head of Group Research at Ecobank

The East African wrapper is a source of pride, rich in meaning and history. But it is more complicated than that.  The story of the leso is fairly well-documented. There ...
By continuing to browse the site you are agreeing to our use of cookies.