As corruption allegations unfold, Malawians are watching keenly but are not outraged or protesting. 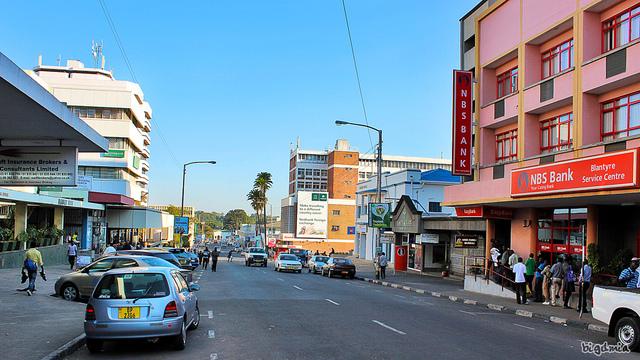 According to some estimates, Malawi loses 30% of its budget through corruption. Credit: Ismail Mia.

This September marks three years since the high-level corruption scandal in which $31 million was stolen from government coffers began to be uncovered.

Since then, over 70 individuals – including high-level civil servants, private contractors and politicians – have been charged in connection with what has locally been dubbed the Cashgate scandal. Eleven people have so far been sentenced, while many cases – including that of former budget director Paul Mphwiyo whose attempted assassination first brought the revelations to light – are ongoing.

Over the past three years, Cashgate has become the main reference point for corruption in Malawi, but the problem of graft goes much wider and deeper. According to Malawi Economic Justice Network executive director, Madalitso Kubalasa, the country loses 30% of its public resources each year due to corruption.

The disappearance of such large sums of money would shake any country, but they are particularly significant for one of the world’s poorest nations. Furthermore, these scandals have added knock-on effects for the economy in terms of investor and donor confidence. After Cashgate emerged, for example, international donors – from which Malawi receives around 40% of its annual budget – suspended large sums of aid over fears it would be misdirected, leading to a budget crisis.

Corruption in Malawi is endemic. Its effects are devastating. And especially over the last three years, countless officials who are meant to be in office to serve the country have instead been exposed for enriching themselves at its expense.

However, while Malawians have been keenly watching these scandals unfold, there has been a curious lack of outrage. Malawian citizens are frustrated but, unlike some of their counterparts in the region, not to the extent that they are trying to force out their politicians, protesting for change, or demanding that graft is properly rooted out.

A history of corruption

The main reason for this lack of indignation is the fact that over the last two decades, corruption has become almost completely normalised in the country. Public money and resources are at the mercy of those in power, and it is expected that when a president is in power, his or her family and home region will benefit.  At least this has been the case under all four presidents since multi-party democracy was established in 1994.

For instance, Bakili Muluzi (1994-2004) has been in and out of court over the last decade answering charges of stealing $12 million while in power.

Bingu wa Mutharika (2004-2012) has come under strong suspicion for managing to amass a colossal $84 million in personal wealth during his time in office.

Joyce Banda (2012-2014), who has been absent from Malawi since she was voted out of office, has been accused of complicity or even an active role in Cashgate. In his sentencing, Oswald Lutepo, the most senior figure to be convicted so far, claimed he was used by Banda who he named as one of the beneficiaries of the scam. Meanwhile, Reyneck Matemba, Deputy Director of Malawi’s anti-graft body disclosed that they had been probing Banda “for some time now”.

And finally, the administration of current president Peter Mutharika – brother of former president Bingu, whose wealth his party has defended as legitimate – has also come under attack. Several of his cabinet ministers have reportedly been implicated in the Cashgate investigations and Mutharika has been accused of shielding them by refusing to name them. Furthermore, there have been growing allegations that Mutharika has been interfering in corruption cases and using his influence to shield his political allies.

As previously argued, one aspect of Malawi’s political structure that is crucial to corruption is the fact that power is so centralised. The state president is at the heart of everything, from the awarding of contracts to the appointment of board chairpersons and members, and this both encourages and allows patronage and impunity.

Listening to Malawi’s former and current political leaders talk about corruption, one notices a general lack of remorse. They will talk about graft, willingly or otherwise, but when they do, they mostly seem to be trying to compete over who is the least corrupt amongst them.

Malawi’s leaders tend to insist that they are fighting corruption, but these pronunciations are rarely translated into meaningful action. Some small steps towards greater transparency may have been taken, but corruption remains the country’s biggest problem in undermining efforts towards development.

The main culprit behind this endemic corruption is a materialistic and self-loathing culture among elites who are willing to get rich by any means necessary. For this group, joining politics has become the most convenient route to riches, and the phenomenon of seeing politicians getting rich overnight without being accountable for how they made this wealth has become commonplace.

Politicians in all Malawi’s current and former governments are culpable and/or implicated in these practices, meaning that no major party has a genuine interest in addressing the issue or decisively rooting it out. To do so would both harm itself and reduce its ability to self-enrich now or in the future. The status quo of impunity suits those in power and those who hope to win it back. And this theft of public resources is not only endemic, but over time has been normalised and even accepted.

This situation attracts yet more people into politics with the objective of profiting rather than serving their country, and today Malawi is divided between a minority of elite politicians living luxuriously and a majority struggling to make a living.

This is the ugly face of kleptocracies, which is what Malawi has become – a republic ruled by the rich, for the rich. The rest feel that they can only spectate, while the media is bullied into keeping quiet if it starts to make politicians feel too uncomfortable.

As the University of Malawi’s renowned Professor Blessings Chinsinga put it succinctly, “Efforts to root out corruption do not stick because the existing institutional milieu makes it almost impossible.”