In most labour disputes, the government uses state machinery and the media to dominate the narrative. But through social media, medical workers have found a way around this. 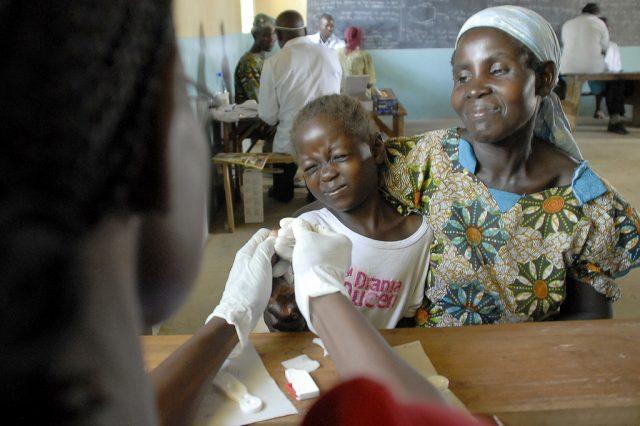 The ongoing health workers strike in Kenya has taken a new dimension with medics taking to social networking sites to air their grievances. In the process they have forged a discussion in the new information spaces and rallied support for their actions.

Kenya’s medical workers have downed tools to demand the implementation of a collective bargaining agreement signed in 2013. The unions accuse the government of breaching the agreement by passing over the healthcare workers’ payroll onto county governments without establishing the relevant legal framework for the devolution of health.

Additionally, healthcare funding across Kenya has been cut from a recommended 15% of the government’s budget to 2.7%.

Health workers have taken to social media as a way to apply pressure on the government and to expose the plight of medical professionals as well as the overall status of health care in Kenya.

The health workers are tapping into a trend that has developed in leaps and bounds in Kenya over the past decade. This has seen citizens use social media to express their anger and speak truth to power.

The health workers strike shows how new information spaces can be used as sites to negotiate, challenge and resist power. It raises the question of whether social media can serve as a functioning public sphere within an environment where mainstream media is constrained by, among others, partisan interests and the bottom line.

How it came about

In the days before the strike, medical workers used the hashtag #LipaKamaTender (pay it like tender). The phrase has became popular on social media, and in particular Twitter, as a way to criticise the current Jubilee administration led by President Uhuru Kenyatta.

In this Christmas season, don't get sick, we are not paying doctors.

We have the capacity and means to sustain a strike for a full year. We ain't poor, just poorly paid. #DoctorsStrike #LipaKamaTender

Kenyatta’s four years in office have been laden with scandals. One of the latest involves the Ministry of Health. The allegation is that Ksh 5 billion ($50 million) has been “lost”.

There are also allegations that people linked to the president’s family won tenders to supply mobile clinics and facilities at grossly overpriced rates. The mobile clinics have been stuck in Kenya’s main port, Mombasa, for more than a year.

In most labour disputes, the government is able to take the upper hand by using state machinery as well as the media to influence the dominant narrative.

But through various engagements on social media, medical workers have magnified their individual and collective voices to speak about their own experiences. They have revealed details about their individual and institutional realities, challenged various ideas and assumptions held by the public about the medical profession, and tackled questions such as ethics and industrial action.

By popularising and using the symbolism Kenyans have adopted against corruption, health workers have located their industrial action within a broader national debate. Doctors are making it clear that their demands are not misplaced. If the nation can afford to overpay tenders and fail to seal loopholes that cause corruption, why can’t it afford to pay doctors?

Health workers have revealed their living conditions and the difficulties they sometimes have saving lives due to the lack of facilities.

Some have argued that the authorities expose them to dangers about which members of the public are largely oblivious. Among the issues they are highlighting are decent pay and benefits as well as shortages of medical equipment and supplies.

In one Twitter thread, a young doctor told his story about working in northern Kenya on the Somalia and Ethiopia borders. As the only qualified doctor in the area he had to single-handedly manage a huge disadvantaged population. His salary was low and his allowances were slashed on the grounds that his cost of living would also be low. In addition, the Ministry of Health refused to transfer him after he was involved in a road accident and disabled.

Another doctor took audiences back to 2013 when a baby died in her arms because there was no blood for a transfusion and the equipment to do blood cross-matching with the parents was out of order:

“After the morning round with my senior consultants in the hospital, we find an anaemic, gasping, pale as paper and fragile baby. We proceed to nebulise the baby and put him on oxygen, which is shared with many patients.”

As Elizabeth Wala, the CEO of the Kenya Medical Association, a voluntary membership organisation open to all medical and dental practitioners registered in Kenya, argued:

“[Since] the social contract between doctor and patient is not considered void under any circumstances, strikes by doctors seem to raise ethical concerns about their professional conduct. Here it is vital to consider that doctors in their entirety are human beings having similar emotions, feelings and more importantly the needs as those of a common man.”

The cost of living is not different to a doctor as to another citizen. Bounding them with a social contract does not eliminate these basic human characteristics.

Others have pointed to options that exist elsewhere. As Ashira Zephania, an obstetrician/gynaecologist in his third year of practice, wrote: “The Kenyan doctor can easily make around Ksh 2 million month salary (an equivalent of US$20,000 compared to as low as US$400 that some make) if he quits and goes abroad. But he is fighting to stay and make the system work.”

The health workers strike discourse is more than an industrial dispute. In debating the status of health in Kenya through social media, the platform is allowing circulation of information and ideas. Different positions are put forward, discussed and challenged. Social media has become a functioning public sphere.

The use of social media has helped to advance the cause of striking health workers. Through these communication channels they have managed to mobilise allies to their cause while internally galvanising the health workforce.