African Argument of 2016: And the winner is…

From our shortlist of five amazing articles, hundreds of readers have voted for their favourite.

In 2016, we had the pleasure of publishing several excellent articles and we asked for readers’ input to pick their favourite and award our African Arguments 2016 Prize. It was incredibly tough, but we shortlisted five articles that are particularly engaging, thought-provoking and original.

It was a close contest with nearly 600 readers voting (the winner of the prize draw to win any three books on the African Arguments book series has been contacted). But in the end, one article came out on top: It’s fair to say that since Muhammadu Buhari took office in 2015, he has split opinion. He has been seen as Nigeria’s saviour by some while viewed very sceptically by others, and as his presidency has continued, some of these perspectives have polarised even further. In this piece, however, Moses E. Ochonu cuts across the divide and rhetoric and assesses Buhari’s record clearly, carefully and thoroughly.

He convincingly and engagingly evaluates the president’s actions against his promises, sadly concluding that: “The reality of leadership has exploded the illusion of Buhari’s messianic abilities and exposed him as a prisoner of power – in other words, as just another politician”.

Long but please read with an OPEN mind *** Nigeria: The shattering of the @MBuhari mythology https://t.co/9zu54IkBaE via @socializeWP

The bloom is off the rose for the Buhari administration in Nigeria https://t.co/4hWvtd0X1D Thorough, accessible summary of current politics

The runners-up, in order of when they were published are:

Virtual mining in Cameroon: How to make a fortune by failing 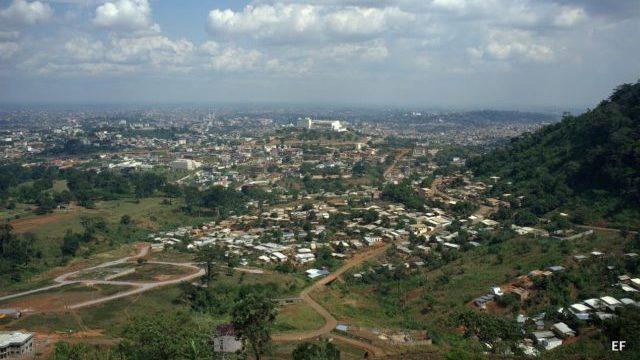 For this extensive and often shocking investigation into the widespread corruption in Cameroon’s mining industry, Emmanuel Freudenthal trawled through official records, spoke to company insiders, and visited projects on the ground.

Through these efforts, he uncovered numerous instances in which individuals had profited massively – one group multiplied its money by a factor of 400 in just one year – through highly questionable means. He found high-level conflicts of interest, and clearly explains exactly how well-connected elites consistently get rich off Cameroon’s mineral wealth without actually extracting any minerals at all.

This is fascinating. The scam of mining permits in Cameroon. https://t.co/yIBRpQIZ8h When Ibrahim Yahaya Ibrahim came across a 4,000-word piece in Foreign Policy magazine about Zinder in Niger, he read it with some trepidation. Zinder is his home town, but neither the violent imagery of “sliced ears” and “slit throats” nor the tenuous attempts to link this to Boko Haram in the article rang true. Ibrahim translated the piece into Hausa to read it to the youth gangs profiled in the article as well as other residents, and they were similarly unimpressed. “Are we animals?” responded one.

In this article, Ibrahim not only deconstructs all the problems with the Foreign Policy feature, but also provides a nuanced and convincing explanation for the trends based on his own extensive research.

A great takedown of FP's article on violence in Zinder, by a scholar from there who knows it very well: https://t.co/sPZaegBNIo

An excellent critique of western journalists' coverage of conflict in Africa. A must-read: https://t.co/LmIrp0hO9Y pic.twitter.com/oEk6xqWx25 “Publishing about Africa is punctuated with structural inequities in which Africans are often dissed and dismissed”, writes Robtel Neajai Pailey in this reflection on African academia and the fact the number of articles by Africa-based academics in two leading journals has plummeted over the past 20 years. Taking a long view of history, she declares that Africans have always produced knowledge about Africa, but that their contributions have been “preferably unheard” in some cases and “deliberately silenced” in others.

But this is not just a complaint. Pailey outlines various measures that can be taken to reverse the trend, a challenge also taken up by Celia Nywamweru in her piece: How to put the ‘African’ back into African Studies.

This needed to be said: “We need to put the ‘African’ in #African Studies": https://t.co/OJqalJscJY pic.twitter.com/cuW4JBh5Sn

Important questions about the past, present and future of African Studies.https://t.co/DIuhKpxsZb 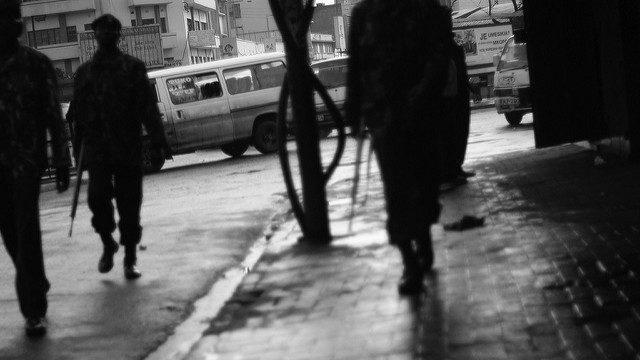 When attorney Willie Kimani, his client Josphat Mwendwa, and their taxi driver Joseph Muiruri, were found dead in July, Kenya briefly experienced protests against police brutality and extra-judicial killings. Many condemned the police violence and called for accountability, though soon the issue petered out. Nanjala Nyabola, however, took a different approach. In this sharp and insightful piece, she keeps the spotlight on the injustices and examines the origins of Kenya’s National Police Service in an attempt to understand what underpinned this deepening record of brutality so to better tackle it.

https://t.co/zebBgbRUlU Excellent piece from @Nanjala1 on how brutality was written into the DNA of Kenya’s police. pic.twitter.com/aZTz13ZffC