The Amani Festival united more than 34,000 people for three days of music, dance, and culture to promote and demand peace in the still wounded North Kivu region in the eastern Democratic Republic of Congo.

For more than two decades, the eastern DRC has suffered from war, mass atrocities, poverty, and destruction. Its well-known wealth in minerals and natural resources along with national and regional hostilities have created years of suffering for the Congolese people.

It is in this context of instability that the meaning of “Amani”, peace in the Swahili language, gains importance in a land tired of conflict. The festival seeks to change the image of Goma and the Great Lakes region and show the world that the Congolese youth is motivated to demand a change in their lives.

[What does Tshisekedi’s death mean for DR Congo’s road to elections?]

The Amani festival started and has grown as a family that brings together people and culture. It represents a space of celebration where citizens of the Great Lakes region can meet, think and commit themselves to a better common future.

Over three days, people from across East Africa congregated to send a message against violence using music and art as their only ammunition. This year’s edition enjoyed a record attendance and consolidated its reputation as one of Africa’s most acclaimed festivals. 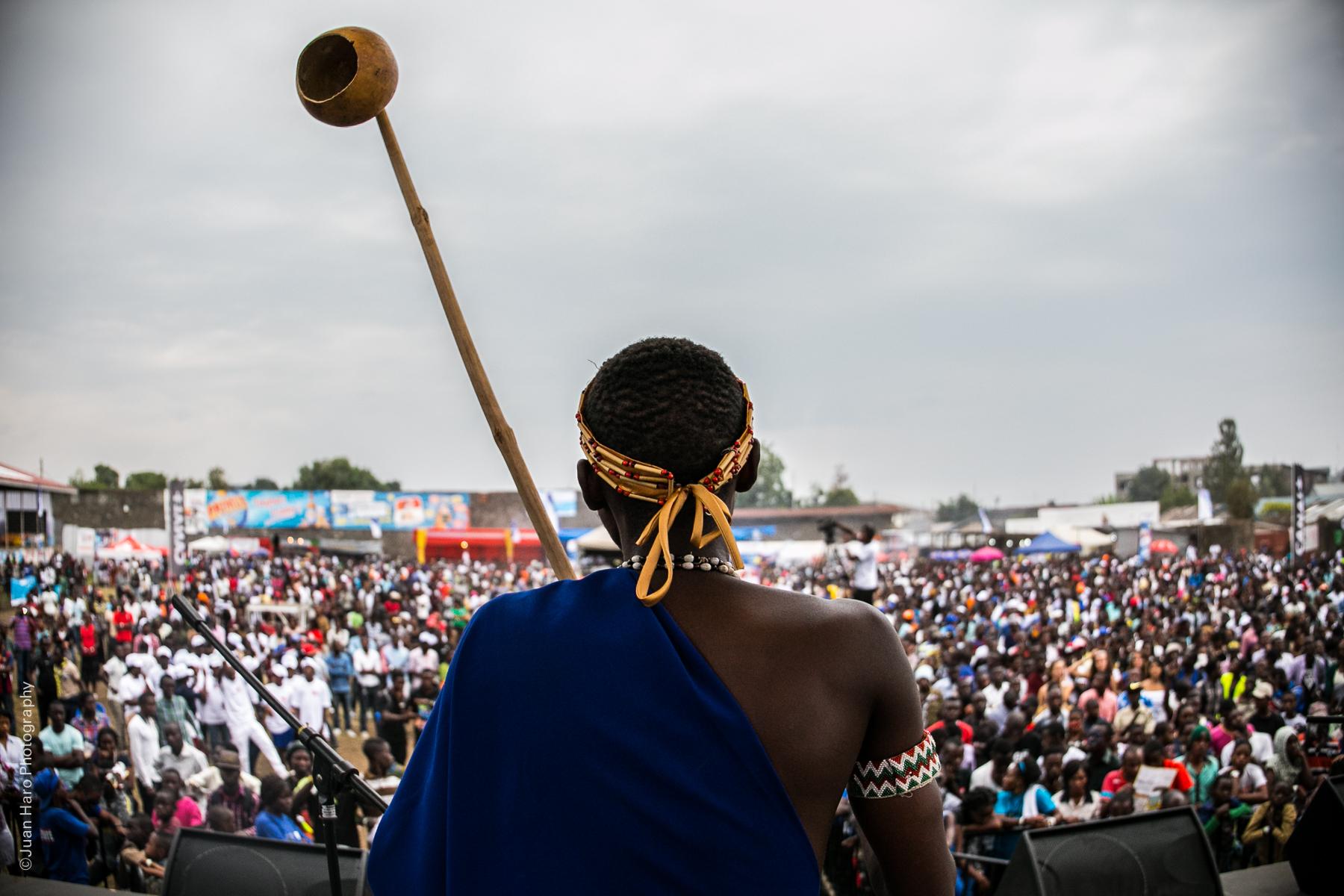 The performance led by the Burundian band, Alfred and Bernard, was a definite highlight. The band combined traditional instruments known as umuduri with drums, bass, keyboards and electric guitars in what was a show “made in the hills” of Burundi.

“It is thanks to the Burundian people that our leaders are where they are now. This is the reason why they must respect us without any discrimination, we want reconciliation and solidarity for our country”, the band said to the press after the concert. 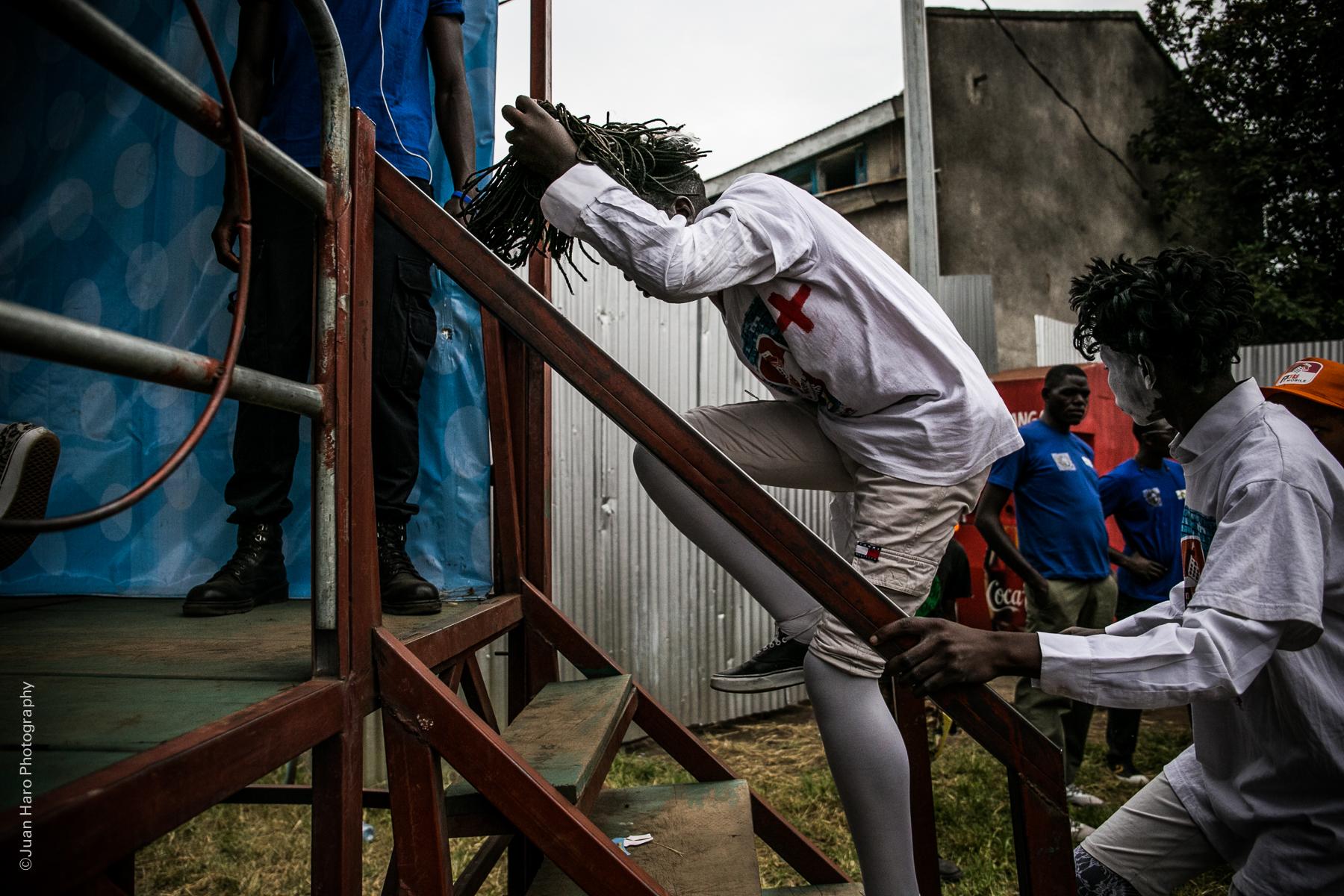 According to the organisers, 34,000 attendees, more than 100 NGOs, over 600 athletes, and 27 bands of Africa’s most esteemed musicians and artists took part in the 4th edition of the festival. 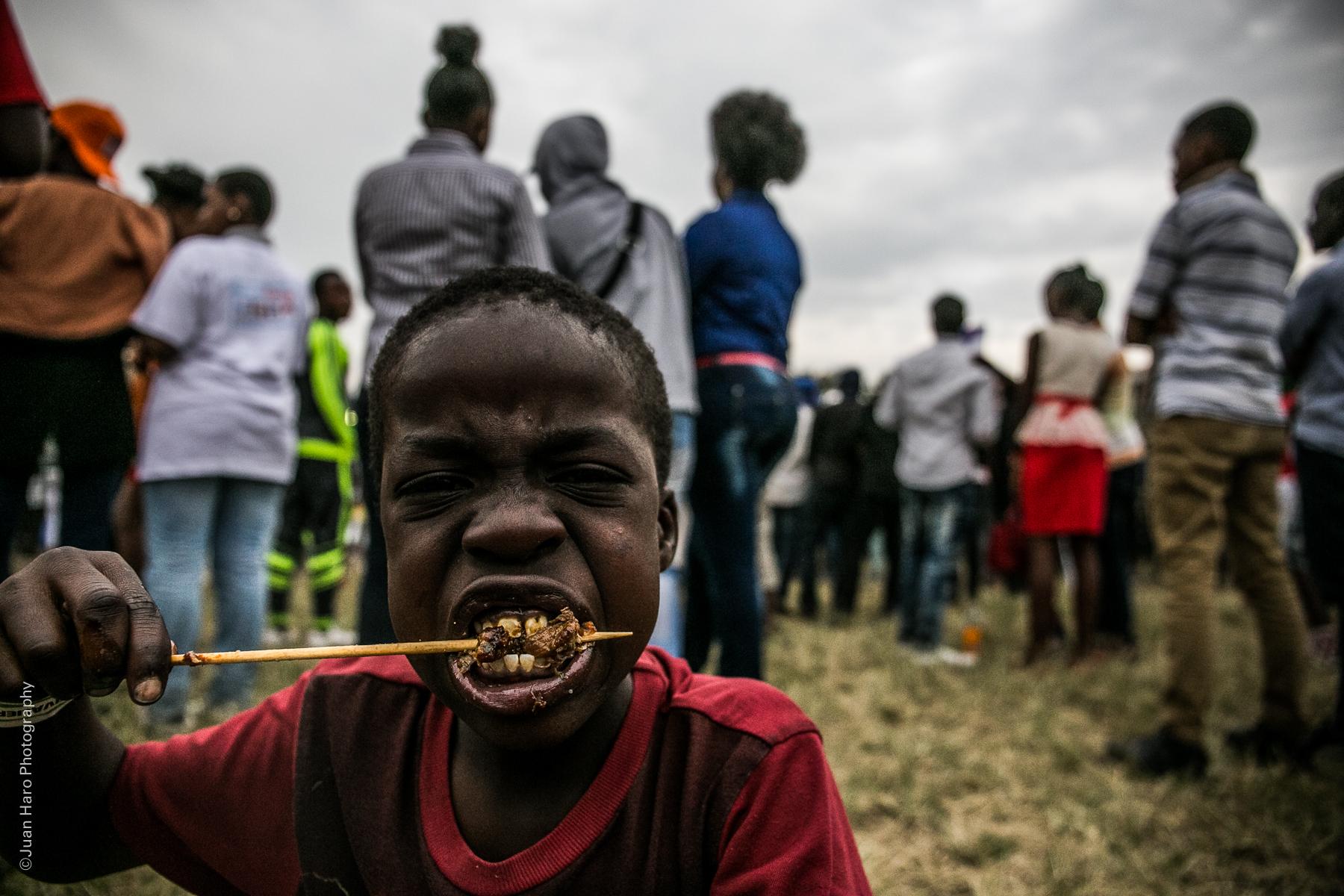 Music, art, spectacle, caravans, tents, and one-dollar tickets have been the instruments chosen for this edition to leave behind daily problems and after-effects of the war in an event of solidarity. Artists such as Jean Goubald, Boddhi Satva, Fabregas, DJ Amaroula, Mani Martin delighted the public and sent a message of peace for the future of eastern Congo. Musical comedy group, The Invisibles, also captured and wowed the crowds with their explosive performance. A group of young dancers and actors aged between 5 and 20 years old interpreted the brutality and consequences of the recruitment of children soldiers through powerful choreography and metaphoric theatre. The DRC is well-known for the passion and intensity of its dances. The fearless artists of Amani were aware of this and transmitted great doses of stamina to the crowd. But the night before the festival started, the idiosyncrasy of the unrest in the area was made present in what it was supposed to be a celebration for peace. During an unprovoked altercation a policeman shot and killed one of the Amani festival volunteers. The volunteer was called Norbert Paluku, nicknamed “Djoo”, a 30-year-old dancer, who leaves behind a widow and two children, aged 3 years and a few months.

In an event that promoted peace and solidarity, the dark truths of a tumultuous country cannot be forgotten, and the name of Djoo will remain present in the memories of all the Amani family.

Despite the tragic turn of events the festival went on, and will continue to run next year. There is no way the region can move forward without peace and non-violent solutions. It is because of this that young volunteers and organisers are fully committed to land again in Goma for the 5th edition of Amani Festival.

Juan Haro Simarro is a photojournalist currently working for UNICEF Burundi where he focuses on digital media and photography with particular interest in the current socio-political situation and the advocacy for children’s rights.