Kabila is flexing. Kasai is unravelling. Angola is smouldering. 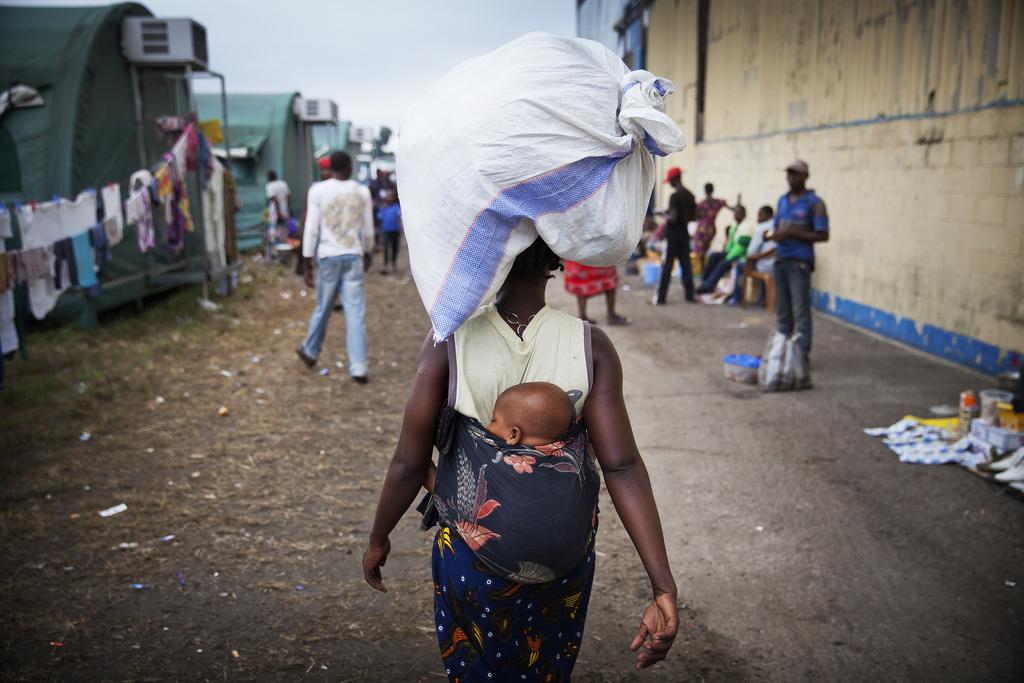 The week before US President Donald Trump’s inauguration this January was an interesting time to be in the capital Kinshasa. The Democratic Republic of Congo‘s regime was in a peculiar mindset.

As they looked over to the US, officials recalled that Patrice Lumumba, DRC’s first freely-elected prime minister, was assassinated just a few days before the inauguration of John F. Kennedy in 1961. They also pointed out that President Laurent-Désiré Kabila was killed less than a week before George W. Bush first took office in 2001.

Some of those around the current president were convinced history would repeat − that there would be an attempt on Joseph Kabila’s life in the run-up to Trump’s inauguration. They claimed there was a conspiracy by the international community to atomise the Congo and neutralise Kabila like they had Saddam Hussein and Muammar Gaddafi.

What didn’t happen next

This assassination attempt never happened. And since that January, many more things have not happened.

Foremost among them is the implementation of the Saint Sylvester Agreement. This is the deal that was settled between the government and opposition on 31 December 2016. Made nearly two weeks after the official end of President Kabila’s second mandated term, the agreement ostensibly offers a roadmap out of the Congo’s political and constitutional crisis.

Facilitated by the Conference of Catholic Bishops, the agreement contains a commitment to respect the Constitution. It also includes several references to the fact that Kabila, who has been in office since 2001, will not stand for a third term. Instead, it says he will lead a transition government and hand over to a successor to be elected by the end of 2017.

On the one hand, the Saint Sylvester Agreement was an important achievement with consensus and concessions from all sides. There had been widespread protests through 2016, leading to dozens of deaths, and the deal allowed a period of fragile calm. It was also the result of a fully Congolese process, mediated by perhaps the last national institution to retain a degree of moral authority.

But on the other hand, it remains a vulnerable construct. The deal has several blind spots and gaps to be filled in through later negotiations. It was agreed between a divided ruling coalition and divided opposition. And it was made in a country with a long tradition of people signing deals without intending to respect them.

As a source within the regime said: “This agreement has the great merit of being unrealistic. It will be hard to implement. We will let the government led by the opposition govern and organise the elections. They will conclude soon enough that it is unfeasible to organise them before the end of the year, and when they pass their deadline, we will whistle at them as they whistled at us last December.”

Since the agreement, the government has consistently demonstrated its lack of will to organise elections. This was seen, amongst other occasions, as it exploited the predictable implosion of the opposition UDPS after the death of its leader Etienne Tshisekedi this February.

But the opposition has hardly impressed either. The only activity to see progress is voter registration, and many believe this is because the regime is preparing for a constitutional referendum to propose removing the two-term presidential limit.

Local violence out of control

Away from Kinshasa, things are also increasingly uncertain as local conflicts have intensified in certain areas these past months.

The most dramatic developments have been in Kasai. Until recently, this region did not know the phenomenon of armed groups. But in August 2016, conflict was triggered by a succession dispute among customary authorities about 70 km from the city of Kananga.

The governor of Kasai Central tried to appoint someone against the will of the community. There were violent incidents in which the locally supported candidate was killed. And eventually a new armed movement called Kamwina Nsapu emerged.

Violence regularly flared up for the rest of 2016. It became permanent in January 2017. And it grew exponentially in February. The uprising, which started locally, spread across several provinces and was met with excessive violence.

Up to now, at least 42 mass graves have been discovered in the region. Meanwhile, two members of the UN Group of Experts − who were investigating human rights abuses and ties between the violence, national politics and the Congolese army − were found dead this March.

The case of Kasai shows how the Congolese state has lost its capacity to anticipate or even react to local conflicts. It exemplifies how areas get stuck between a formal administration that exists on paper but is not operational on the one hand, and customary authorities which often lack consensus and legitimacy and thus are vulnerable for manipulation on the other.

These tensions led to the massive violence in the Kasai and could happen in many other places in Congo where the same conditions apply.

At an international level, the Congo is also in flux. This can be seen in particular when it comes to Angola.

From the beginning of the Kabila family’s reign, its southern neighbour has been one of the regime’s most important partners. Both Laurent-Désiré and Joseph Kabila have been saved on various occasions by Angola.

The president considers this crucial support to be an expression of solidarity with his regime or even with him personally.  But the reality is that Angola’s absolute priority is, and always has been, to avoid instability along its 2,500 km border with the DRC.

In the last months of 2016, Angola sent clear messages to Kabila to respect the Constitution and organise a transition within a reasonable time-frame. This position seems to be supported by the southern Africa regional bloc SADC as a whole. The region does not believe Kabila is able to provide stability and does not want the vast country to implode.

As the situation has worsened in 2017, Angola has not been amused by the lack of progress in the political process and even less by the 1.3 million displaced people in Kasai, which it borders. Many in Congo, including inside the regime, fear that Angola might take action to maximise pressure on Kabila.

The result of all these dynamics − from the national-level impasse, to spreading local level conflicts, to increasingly anxious neighbours − is that nobody knows what to expect. It is no longer possible to predict what will happen in the Congo.

But on the other hand, the president and his entourage know they are unpopular and that they can only win the referendum with fraud and/or intimidation. In a survey last year, 81.4% of respondents said they were against changing the constitution. Kabila’s government is also aware that its ability to control local conflicts is weak.

One of the key questions at the moment is of what effect the Western sanctions imposed on various senior officials in the last couple of weeks will have. Will they further undermine the cohesion of the regime? Or will they allow the government to close ranks and even win back a part of public opinion through a militant nationalist discourse?

As is becoming increasingly the case when it comes to the Congo, this too is nigh on impossible to predict.

Kris Berwouts’ new book Congo’s Violent Peace: Conflict and Struggle Since the Great African War is out in July 2017. It will be published as part of the African Arguments book series by ZED Books. It will be launched on 3 July. This article is drew on research Kris conducted for DfID’s DRC Evidence, Analysis and Coordination Programme (EACP), on behalf of Integrity Research and Consultancy.