Keeping the incumbent party in office may be difficult to bear, but hope that the opposition will bring change may also be misplaced. 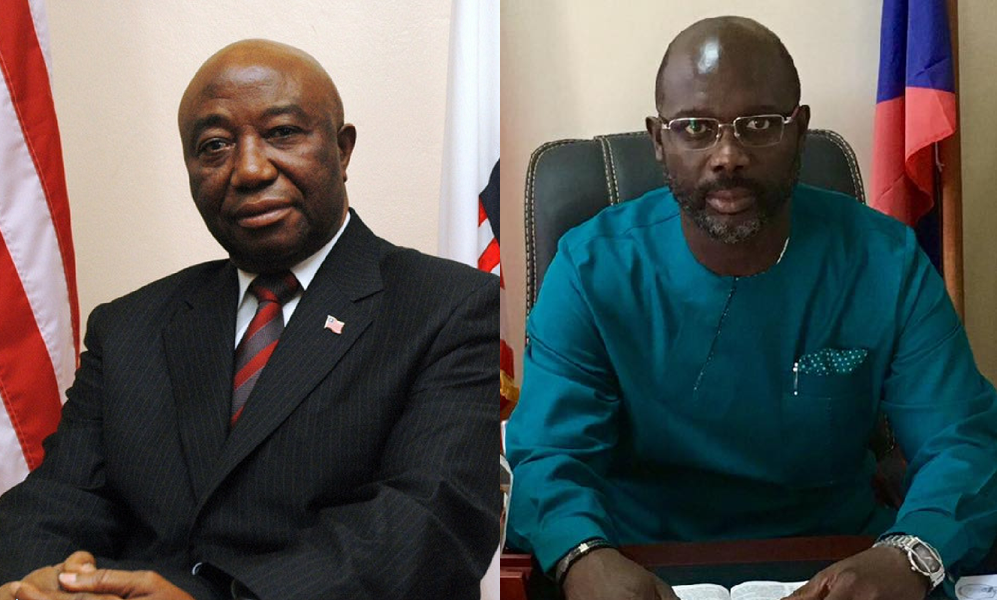 Musa Lamine was sitting under his market stall listening attentively to his radio when the news came over the airwaves. None of the 20 contestants in Liberia’s 10 October presidential election had won outright, the presenter announced. That meant there would be a run-off between the two frontrunners, one of whom, it was confirmed, is his candidate. Lamine jumped up to rapturous celebration.

“Finally, I am happy that even though my candidate did not win, we will go for a second round,” he exclaimed. “Now I will campaign harder to make sure my country doesn’t fall into the wrong hands.”

As Liberia gears up for the 7 November run-off, talk of the “right hands” and “wrong hands” has dominated the political discourse. But voters are divided on which option represents which.

For the third time now since the end of the civil war in 2003, Liberians face a choice between the same two parties: the ruling Unity Party (UP), whose candidate Vice-President Joseph Boakai garnered 28.8% in the first round; and the opposition Coalition for Democratic Change (CDC), whose nominee George Weah reached 38.4%

In both the 2005 and 2011 elections, the UP’s Ellen Johnson Sirleaf emerged victorious in the run-off. But could 2017 prove to be third time lucky for the opposition?

The ruling UP is currently dogged by in-fighting and has limited resources compared to previous campaigns. After 12 years in office, in which its record was unflattering on several fronts, it is struggling to convince Liberians that it can make a positive difference going forwards.

In her last State of the Nation address, the outgoing President Sirleaf admitted that her government had failed to reconcile the Liberian people and had fallen short in the war on corruption. Under her watch, the government signed dozens of agreements with foreign companies regarding Liberia’s natural resources that allegedly violated national and international laws. Nepotism was rife. And several senior UP officials were engulfed by scandals and are facing corruption trials.

It is in this context that many Liberians are hoping to follow their counterparts elsewhere in West Africa in unseating long-seated incumbents. In the first round, the CDC got the highest number of votes by a large margin, contesting as a coalition of three parties in its seemingly well-funded campaign.

However, for those bidding for change, hope in the CDC may be misplaced.

To begin with, the party’s campaign platform is reminiscent of the ruling party’s and is made up of similarly vague and anachronistic platitudes.

At the same, the CDC also seems to be looking backwards rather than forwards. Weah’s running mate is Jewel Howard-Taylor, the ex-wife of the convicted warlord and former president Charles Taylor. According to some observers, this joint ticket is a golden opportunity for the political rebirth of Taylor’s hardliners who have vowed to bring back the former leader’s agenda if elected.

The CDC is also not immune from the corruption scandals either. After all, the third party in Weah’s coalition is led by a former speaker of the house who was removed from office following serious allegations of corruption.

The CDC maintains a loyal base of youthful and exuberant supporters. Weah’s own story in becoming one of the world’s leading football players still inspires many. But there are concerns that if the CDC takes office, tainted politicians from the other parts of his coalition will be the ones that end up calling the shots.

A pick of personalities

With the two parties bearing such defects, the prospects of stable and sound leadership might lie in the competence and character of individual leaders.

Amongst his supporters, the UP’s Boakai is seen as a loyal and principled individual with a wealth of experience in government spanning nearly 40 years. He has promised improved infrastructure, economic indigenisation and a public service manned by competent home-based professionals. Boakai’s advocates claim he has the vision Liberia needs and that his staunch stance against corruption puts him at arms-length from President Sirleaf, who has stayed away from the campaign trail.

Boakai’s critics, however, insist that as vice-president for 12 years, he should be held just as accountable as Sirleaf for the government’s record on the economy and corruption. It is perhaps his proximity to Sirleaf that accounts for some of the UP’s poor electoral performance in its traditional strongholds.

In the other corner, Weah is more clearly an outsider, though he is no longer the political novice he was when he first entered politics in 2005, untainted by the country’s troubled past. The former football legend lost the presidential race in 2005 and again came second, as a vice-presidential candidate, in 2011.

In 2014, Weah successfully contested for a senate seat in Montserrado County. His election to the senate was seen by supporters as an opportunity to gain experience, but a legislative report card developed by a local civil society group suggested that Weah performed poorly in the role.

Nonetheless, the CDC’s candidate is once again promising change, free social services and a campaign to root out corruption. But with close allies of Sirleaf, including members of her cabinet, supporting Weah, and the opposition leader’s recent promise to “protect” Sirleaf and her family if elected, observers are questioning the credibility of his campaign for change.

Having narrowed down the field from twenty candidates, Liberians on 7 November will be left to choose whether they want the UP’s Boakai or the CDC’s Weah to oversee the country for the next six years.

But with very limited specifics on policy proposals from both sides, voters face a difficult decision. The key task for them will be to interrogate the credibility of the candidates’ promises and their competency to deliver on those promises.