Women have been at the heart of some of the most powerful new films from Africa. Here are some you won’t want to miss. 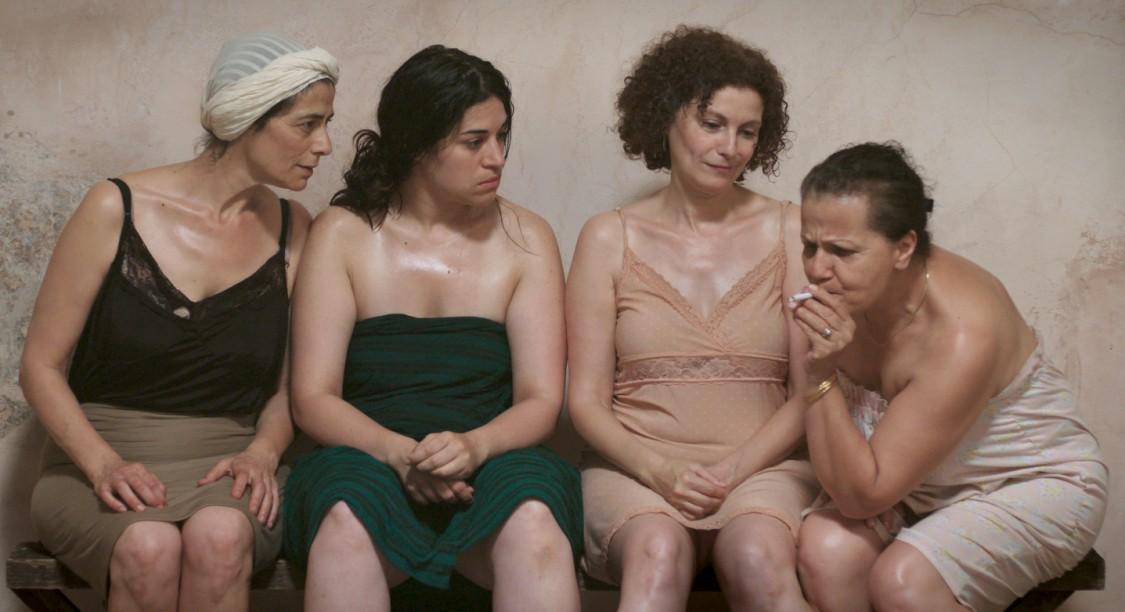 The films listed below are all showing at Film Africa 2017, which is taking place at venues around London from 27 September to 5 November.

Set during the Algerian Civil War, I still hide when I smoke takes us back to a day in 1995 which we spend in and around a hammam owned by Fatima (Hiam Abbass). The constant bombings have disrupted the water supply and the hammam is packed with wives, daughters, widows and children, who pour out their concerns as they wash away the weight of their worlds.

They explore sex, marriage, religious extremism, divorce and romance. As heavy and intense as this film can get, director Rayhana Obermeyer does a marvellous job of using Samia (Fadila Belkebla), a hopeless romantic, to provide comic relief when needed.

As the day moves on, the film is carried by Meriem (Lina Soualem). She has fallen pregnant out of wedlock and has escaped to the hammam to hide from her brother who wants to kill her. Fatima keeps her hidden until realising the only way to make it through is to seek the help of her customers.

Obermeyer presents the harshness of this reality and challenges the ways we are used to hearing Muslim women talk about their wants, desires and fears. This one day in the hammam serves as a microcosm of the fundamentalist and patriarchal world that lies waiting for the women when the hammam closes and they are forced to leave the walls of their sanctuary.

Having fled Tunisia following the Jasmine Revolution, Samia (Sarra Hannachi) is plunged into the Mediterranean Sea as she attempts to make her way to France. Once she arrives, she connects with Imed (Salim Kechiouche), a friend from her past – a past filled with family and political struggles from which she desperately tries to distance herself.

Samia lives her life with an urgency. Through Foreign body, we remain close to her as she works through her new world, tainted with grief, lust and insecurities, whilst trying to evade her past which continues to haunt her.

We meet Leila (Hiam Abbass), a recent widow who starts off by being Samia’s employer but ends up being an ally as they both try to grasp for control in the new lives in which they’ve found themselves.

Samia has the ability to adapt quickly to her constantly changing environments whilst never fading into the background. In one scene, we see her dance seductively in the centre of the dance floor in Ahmed’s café. Sometimes with a beer. Sometimes alone. Sometimes with a partner. But always in control and on her own terms.

Set in Kinshasa, this film centres around Felicité (Véro Tshanda Beya), a proud and independent nightclub singer, single mother and businesswoman. We first meet her singing in a bar and stay with our protagonist as she responds to what life throws at her.

When her son Samo (Gaetan Claudia) gets involved in a dreadful motorcycle accident, Felicitié sets about getting the money to pay for his operation. Unfortunately, the same traits that make Felicité such a captivating character to watch on screen are met with hostility by those around her. In one scene, Samo’s father refuses to contribute to the hospital fees retorting “you wanted to be a strong woman”.

Watching this film, it feels as though Felicité is a prime example of the difficult women Warsan Shire was speaking to when she wrote: “And you tried to change didn’t you? Closed your mouth more, tried to be softer, prettier, less volatile, less awake”. But thankfully, Felicité doesn’t try to change at all. She wears her life lessons as armour as she works to accomplish her mission. She is exactly who she is, which is not somebody whose job it is to comfort us. The honesty it provides makes this a refreshing watch.

On Friday nights in Rwanda, listeners tune into Zirara Zubakwa (‘Happy Couples’) on Flash FM to listen to Vestine Dusabe. With this as the premise, Sacred Water shares stories about Rwandan sexuality, specifically kunyanza, a traditional sexual practice performed by men to ensure female ejaculation.

Rarely is female sexual pleasure the focal point in discussions about sex outside of the realm of our sisterhoods. So when, upon arriving at a village, Vestine proclaims “Women come here, today is our day, tonight we will be sleeping on top”, she is met with much applause.

Vestine’s truthful and extravagant energy makes her the perfect guide to follow as she travels through Rwanda to discuss the “sacred water”, its supposed mystery and the practice of gukuna with students and villagers.

For many, sexuality is treated as taboo in Africa (as it is in much of the West) and is a realm dominated by the patriarchy. But whilst that is not untrue, it is not the only truth. Vestine and director Olivier Jourdain give us entry to another world. One in which sexual pleasure is spoken about openly under the skies, in the classrooms, and on the airwaves, which is where we leave the documentary on a real high. (Watch it and you’ll know what I mean!)

“I was horrified when I realised I had lost my identity…suddenly I was Mandela’s wife” – Winnie Mandela.

As with the majority of social movements, the stories that typically come to be revered are those that highlight the work done by those at the forefront. We seldom hear full stories about those equally active behind the scenes, often women, enabling such movements to happen.

That the focus of this documentary about Winnie Mandela’s story, as told mainly by Winnie and her daughter Zindziswa Mandela. It offers an open and frank telling of Winnie’s life from her marriage to Nelson Mandela, to her ANC activism during her husband’s incarceration, to the controversies that have threatened to discredit her.

Whatever your stance, there’s something to be said for director Pascale Lamche presenting a narrative which has Winnie sharing and liberating her own story.

Mutsa Marau is Head of Project Design & Delivery at The Nzinga Effect. When she's not plotting projects to deliver, she can be found satisfying her addiction to popcorn and finessing her Shona.