Kenya’s political discourse takes place in two very different realms: one conducted in English, one not. 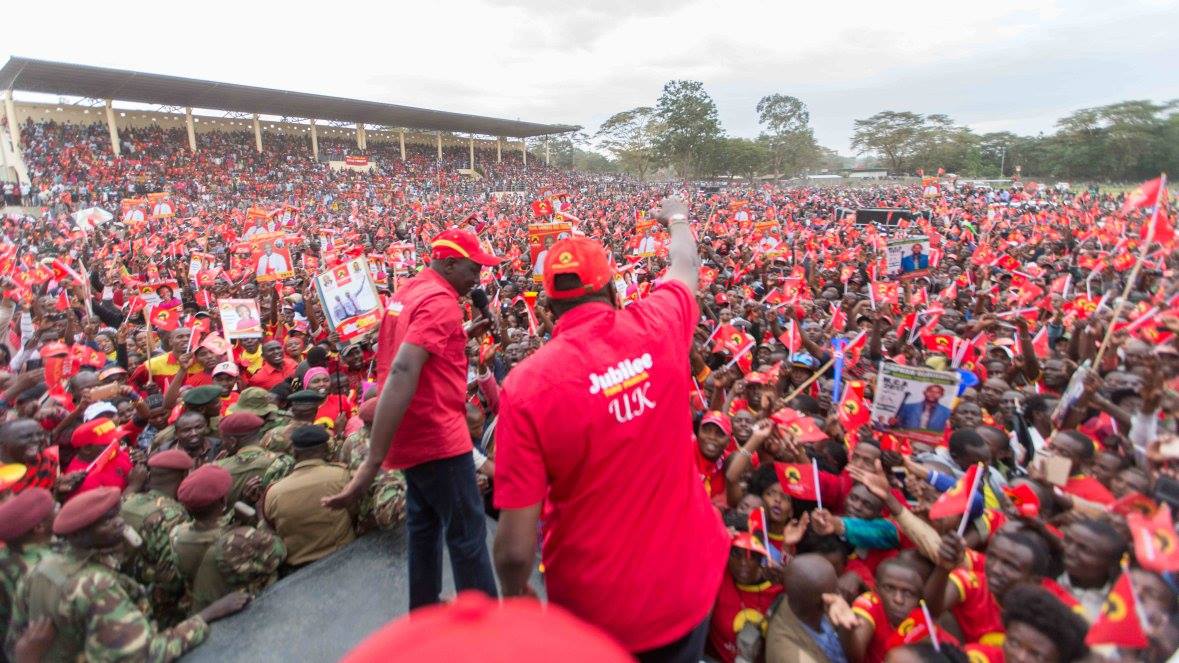 The Supreme Court’s ruling on 1 September was one of the most startling in recent – perhaps world – history. In a 4-2 decision, the court held that Kenya’s 8 August election had not been conducted to the standard established in law and that the Independent Electoral and Boundaries Commission (IEBC) that oversees elections needs to conduct a fresh election.

Understandably, incumbent Uhuru Kenyatta, who had been declared the winner of the poll, was upset and felt that he had been robbed. In response, he gave two speeches.

For the first, delivered on the steps of State House, the president was in a suit and tie and he spoke, for the most part, in English. Although Kenyatta’s anger was evident in his pinched expression, the speech itself was relatively magnanimous. He promised to respect the decision of the court even if he did not personally agree with it.

Scarcely an hour later, Kenyatta gave his second speech. This one was at Burma Market in Nairobi and he was dressed in a white polo shirt on an open top SUV. This time, Kenyatta was speaking in Swahili and had fighting words for the court that sent shockwaves globally. He called the judges wakora (“crooks”) and promised to “take care of them” once the small matter of the election was over.

For those outside Kenya, this about face in such a short period of time may seem startling. But for those of us watching Kenyan politics closely, it was a reminder of the extent to which politicians use language to shift personalities, mask intent, and say things some might find offensive.

Of course, politicians are not the only people who do this. Research shows that multilingual individuals present differently in the various languages they speak. Binyavanga Wainaina has written eloquently about how often this happens in Kenya.

But in Kenya’s political sphere, this shifting has significant consequences. It allows the political space to be divided into two separate realms.

The first, that of English, is the one in which formal policy is mostly delivered – and usually as a meaningless stream of buzzwords, shielding real questions of power from scrutiny and leaving analysts with little more than hot air to analyse. Outside social media, English is the only language in which policy conversations are conducted; in other languages, politicians can at best stumble through such discourse.

By contrast, the other realm – that of Swahili, mother tongues and sheng’ – is often more raucous and combative. Given that speaking English to familiars is like showing up to a family dinner in a tuxedo, politicians switch to local languages to create a more private space. Here, the speaker and listener feel like they are getting a truer version of the other. “I am one of you,” it whispers. Thus liberated, insult and gossip – kusengenyana (speaking ill of someone behind their backs) – flows fast and becomes the thrust of politicking.

This linguistic dissonance isn’t harmless. It reduces politics to a form of entertainment and shapes voting behaviour. It can rob more substantive candidates by making them seem out of touch for speaking in English, while absolving incumbents of the obligation to answer for their failures by distracting the audience.

This has particular impact on rural voters, many who may not speak English or even Swahili. These citizens are left out of formal policy conversations and left with an especially reductive version of politics.

For instance, the widespread failure of voters to connect endemic healthcare strikes with political decisions is not absurd: the separation of Kenya’s political space into disparate realms makes it more difficult to connect the performance of politics with actual day-to-day challenges. Languages build and sustain worlds, and a person will struggle to infuse meaning into a concept they cannot ground linguistically.

Significantly, in these heated political times, Kenyan voters are being treated to increasingly ugly language in Swahili and mother tongues even while the veneer of civil discourse persists in English.

Last week, for instance, Embakasi MP Babu Owino allegedly made derogatory remarks about the First Lady at a rally. Nairobi Governor Mike Mbuvi Sonko then retaliated at another campaign event by calling Owino the Swahili equivalent of “faggot” and saying he deserves to be raped.

These fiery words have gone largely unnoticed outside Kenya but have raised the political temperature inside. Owino has been the target of unusually punitive behaviour from the police, while officers violently beat University of Nairobi students protesting his arrest. One student was killed in the subsequent campus invasion by the police.

This is not an argument for shifting all politics to English. In fact, it is an argument for the opposite. Policy makers, including civil society, commentators and other figures, need to do more to shift substantive policy conversations into Swahili and other languages.

Keeping the English world of legislating separate from that of “real politics” makes it harder for voters to articulate their demands. A familiar, issue-based vernacular that would enable such conversations does not exist. It is telling, for example, that when politicians talk about title deeds and land – probably the country’s most violent and contentious political issue – they will switch to English, even if the speech is ostensibly in Swahili.

Local language radio stations were supposed to help in bridging this gap, but instead they have made it worse. In an informal listening study of Kikuyu language Kameme FM, the twitter account Radio Kikuyu found that the station often misrepresents key political information and dangerously repeats contentious claims made by politicians. This kind of broadcasting only hardens the identity-based silos from which many Kenyans make political decisions.

It might be too late to save the 2017 election cycle, but in the long-term, if policy discourse in Kenya doesn’t become as intimate and familiar as the kusengenyana of electoral politics, voting will remain abstract from its consequences and susceptible to dangerous manipulation. A linguistic shift is the first step in connecting policy to politics – the first step in linking what politicians say when they feel they can be truer to themselves, with reality.