Musicians in Eritrea used to have to sing the government’s praises to pass the censors. Now there are other ways to get heard. 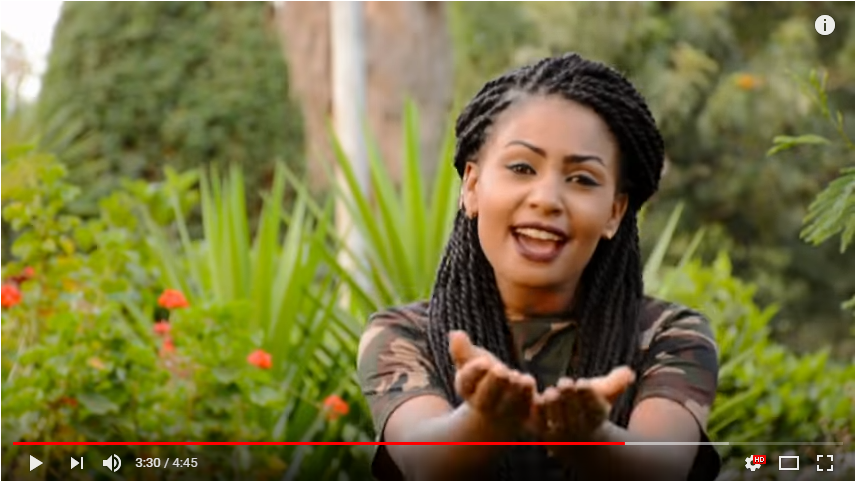 In 2005, Eritrean singer Ghirmay Andom had just completed his latest album. As required by the government, he submitted the lyrics to his ten songs to the censorship office (officially known as “evaluation unit”) in the Ministry of Information.

The artist was hopeful that his uncontroversial songs of love and life would pass the censors and that he would be allowed to start distributing it. But when he finally heard back, all his lyrics had been rejected. Along with some more nitpicking comments, he was informed that: “When the country is facing lots of adversaries, it is unjustifiable to consistently sing about romance”.

Andom’s experience was far from unique. The government in Asmara has long tried to maintain a close control on artistic expression. It not only shut down the independent press in September 2001, but has also imposed a medieval practice of censorship on literature, art and music.

Before being able to broadcast or print their work, artists have had to endure long waiting periods to hear from the censorship unit, which consisted of a single official. Artists would not dare submit anything sensitive, and gaining approval was effectively reduced to appealing to the personal tastes of the censorship chief.

The effect of this was that singers hoping to pass the screening process – and qualify for publicity or even state-sponsored tours – ensured their songs were brimming with praise of the government.

The state media pushed this trend even further. For example, when Temesghen “Taniko” Ghebreselasie was awarded the 2004 prize for Best Album of the Year by the National Holidays Coordinating Committee, the state newspaper declared that the judges “should be ashamed… for honouring an album without a single patriotic song”.

This paranoid and sycophantic culture defined Eritrean music for more than a decade and practically served as manual for producing albums. As Andom, now in exile, explains: “Many of us were indirectly coerced into their structure of producing patriotic songs in the hope of getting that little access”.

Eritrean music thus necessarily came to echo, and sometimes even outdo, the government’s own propaganda.

In “There Is No Other Liberty”, for example, Tesfalem “Qorchach” Arefaine eulogises the regime and attacks its critics, singing:

“What do they mean we’re in shackles?

There are no cuffs on our hands and legs.

“Adha of comely face, your words shook the horizon.

Adha live on for us, so as the country will gain miracles.

Adha may you live on, so as the world would sift its problems.”

“You’ve been weighed on a balance of manliness,

You compel the sun to bow down, let alone humans.

In the last few years, however, things have changed gradually. After Ali Abdu sought political asylum in Australia in 2012, Yemane Gebremeskel replaced him as minister of information. He lifted the previous censorship regime in 2016.

In the last few years, Eritrean music has also been transformed by musicians increasingly bypassing state broadcasters and turning to YouTube. Rather than having to rely on government-controlled channels to distribute their music, artists are uploading it themselves. There are now over a dozen hugely popular YouTube channels dedicated distributing to Eritrean music. Their songs regularly receive several millions of hits.

This new development has dismantled the government’s supreme authority to decide which Eritrean musicians get heard. It has led to a diversification of the types of songs being listened to.

“New and old songs are being distributed to an ever-growing set of subscribers,” says Yonatan Tewelde, an Eritrean music video producer now based in the US. “YouTube caters to the new Eritrean pop genre and has brought to the spotlight a line-up of young pop artists getting to the stage with seasonal hits.”

Tewelde adds that this does not necessarily mean the quality of music coming out of Eritrea has improved. However, it does seem to have undermined the government’s strategy of only allowing sufficiently patriotic songs to be disseminated. In fact, there are now forces pushing in the opposite direction.

Many subscribers to the YouTube channels are in the diaspora, and for them, the comments sections under videos act as public forums. They usually confront and criticise songs they see as being out of order.

When Eseyas “Haleka” Debesay (known for singing praise songs to the president) joined forces with the Yohannes sisters to upload a “patriotic” song that mocked the youth fleeing the country, for instance, the response was immediate. The video accumulated more than 30,000 “dislikes” in under a week, before the “dislike” and “like” buttons were disabled. It also garnered around 7,000 comments, many of which called for a boycott of the artists.

In Eritrea itself, connections are too slow to listen to music online easily. However, the use of YouTube has had similar effects on listenership indirectly. After uploading their music videos to the internet, many singers and producers today also distribute them to internet cafes. They, in turn, lend them on to customers on flash-disks. In effect, these Eritrean internet cafes have now become digital libraries or offline versions of popular YouTube channels.

This new avenue of distribution has not just affected the politics of Eritrean music. It has also had an effect on the economics. As Tewelde explains, “the returns are encouraging for a few songs that hit millions of views”. He cautions that this income often fails to offset production costs, but it does provide a new potential source of revenue.

Not all of this income, however, ends up in the musicians’ pockets. When the concept of monetising YouTube was realised in Eritrea, some quickly generated earnings by infringing on the copyrights of artists and producers. Yohannes “Wedi-Tikabo” Tikabo, for example, has seen no financial benefits from the several millions of hits his songs have received on YouTube. His music was uploaded without his consent.

This is no doubt a concern for some artists. However, for most Eritrean musicians, there are still far more pressing concerns than generating an income from online hits. The ruling elite has become aware that Eritrean artists are enjoying greater independence and are better able to drift from the regime’s prescribed narrative.

Last year, this led the state to launch a wave of arrests targeting producers, directors and owners of the best known YouTube channels. They were finally released in September 2017, after being held in military custody for nine months and without due process of law. The Eritrean regime is clearly not happy with the new trend that challenges the status quo it enjoyed for years.

Given its tight control over Eritrea, President Afwerki’s government may still be able to convince or coerce some musicians into singing praise songs. The question, however, is whether there is anyone left willing to listen to them.