In an unprecedented move, leaders from all sectors of society are speaking out about growing assaults on freedoms and political violence. 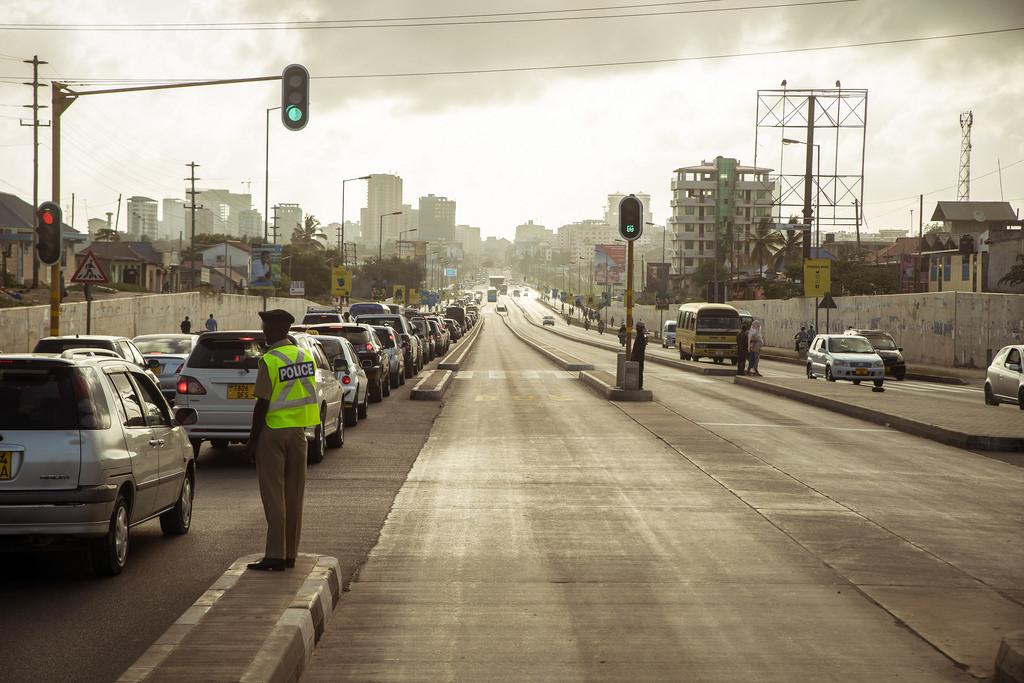 On 16 February, Akwinlina Akwiline was on her way to university in Dar es Salaam. She was reportedly heading to the National Institute of Transport, where she was a student, in order to hand in a letter that would allow her to shortly begin her field work. She boarded a bus.

Akwiline, however, never made it to her destination. The 22-year-old student was killed after being hit by a bullet fired by police officers attempting to disperse an opposition rally.

The news of Akwiline’s death was far from the first politically-related tragedy that Tanzanians have endured in recent months. In September 2017, for example, the senior opposition lawmaker and government critic Tundu Lissu only narrowly survived after being shot several times in Dodoma. Meanwhile, just days before Akwiline’s killing, opposition official Daniel John had been found dead with machete wounds in Dar es Salaam.

In a manner unlike after those incidents, however, the death of the innocent student seemed to galvanise public opinion. A wide variety of organisations expressed their frustration at the situation in Tanzania in a rare show of outspokenness.

Two days later, the European Union Charge D’Affairs issued a similar statement. It listed recent instances of violence and intimidation, and declared: “We note with concern the recent developments which threaten democratic values and the rights of Tanzanians in a country which is widely respected in the world for its stability, peacefulness and freedoms.”

That same day, a cross section of religious organisations in Mwanza also publicly lamented the recent killings and attacks. The Tanzania Episcopal Conference’s 36 bishops had earlier raised their concerns too. The Mwanza leaders spoke of the disappearance of investigative reporter Azory Gwanda last year and called on the government to intervene, saying: “It is important for our leaders to condemn and take action against such incidents because they are against religious teaching and violates the basic human rights”.

Tanzania’s expressions of dismay were particularly notable for being so diverse and widespread. They came from a genuine cross section of organisations, including the rural, pastoral, religious, economic and student. This is a first for Tanzania.

However, any hope that the situation would change immediately following these desperate appeals was quickly disappointed.

Barely two days later, news broke that Godfrey Luena, an opposition politician in Morogoro, had been killed outside his home by assailants with machetes. According to members of his party, Chadema, the young and popular Luena had recently been pushing back against alleged land grabs in his area.

Earlier this week, a court sentenced two opposition leaders to five months in prison for insulting President John Magufuli. On Wednesday, authorities banned thirteen songs deemed to be breaching “cultural norms”; several had lyrics that were critical of the government.

“Our deaths or arrests are never recorded”

The various statements released in the past week or so detail worrying trends and list some specific incidents. However, according to some observers, the releases offer only a glimpse into the reality. This is because, they say, most political deaths go unrecorded, particularly in rural or isolated communities where even mobile phone networks are non-existent.

For example, several individuals have spoken of a recent violent incident in Rufiji, eastern Tanzania, that went unreported. Residents were demonstrating outside local government offices when they say they were confronted with deadly force.

“They alleged they were attacked by the police then later the army,” says one source on condition of anonymity. “Local witnesses say over 40 were killed. There’s no way of knowing. Their deaths were not recorded and the bodies thrown in the sea.”

Another rural-based director who co-signed the letter by civil society organisations described other alleged abuses that go under the radar.

“The government and army forces act with impunity,” says the community leader. “They come into our villages with Fuso lorries, beat our children, steal our cattle, and kill our people. These are never recorded in local media. We are far away from the capital. We don’t have important contacts. We are pastoralists. We don’t matter. Our deaths or arrests are never recorded by coroners.”

Finally, the head of an NGO affiliated with a large international charity also told African Arguments about how many government abuses in Tanzania go untold.

“Tanzania has been famous for not using live bullets or tear gas or being violent…but that’s completely changed,” they say. “The space for critique and discussion has now shrunk…It’s just common knowledge that police and army will use violence and are not accountable…and we’re not able to publish reports which clearly state this.”

“A fugitive in my own country”

These worrying trends can be seen as part of a broader shift in Tanzania. Under President Magufuli, the country is moving away from traditional donors and democratic openness. It is moving towards resource nationalism, demands to “employ local“, and is relying more on partners such as China, which demand fewer conditions or none at all.

These changes, along with Magufuli’s robust approach to governance and anti-corruption drive, have brought certain benefits. Tax revenues have increased since he came to office in 2015, for example, while there have been visible improvements to roads, sewage systems and municipal services.

However, at the same time, the country’s reputation for relative press freedoms, democratic discourse and stability has been severely undermined. Many people are afraid to speak out, while researchers and journalists’ jobs have been made much harder. In fact, elements of this article may be illegal under Tanzania’s Statistics Act because the information has not been authorised by a government agency.

This sense of fear and weariness is growing across all levels of society. Investor confidence has also plummeted, while local and international businesses are reportedly complaining behind closed doors.

As the operator of one major haulage commented: “Before, we knew which dog was barking. Now, we wake up in the morning and literally don’t know what’s coming next. I run a million-shilling business, yet I feel like a fugitive in my own country”.

President Magufuli has severely tightened his grip on Tanzania in attempting to deliver what may be a popular agenda. However, as the death of Akwiline and the widespread expressions of criticism have shown, Tanzanians are not willing to pay any price for this vision. Magafuli will be listening and will need to be reflect and reconsider.