Thanks to clever accounting methods, mining companies tend to run at a loss so avoiding paying it anyway. 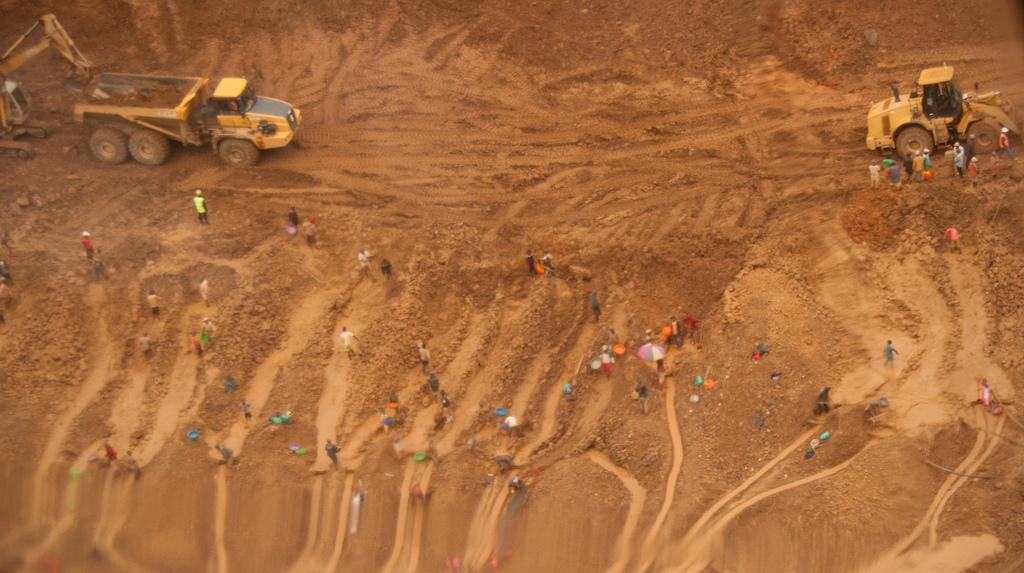 Mining in the Democratic Republic of Congo. Credit: USAID.

On 9 March, just two days after a six-hour meeting with some of the world’s most important mining executives, President Joseph Kabila signed into law a new mining code. Through this new legislation, the Democratic Republic of Congo (DRC) hopes to reap greater rewards from its huge resource wealth. A number of important fiscal changes have been reported, including a profit tax and royalties increase, including a 10% royalty tax on “strategic substances” and a 50% “super-profits” tax.

The intention behind these changes is that they will increase the mining sector’s contribution to state revenue. This makes sense. So far, government income from the industry has been well below its potential.

According to one study from 2010-11, for example, the average tax rate across the sector in the Congo was just 13%, well below the 46% considered reasonable by the World Bank. A more recent study by GIZ calculated that taxes collected from mining in 2011-14 amounted to just 6% of total mining revenue. Even the former IMF Head of Mission, Norbet Toé, argued that the Congo’s previous mining code was “too generous, so much so that the state captures very little in the end”.

From this perspective, the new mining code represents a welcome correction. It is part of a current trend across Africa whereby states are beginning to reassert themselves following generations of World Bank-led neoliberal restructuring.

However, while mainstream media coverage has focused on the various tax increases and resultant stand-off between President Kabila and mining executives, a wider issue has been generally overlooked – one that could mean the new mining code actually makes very little difference.

[No one knows what’ll happen in DR Congo, but here are the possibilities]

It is well-known that huge sums of money from Congo’s mining sector end up being misappropriated. As has been highlighted in countless academic and advocacy reports, publications and warnings, much of this is skimmed off by corrupt state officials.

However, as researchers Stefan Marysse and Claudine Tshimanga have noted, this is not the “most important black hole” when it comes to low state revenues. The quantitatively bigger problem is corporate tax evasion and avoidance practiced by multinational mining companies (MNCs).

Based on an analysis of mining company financial reports, Marysse and Tshimanga concluded that “international companies in joint ventures with [state-owned] Gécamines try to pay the least possible”. They found corporations “resorting to juridical-accounting techniques…to shift their profits to countries where they pay less tax”.

Mining companies do this through “transfer pricing”, a practice by which companies set up multiple subsidiaries and trade between them. Through this method, MNCs can artificially manipulate the prices of goods and services entering and leaving a country in order to shift profits to low- or no-tax jurisdictions.

A multinational could, for example, set up a subsidiary in the Congo that extracts copper and then sells it at a loss to a subsidiary in Switzerland. This second subsidiary could then sell it on for a profit. The balance sheet of the multinational that owns both these companies would much look the same, but the Congolese subsidiary would record major losses – meaning it wouldn’t pay any profit taxes – while the Swiss one would enjoy the big windfall.

This is, in fact, exactly what research indicates is happening. A 2014 study of Swiss-based Glencore, for instance, found that its Congolese subsidiary Kamoto Copper Company (KCC) ran at a loss of hundreds of millions of dollars each year from 2009 to 2013. At the same time, its Canadian-registered subsidiary Katanga Mining Limited ran at a net profit of over $400 million. This resulted in a loss of revenue to the Congolese state of more than $150 million. Recent KCC financials show a gross debt of $8.9 billion and a capital deficit of $3.9 billion.

Five mining company case studies conducted by Congolese civil society between 2015 and 2017 found similar practices. They concluded that “profit tax payments to the Congolese state are minimized by mining companies, and thus…this very important flow often remains hypothetical, or even almost zero”. As MP Alain Lubamba reflected recently, “there is this contradiction that emerges each time…when the miners declare losses [in the DRC] when their mother company is only enjoying success”.

Shining a light on financial practices

Given these practices, an improved fiscal regime and better state management of government revenue will do little to address the state’s low capture of mining revenue in the first place. Various tax increases and new super-profits tax are rendered impotent.

A first step to addressing this problem in the DRC must be to push subsidiary financial reports into the public domain, in the same way that MNCs registered on the New York or Toronto stock exchanges must publish their financial reports. This would bolster domestic and international efforts to address the issue.

Currently, subsidiary financials are jealously guarded by both companies and government officials, and with good reason. Once made public, the game will be up, and MNC misappropriation of government revenue might begin to spark a similar level of debate and scrutiny as there is around state misappropriation. Whisper it quietly, but it might even come to be seen as of greater importance.

[Update 29/3/18: The original said that profit tax had risen from 30% to 35%. A decision has reportedly been made to keep this tax rate the same. The article has been corrected.]

Ben Radley is a PhD researcher at the International Institute of Social Studies in The Hague. He focuses on the political economy of mining, multinationals and development in the Democratic Republic of Congo.