The Grand Inga dam could transform the Congo and the continent, if only it didn’t keep getting bogged down. 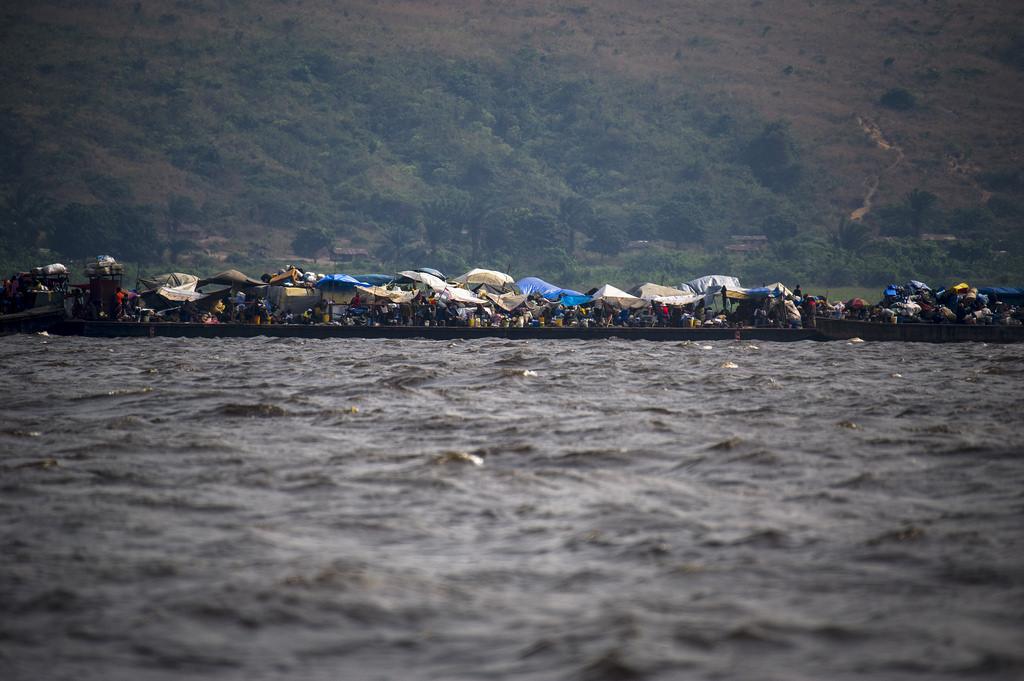 The Congo River is the deepest in the world. Credit: Ollivier Girard/CIFOR.

Of all the Democratic Republic of Congo’s (DRC) abundant natural riches – spanning from lucrative gold and diamonds, to cobalt and even oil – there is one that stands above all the others. Out on the western edge of this vast nation, the powerful Congo River, the deepest in the world, suddenly plummets. Here at the breathtaking Inga Falls, about 17 Olympic swimming pools-worth of water plunges by nearly 100 metres – every single second.

This is more than just a stunning spectacle. If the energy generated could be tapped, it could transform not just the Congo, but feasibly the entire continent.

There are already some huge dam projects underway in Africa. The 2,070 MW Lauca and 2,170 MW Caculo Cabaça dams in Angola, for example, will jointly supply most of that country’s power. Meanwhile, on completion, the 6,450 MW Grand Ethiopia Renaissance Dam will be the seventh largest in the world.

However, these all pale in comparison to the potential of the proposed Grand Inga Dam. Once described as “the pearl of all projects” by the director-general of the International Energy Agency, this project could generate a gargantuan 40,000 MW (or 40 GW). Not only would this surpass the capacity of China’s colossal Three Gorges Dam, currently the biggest in the world. It would nearly double it.

If this were to happen, it would increase the DRC’s current installed energy capacity by a factor of 16. South Africa and Nigeria would gain steady external supplies of power. And the Congolese government would generate huge revenues, benefiting from what the World Bank and African Development Bank have estimated would be the world’s lowest production costs at approximately 3 cents per kWh.

The provision of renewable energy would also offer an alternative to charcoal for cooking, removing the main cause of deforestation and CO2 emissions in Central Africa. It would provide a clean substitute for coal thermal plants, helping Southern Africa wean itself off this environmentally-damaging practice.

The Grand Inga Dam could change the face of the continent – if only it didn’t keep getting bogged down.

The ambitious project has faced numerous delays and disagreements, most recently last year. Construction had been due to begin in 2018, but in July 2017, Bruno Kapandji, director-general of the Congolese Agency for the Development of Inga (ADPI), announced some changes. He said that Inga 3, the first phase of the Grand Inga project, would be expanded from 4,800 MW, as initially planned, to 10,000 MW or even 12,000 MW.

“The national demand of electricity has risen considerably,” he said, justifying the new plan. “In addition, such capacity increase will boost the competitiveness in terms of costs.”

Kapandji added that these changes would push back the timeline. Power would only start to be produced in 2024/2025 rather than 2020/2021.

In 2014, the World Bank estimated that Inga 3 would cost $14 billion. Doubling its capacity means it will now cost a lot more.

Inga was already facing serious financial problems, which accelerated around July 2016, when the World Bank pulled out of the project. The Bank was frustrated that Congolese authorities had launched tenders before the completion of economic, technical and environmental studies it had financed. It was also concerned that the project was being run unilaterally by the presidency rather than by the government and with parliamentary oversight.

The international financial institution therefore suspended its disbursements, citing the “DRC’s decision to take the project in a different strategic direction to that agreed between the World Bank and the Government in 2014”.

Similar concerns about the management of the project have been raised by Congolese civil society. In August 2017, 103 domestic NGOs issued a letter criticising an “absence of transparency”. Under the banner of the Coalition Reformes Actions Publiques, the signatories urged President Joseph Kabila to publish all the data concerning the project, including the agreement with South Africa. The NGOs deplored the lack of a resettlement plan for thousands of villagers that would be displaced by the project and called for the involvement of civil society and local communities in all the phases of development.

Who will build the dam?

Despite the World Bank and other groups’ concerns, two consortiums – Spain’s ProInga and China’s Chine d’Inga – remained interested in building Inga 3. They were competing for the tender until June 2017, when Kapandji’s called on them to join forces and submit a single bid instead.

As far as we know, they have yet to do so. That may be partly because the Madrid-based consortium continues to contend with various ongoing tangles. ACS, the multi-billion dollar Spanish company behind ProInga, has been accused of causing huge environmental damage in the construction of a dam in Guatemala through another of its subsidiaries. Meanwhile, the consortium – led by CEO Florentino Pérez, who is also president of Real Madrid football club – faces allegations that it paid bribes to the political parties for favourable treatment.

The political crisis in the DRC itself adds to these complications. President Kabila’s mandated term ended in December 2016, but he has delayed elections and ignored calls to step down despite growing unrest. Many question whether the government now has the legitimacy to make far-reaching decisions that could, amongst other things, hugely increase foreign debt for years to come.

The large gaps in the project plan also make things difficult. For example, power purchase agreements are usually a precondition for bank financing, but while South Africa and Nigeria have expressed an interest in buying electricity from Inga, negotiations with neither them nor transit countries have even started. It is also unclear whether the costs of the newly-expanded plan for Inga 3 have been calculated and whether the effects of climate change have been incorporated. This is particularly important given that Congolese hydrologists predict that the Congo River might fall by 5% by 2030.

A miracle waiting to happen

Combined with growing opposition in Europe and the US to large hydropower projects due to concerns over negative social and environmental impacts, these obstacles have made it difficult to mobilise funds. China has notably not publicly renewed its 2015 pledge to finance the Inga project through its Eximbank. Similarly, EU officials are now ruling out the possibility that the European Investment Bank (EIB) will invest up to €800 million ($980 million) in Inga as it was considering several years ago.

This waning enthusiasm has been picked up by the intended beneficiaries of the project. When President Kabila met with then President Jacob Zuma of South Africa in October 2017, for instance, the record of their conversation did not mention Inga. The conversation about energy in South Africa has apparently largely moved on.

In the DRC itself, multifaceted concerns continue and questions have been raised around the lack of capacity reserved for the country’s own citizens. Under the initial plan for Inga 3, South Africa was to get 2,500 MW of the 4,800 MW generated, while Katanga’s mining industry would get 1,300 MW. That would leave just 1,000 MW for the rest of the country. It is unclear how power would be distributed under the expanded plan.

This extensive roster of worries suggests that the project will not be transforming Africa’s second biggest country any time soon. Myriad political, financial, environmental, social and management problems are all holding the plan back.

Yet crucially, none of this changes the fact that Inga retains the potential to be the world’s single biggest hydropower site and provider of enormous quantities some of the cheapest and cleanest energy on the globe. For now though, Grand Inga remains a miracle waiting to happen.

François Misser is a journalist and author of several books on Central Africa, including La Saga d’Inga.