Former President Joseph Kabila’s coalition now has overwhelming control of the Senate too. 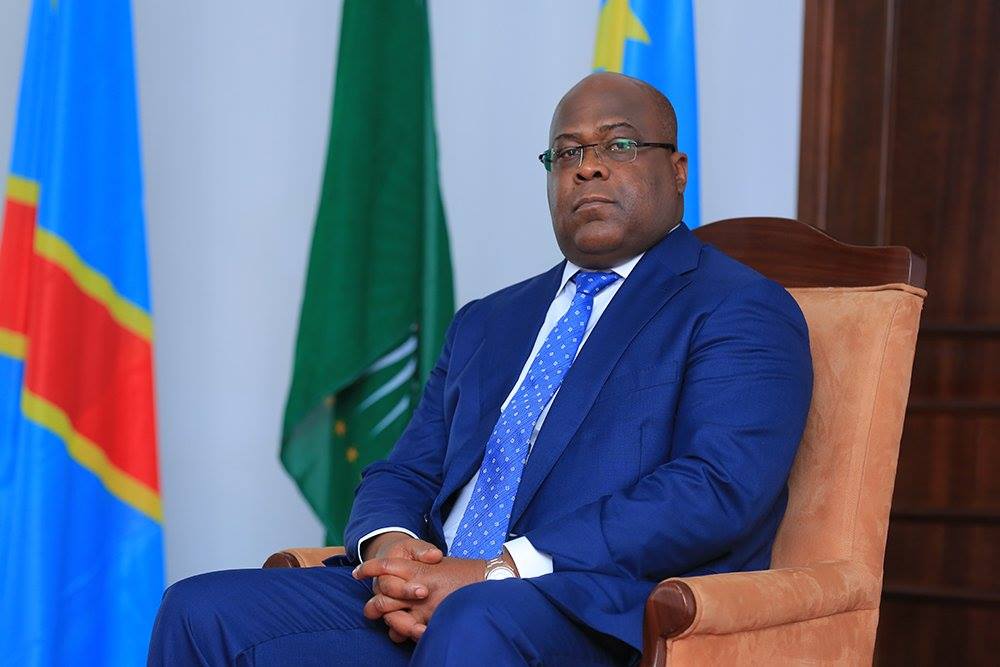 When President Félix Tshisekedi became the Democratic Republic of Congo’s (DRC) new president on 24 January, it was well-known that one of his biggest challenges would be to wrest power from the former regime. The last few weeks suggest that task may be even more difficult than assumed.

On 15 March, the DRC appointed its senators. These politicians are elected indirectly by the provincial assemblies, which are mostly aligned with former President Joseph Kabila’s Front Commun pour le Congo (FCC). It was expected that the Senate would end up with a similar composition. It came as a surprise therefore when the results gave the FCC an even stronger majority than anticipated.

Of 100 senators elected (with eight seats still to be filled), 91 were affiliated with Kabila’s FCC. President Tshisekedi’s Union pour la Démocratie et le Progrès Social (UDPS) ended up with just one senator, in Kasai Oriental, despite having enough provincial representatives to expect victories in at least Kinshasa and Kasai Central too. The election was allegedly highly corrupt, with FFC candidates buying votes on a large scale for tens of thousands of dollars as opposition deputies happily sold theirs.

On hearing the results, UDPS militants and Tshisekedi supporters took to the streets in the capital Kinshasa as well as in towns in Kasai province. They protested against what they saw as a rigged process and against the disloyalty of their representatives. In some places, large marches turned into riots as demonstrators targeted the properties of UDPS provincial deputies. UDPS interim president Jean-Marc Kabund demanded the elections be re-held.

On 18 March, Tshsiekedi convened a meeting in which he decided to postpone the inauguration of the newly-elected senators. The FCC hit back, saying the president had no authority to do this and urged the UDPS not to hold the electoral process hostage as it worked out its own internal problems.

In the end, on 28 March, President Tshisekedi declared that he accepted the results of the senate elections.

What this means is that Tshisekedi is now even more isolated in government than before. The FCC not has overwhelming control of the senate with 90 of 108 seats, but accounts for 341 of 500 members of the National Assembly; despite performing terribly in the hugely questionable 2018 presidential elections, the former regime somehow managed to increase its legislative majority. Kabila loyalists also occupy top positions in the security apparatus as well as in key sectors of Congo’s economy.

Following the senate results, some observers were surprised the FCC left so few crumbs for other parties. It is hard to tell if that was due to central strategy or the result of individual candidates’ own efforts to secure access to lucrative senate positions. But either way, the elections are a further sign that, although the presidency is no longer in its grasp, the FCC will continue to exercise its vast remaining influence. It will do all it can to prevent Tshisekedi, the UDPS, and the Cap pour le Changement (CACH) coalition from gaining any real power or ability to control policy, posts or finances.

Tshisekedi in the middle

In the aftermath of the DRC’s intensely disputed 30 December 2018 elections, most international and domestic instances eventually put aside their reservations. Despite clear evidence that opposition leader Martin Fayulu had been the true presidential victor, with around 60% of the vote, many foreign powers as well as Congolese bodies chose to recognise Tshisekedi as the new president.

This rationale was largely pragmatic. It is widely believed that Kabila had orchestrated Tshisekedi’s victory as a Plan B when stealing the election outright proved impossible. In the face of this alleged fraud and presumed last-minute Kabila-Tshisekedi pact, international players and leaders such as Kinshasa Archbishop Fridolin Ambongo could have adamantly refused to recognise the results. Instead, however, many of them decided to put their efforts into supporting Tshisekedi to help him increase his leverage once in government. They saw an end to President Kabila’s reign as the priority.

Tshisekedi has attempted to build on this support. He has invested himself in the Africa Union, which elected him as its vice-president in February, and has sought to strengthen relations with neighbouring Rwanda, Uganda and Angola. Building relationships with Western partners has proven trickier. Their position tends to be more ambiguous. The US, for example, has imposed sanctions against senior officials in the electoral commission for fraud and corruption, suggesting it sees the poll as illegitimate. At the same time, however, it is seeking to reinforce that same process’ victor and has invited President Tshisekedi to visit Washington DC in early-April to discuss economic and security ties.

Two months into his presidency, it is clear what an ambiguous and uncomfortable situation Tshisekedi is in. His main supporters don’t necessary believe he is the rightful president. A frustrated Congolese public are waiting cautiously to see if he can improve their living conditions. And his coalition partners in government are doing all they can to keep him from holding any real power, as the recent senate elections showed.