Is change a real option? The choice facing voters in Zimbabwe’s elections

With Zimbabwe’s main parties sounding different but looking the same, could a wave of local independent candidates bring some hope? 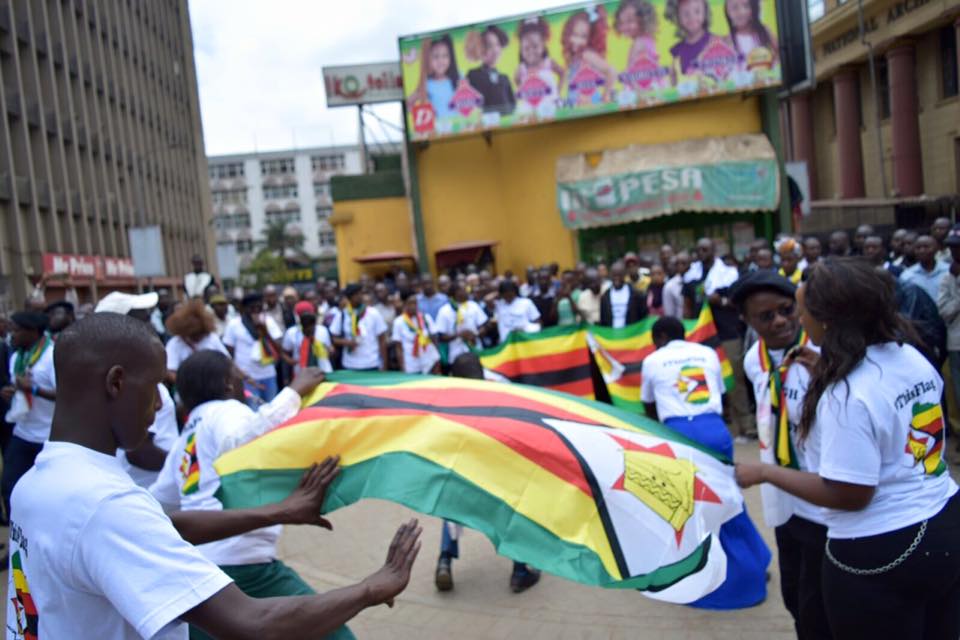 With President Emmerson Mnangagwa’s announcing that general elections will be held on 30 July, Zimbabwe now has just two months to go before the big day. These will be the country’s first ever polls without Robert Mugabe at the helm, and in this new era, everyone is promising change.

The upcoming vote will certainly look different. For the first time in over two decades, for example, the presidential race will no longer be a contest between the same two figures. Mugabe was forced to resign last year after 37 years in power, while veteran opposition figurehead Morgan Tsvangirai passed away this February.

On the surface then, this looks like unchartered territory for a new Zimbabwe. But what has really changed?

Since the army rolled into Harare in November 2017 and forced Mugabe to resign, the ruling ZANU-PF has been working hard to rebrand itself.

Internationally, President Mnangagwa and his cabinet have been busy in touring the world and proclaiming Zimbabwe “open for business”. At home, they have tried to present themselves as a newly-reformed party prepared to democratise and engage in dialogue with the opposition.

Six months since Mugabe stepped down, however, it is hard to see real evidence of this change on the streets. Basic costs of living continue to increase, there are still major cash shortages, and Mnangagwa’s promised meeting with opposition leaders is still pending.

ZANU-PF’s promises to be tolerant of dissent have also been contradicted by its actions. In the past few months for example, the government has clamped down forcefully on student protests and fired over 15,000 nurses who were striking for outstanding allowances dating back to 2010.

The party’s manifesto, launched last month, also suggests ZANU-PF is obliviousness of the extent to which public services have declined under its watch and how badly economic uncertainty is crippling the lives of ordinary citizens. For most Zimbabweans facing these realities, the party’s promise to transform Zimbabwe into a middle-income country by 2030 is unrealistic without drastic reform.

In short, Mugabe may no longer be president, but Zimbabwe under the rule of his long-time protégé and former vice-president does not seem all too different.

[Zimbabwe: Why President Mnangagwa never takes off his scarf]

The opposition: scattered and indecisive

On the other side of the divide, Zimbabwe’s opposition is also claiming to be the voice of change, but similarly struggling to break with the past and, in particular, its tendency to splinter and in-fight.

Prior to Mugabe’s ouster, there were hopes the opposition would form a united front, but disagreements between Tsvangirai and former vice-president Joice Mujuru over who would lead the coalition scuppered these efforts.

The MDC-T, still the biggest opposition party, also further fragmented following Tsvangirai’s passing. After his death, it was unclear who should succeed him. In this vacuum, Nelson Chamisa, a former student union activist who leapt onto Zimbabwe’s political scene in 2009 as the country’s youngest MP at the age of 25, emerged as the new leader somewhat unconstitutionally. His main rival and party vice-president Thokozani Khupe was ousted and has now established her own breakaway party.

Some opposition parties are still banding together. This includes the MDC-T under Chamisa, factions led by former finance minister Tendai Biti and Welshman Ncube as well as parties such as ZANU-Ndonga and Zimbabwe People First. This alliance is hoping to cause an upset in July. However, it faces the critical challenge of convincing voters that its leaders would be trustworthy alternatives to the status quo and that the coalition has a viable alternative vision.

This group is also promising change. But led by familiar and all-male faces, they will struggle to present themselves as a breath of fresh air, while they have so far failed to present concrete policies in promising economic growth and job creation.

[Reigning men: Where are all the women in this new Zimbabwe?]

For the most part then, July will have to be a choice between a familiar-looking ruling party and familiar-looking opposition. However, for some voters, there may be an alternative option on the ballot paper. In an attempt to bypass chaotic national politics, a number of independent candidates have emerged at the local level.

The prominent lawyer Fadzayi Mahere, for example, is running to be a member of parliament in Mt Pleasant, Harare. The 32-year-old vows to represent “every individual who is fed up with the status quo, rising to be counted”. If elected, she has promised to run local programmes such as business training workshops, free health and legal clinics, and community clean-up campaigns. Mahere has actively distanced herself from “party politics and party squabbles” at the national level and focused her campaign on local concerns.

There are also eleven candidates competing as part of a new citizen coalition known as People’s Own Voice (POVO). They are running for local government in wards across Harare. Their campaigns focus on restoring the capital, improving transparency, and increasing the accessibility of health and education services. The most well-known among them is Evan Mawarire, the #ThisFlag pastor and activist who inspired mass protests in 2016. As the coalition’s spokesperson, he has been keen to emphasise that the grouping’s goal is to support local action for local change and that it is not a political party.

The political landscape in Zimbabwe has left many citizens feeling frustrated with the choices presented before them. The main option appears to be between the perennially disappointing ZANU-PF and an uninspiring and untested opposition. Neither fills most voters with a great deal of hope. Smaller parties and independents could diversify voices in parliament and reduce ZANU-PF’s dominance, but they are unlikely to shift the overall balance of power.

With two months to go before Zimbabwe’s elections then, it is clear that despite some changes at the top, the country is in dire need of a new crop of political leaders who can be accountable to the people rather than slaves to party politics. Electing some radically different, community-focused individuals could begin the process of rebuilding, improving and decentralising the country’s governance systems. But beyond that, it is incumbent on ordinary Zimbabweans to imagine alternative democratic options and work actively towards creating them. If politicians and citizens alike are to avoid the Mugabe-era’s mistakes, a radically different approach is necessary.

Wadzanai Motsi-Khatai is a Zimbabwean writer and founder of the African Democracy Experiment (https://adex.website/).