Losing my religion? The backlash to Boko Haram in northern Nigeria

In the birth place of Boko Haram, religious fervour has dimmed after years of unrest. Attendance at Islamic events is down. School enrolment is up. 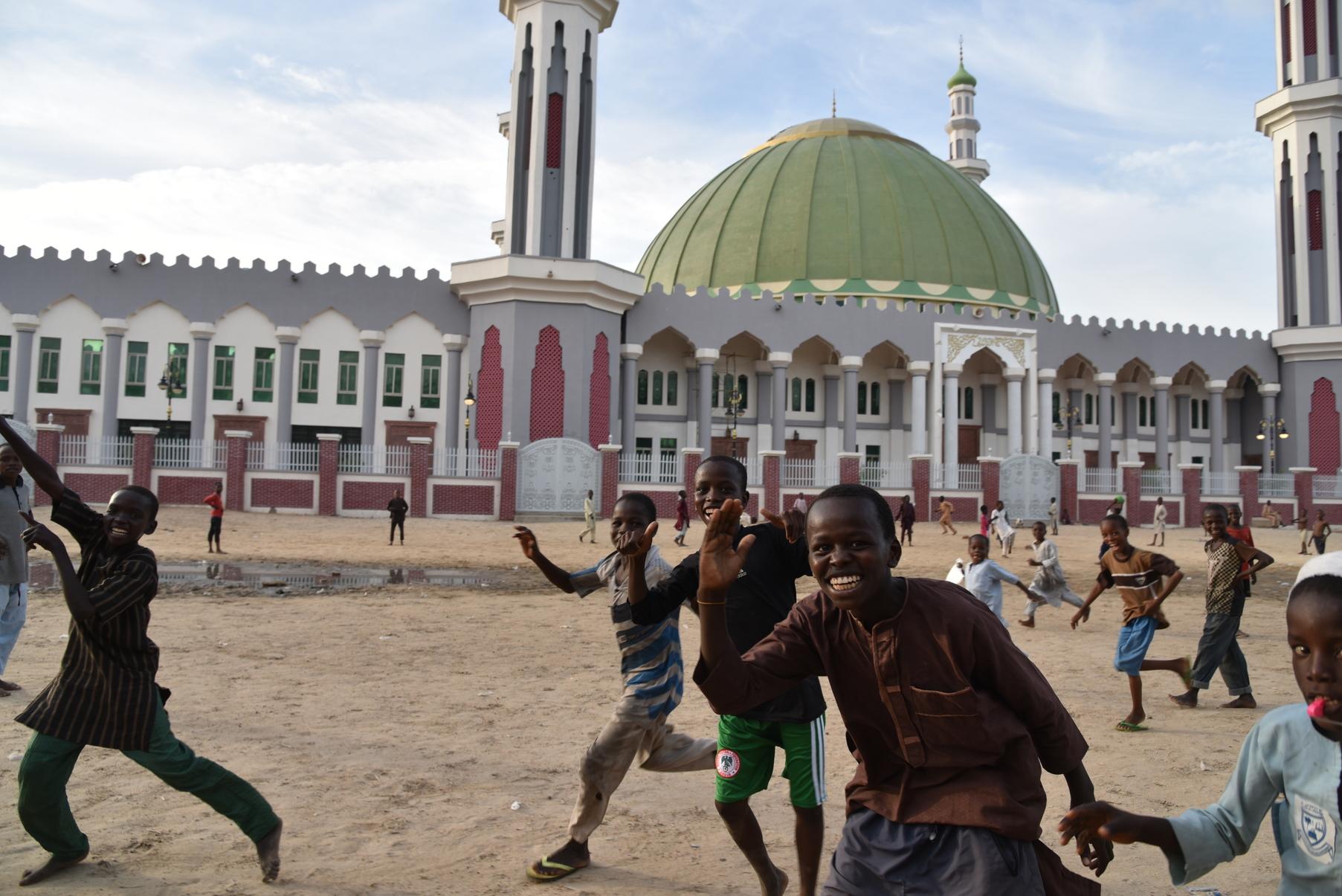 Business is not going so well for Ibrahim Garki. A religious bookseller for 35 years, he had hoped that when he finally retires, his children would take over his corner shop in Monday Market in Nigeria’s northeastern city of Maiduguri. But that plan looks increasingly in doubt.

On Garki’s bare wooden shelves, there is not much more than the set books of the primary school Islamic studies curriculum and copies of the Koran. He stocks hardly any of the classics of Islamic thought and has only a few copies of the book of daily prayer, which nearly all youths in Maiduguri once carried in their top pockets.

“People are not reading Islamic literature anymore,” he laments.

Garki attributes this partly to new technology − “everything is available on the internet”, he says − but that is only half the story. Here in Maiduguri, the birthplace of the jihadi-Salafist group Boko Haram*, many people seem much more ambivalent about religion than they once were.

Suleiman Aliyu, the headmaster at a private Islamic school, recalls how crowds of rapt young men used to listen to lectures by Boko Haram’s founder Muhammed Yusuf “shaking with passion”. But in the wake of the Islamist group’s vicious nine-year insurgency, in which 30,000 people have been killed and more than two million displaced, this fervour has dimmed.

“People took religion so hard, they were so dogmatic”, says Aliyu. “Now they see that has resulted in the problems we have today. They understand that religion is not by force.”

“Before, people embraced religion and practised it in their daily lives,” echoes Mohammed Yakoub, who was a successful businessman before the war but now struggles to make ends meet as a day labourer. “People are now more cautious. If you’re religious, you can’t show you’re too religious as people may misinterpret it.”

As well as in reduced sales of Islamic readings, this change of heart can also be seen in diminished attendance at religious events, even Friday prayers. “People are boycotting the mosques,” says welder Ibrahim Suleiman. “People are afraid of the bombs, but they also no longer trust religious leaders as before.” In what can be seen as a backlash against Boko Haram, which rejected the formal education system, school rates have also risen sharply in Maiduguri − at least anecdotally.

“Now people want education. Enrolment is so high,” says Aliyu, the headmaster. “They realise they were fooled.”

Much of the standard literature on combating “violent extremism” (a loaded term whose root causes are poorly understood) sees education as an antidote to extremism. But Muhammad Abdullahi, a former director of religious affairs for Borno State, insists that this is not the case if the system itself is broken. He points out that the “Nigerian Taliban”, the precursor to Boko Haram, included a surprisingly large number of students from the University of Maiduguri.

“Ideas can be very dangerous. People can have guns in their hands, but also guns in their heads,” he says. He therefore calls for an overhaul of the education system, geared to both countering radicalism and providing the practical skills training that would be of value in the Nigerian job market – an assumption of the perceived (but far from proven) link between unemployment and violent extremism.

The religious establishment has also had time to reflect on the growth of Boko Haram. Clerics now generally embrace the idea of some kind of regulation to ensure a similar movement is never allowed to take hold – overhauling the current laissez faire approach where the government has no control over the 300 mosques in Maiduguri where Friday sermons are delivered.

“Anyone that preaches must be registered,” says Sheikh Al-Goni Sa’ad Ngamdu, secretary-general of Jama’atu Nasril Islam, the umbrella group of Nigerian Muslims. He sees the role of Friday sermons as an opportunity to “guide” people so they can “understand the true religion”.

To that end, he along with other reform-minded clerics have produced their own collection of sermons that address modern-day social problems, including issues of religious co-existence and the “rights of the vulnerable”. The aim is to replace a 50-sermon booklet that imams have used for hundreds of years in Nigeria, never deviating from the recommended text.

“Everybody was angry with the government”

In these myriad ways, people in Maiduguri are rejecting Boko Haram’s teachings. Yet the conditions that allowed the group to gain popularity in the first place remain.

“Everybody was angry with the government; that’s why Mohammed Yusuf was popular,” adds Yakoub, the businessman-turned-labourer.

The power of Boko Haram’s message is that it proffers spiritual solutions to very real secular concerns over corruption and injustice, which traditional politicians – and the allied religious establishment – failed to answer.

For most people today, those material conditions are even worse than nine years ago. The government feels similarly absent and individuals like Zannah and Suleiman, the welder, are clear-eyed over the government’s failings. “Those in Abuja appear to be doing nothing,” says Suleiman.

Yet after a decade of fighting, many in Maiduguri are all the more horrified by the indiscriminate brutality that Boko Haram has committed in the name of Islam. “That violence is what led me to believe they were bad for religion,” adds Suleiman. “They preached hatred and divided people…Their jihad has failed.”

Obi Anyadike is a journalist and research fellow with the Open Society Foundation exploring recruitment by Boko Haram. Follow him on twitter at @Enugu62.