DRC elections: The field, the rules and the potential game-changers 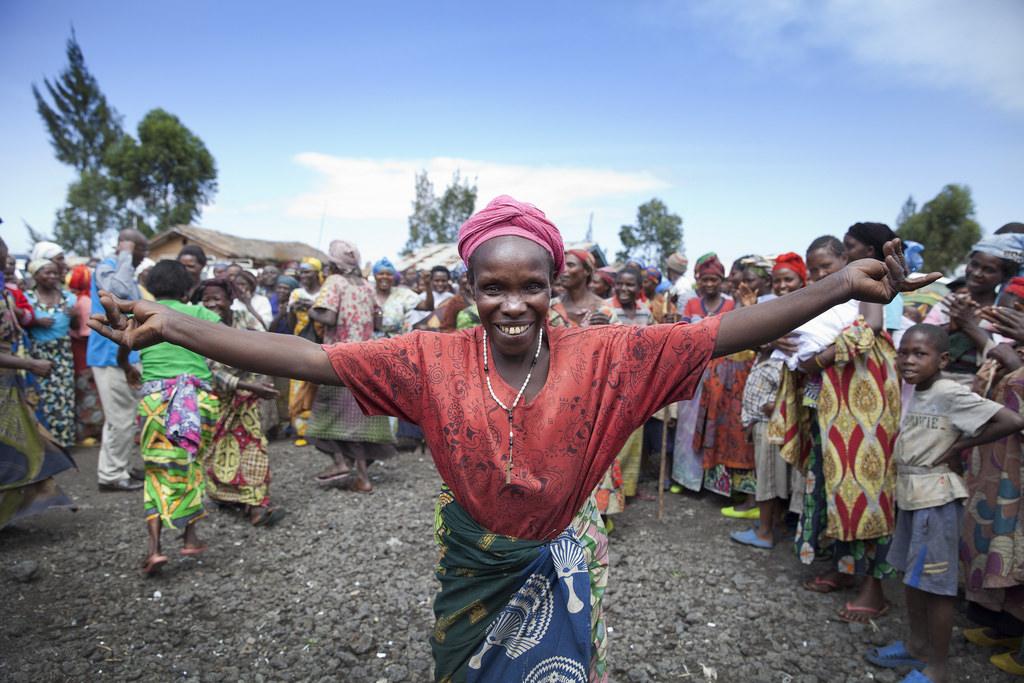 What can we expect from the long-awaited DRC elections? Credit: UN Photo/Sylvain Liechti.

As the Democratic Republic of Congo (DRC) prepares for elections on 23 December, there are still some technical concerns surrounding the vote. The finances, logistics and security of the process all remain somewhat uncertain. Yet after years of deliberate attempts to delay elections, this time it looks like the Congolese government is doing everything it can to ensure they actually happen.

If they do, the outgoing President Joseph Kabila will be doing all in his power to support the regime’s candidate. In August, key personalities in the presidential ruling majority came together to pick their nominee for the elections. After long and complex discussions, the group selected Emmanuel Ramazani Shadary, a former interior minister and secretary-general of Kabila’s Parti du Peuple pour la Reconstruction et la Démocratie (PPRD).

This choice is a clear reflection of Kabila’s strategy for when he steps down. By picking the relatively unknown 57-year-old, the president appears to be trying to create his own political class – one made up of figures that have few ties to international actors and lack independent power bases. This means they are completely indebted to Kabila.

The main remaining question is where the rest of the regime stands. Will the different antagonistic forces accept and loyally support Shadary as a compromise candidate? So far, that does not seem to be the case. The ruling majority is divided. Many influential figures had their own ambitions and are now frustrated. Meanwhile, everybody is nervous because they will have to re-navigate their place in the post-Kabila constellation. Until now though, the regime has managed to keep these cracks under the surface. If if finds itself struggling, it may have to rely more on its military pillar to maintain its authority.

Up against Shadary are several challengers. On 11 November, seven key opposition figures gathered in Geneva as the Lamuka (“Arise”) Coalition to pick a single candidate. Previously, Moïse Katumbi and Jean-Pierre Bemba had been touted as the most promising opposition leaders, but their disqualifications left Félix Tshisekedi and Vital Kamerhe as the principal contenders to unite the opposition.

Eventually, however, the group decided on Martin Fayulu to be the alliance’s joint flag-bearer. The Kinshasa-based MP has a lot of grassroots credibility in the capital, but is largely unknown as a national figure. He was likely a compromise candidate, though the historic compromise did not last long. 24 hours after the agreement was announced, Tshisekedi withdrew his signature under pressure from party militants on the ground. A couple hours later, Kamerhe did the same.

For now, the five remaining signatories of the Lamuka Coalition have stuck with their decision to support Fayulu. They hope to broaden the coalition with other political leaders and civil society (including church) support. Nonetheless, the aftermath of the Geneva meeting has certainly created an impression of total mediocrity in the opposition.

On paper, the presidential race seems very open. According to a recent poll, Tshisekedi is backed by 36% of voters, followed by Kamerhe (17%), Shadary (16%) and Fayulu (8%). Given that the DRC uses first-past-the-post system in which whoever gets the highest number of votes wins, Tshisekedi is the candidate to beat – assuming the contest is free and fair. At least, that was the situation before the Lamuka Agreement. It remains to be seen to what extent the coalition around Fayulu will be able to mobilize an electorate.

[Divide and rule: The problem with the DRC’s electoral system]

But that’s a very big assumption. The reality is that the regime will step in. Shadary has not won the hearts and minds of voters. He is not well-known internationally, lacks financial means, and has more enemies than friends. But, crucially, he will fall back on the state apparatus, including the repression machinery and the official media.

If the Congolese government manages to organise the elections in time, it will organise them in order to win them. It will deploy all the pressure, fraud, intimidation and violence necessary to do so. The chances of free and fair elections are nil. That is why the authorities are deploying heavy repression against any potential watchdogs. Congolese journalists and observers bear the brunt of this, but foreigners are also targeted. I am the most recent victim of this crackdown: last month, the government arrested, detained and expelled me from the Congo.

In 2016, many observers, including the authorities themselves, believed that grassroots urban anger could be a game-changer in the DRC. People were frustrated that their precarious living conditions had not improved since the fall of the notorious dictator Mobutu in 1997. They complained that unemployment is endemic, decent housing either hard to find or unaffordable, and good health care and education nearly inaccessible to most.

This, combined with Kabila’s refusal to organise elections, led to huge widespread protests. The regime managed to contain the violent potential of this anger with its impressive machinery of repression. The church became the main actor capable of mobilising people, but this capacity has diminished as the government promised to organise elections and then when Kabila confirmed he would step down.

In 2017, as the situation shifted, many believed it was regional and multilateral institutions that were the most likely game-changers. Neighbours like Angola were deeply concerned at the possible impact of further destabilisation across the border. Regional governments no longer saw Kabila as the best guarantee against another implosion in the heart of Africa. Talk of a “Gambian scenario” – in which the region blocked a long-standing dictator in imposing himself – spread.

But the Congolese opposition never created the impression that it was a better bet for stability. Meanwhile, Kabila’s appointment of a successor bought the regime some renewed goodwill from the DRC’s neighbours. Today, it is not clear if the likes of Angola and South Africa have the same interest as before in regime change beyond a managed succession from Kabila to Shadary.

As we speak, in November 2018, the main source of instability is from local conflicts. In different parts of the country and at various levels, leaders are attempting to reinforce their authority in complex webs of power. This political competition as elections approach is leading to rising tensions and violence both between and within communities. In some places, armed groups have re-emerged and the risk of trans-border conflict has increased.

The situation in Ituri, Beni and South Kivu is concerning. The Kasai remains highly volatile. And in many other places such as Congo Central and Sud-Ubangi, tensions could polarise quickly.

The regime is currently doing everything it can to organise elections on 23 December and install Shadary as the new president. If this happens, the polls will lack credibility and the results will be contested. At this point, many scenarios could unfold, but there is a fair chance the regime will get away with it.

In that case, the international community will have to redefine its relationship with a new Congolese government. That new administration under Shadary will have to work out its fresh internal power balances between antagonistic interest groups and regions, but the regime will be very similar to its processor. It will be one based on patronage networks and bad governance.

It was under Mobutu that the word “kleptocracy” was first coined to describe then Zaire’s system of endemic corruption. President Kabila never managed or even tried to change that system. He merely made it more sophisticated and adapted it for a globalised world. Even after elections and a hand over of power, Congo’s instability will not be over any time soon.